“The grace of the Lord Jesus Christ, and the love of God, and the fellowship of the Holy Spirit, be with you all.” II Corinthians 13:14

Did you know that every major branch of the Christian Church, whether it is Roman Catholic, Eastern Orthodox, Presbyterian, Pentecostal, Protestant, or Reformed, all teach the doctrine of the Trinity? This Doctrine of the Trinity teaches that there are three persons who are God: God the Father, God the Son, and God the Holy Spirit. Yet, even as we teach that, we say that there is but one God. 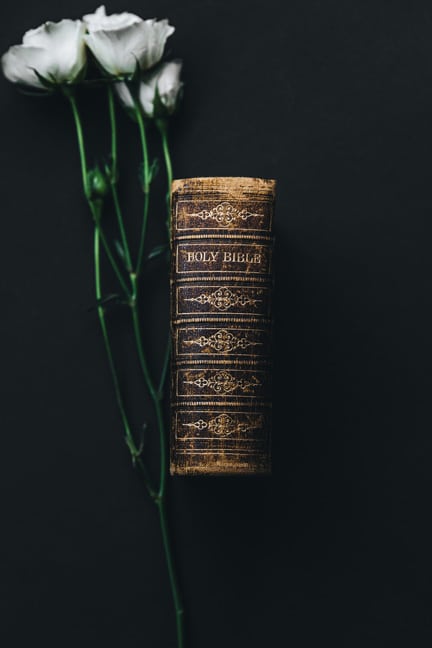 I have a six year old son in Kindergarten. One of the very first things that he learned was that 1+1=2, and then, if you would add another 1 (1+1+1) that would equal three. Why would anyone who believes in three divine Persons insist that there is only one God? The answer to that question is found in the first half of question and answer 25 of Lord’s Day 8 in the Heidelberg Catechism. It says very simply, “Because God has so revealed Himself in His Word…” The Bible teaches that the Father, Son, and Holy Spirit are each God, and yet at the same time, the Bible teaches that there is only one God.

The Oneness of God

The one-ness of God is taught very clearly throughout the Bible beginning already in the Old Testament. It is clearest in Deuteronomy 6:4 where God says: “Hear, O Israel! The Lord our God, the Lord is one!” In Isaiah 46:9 the Lord says: “I am God, and there is no one like Me.” The Old Testament insisted that there is only one God and it teaches us that we are to worship that one God and nothing else.

There are many passages in the Bible that teach us that Jesus is the Son of God. In John 1:1 we are told that the Word was with God and that the Word was God. Later in the same chapter we read that Word is declared to be Jesus Christ. During His ministry, Jesus did many miraculous deeds, exercising power over the forces of nature and mankind. He also exercised His authority to forgive sins.

Did you ever wonder why the religious leaders of the day wanted desperately to kill Jesus? It was because He claimed to be equal with God. That was blasphemy to their ears. They could have stoned Jesus to death immediately, but instead wanted Him crucified. They reasoned from the Old Testament that a person who hangs from a tree is cursed of God. If Jesus were crucified, it would proved He was not God. How could God reject Himself? To them, crucifixion proved Jesus was not God.

But Jesus overcame that obstacle in a unique way. He rose from the dead. By doing so, He proved His power over death. Death could not hold the Eternal One.

In Acts 5, Ananias & Sapphira made a donation to the church. They lied about how much they had kept for themselves in order to make themselves appear to be more generous than they really were. Peter’s reply to them is this: “You have lied to the Holy Spirit. What made you think you could do such a thing? You have not lied to men but you have lied to God.” Certainly, that passage refers to the Holy Spirit as God.

We must be careful to acknowledge that the Father and the Son and the Holy Spirit are distinct Persons within the Godhead. The Father did not come as a baby born in Bethlehem. The Holy Spirit did not live as a man upon the earth. Nor did either One die upon the cross. Those were accomplished by the Son in the Person of Jesus Christ.

The Bible very clearly teaches that there are three divine Persons united as one God. This is what we must believe because this is what God has revealed to us about Himself.

The Bible teaches the equality of the three Persons within the oneness of God. No Person in the Trinity lacks any of the divine attributes of the other. None within the Trinity is inferior to the other. All are equally infinite in power, splendor, wisdom, love, and holiness. All are equally eternal, equally uncreated, without beginning and without end. This is true because all three Persons share the same divine essence.

The comfort and joy of this doctrine is that within the Trinity there is a total unity of purpose and harmony; there is a complete oneness of will. The Father, Son, and Holy Spirit never disagree with one another. In this oneness of will, the Son never contradicts the will of the Father. It is never the case that the Father wants one thing and the Son wants something else. Jesus the Son came to do the will of His Father. Likewise the Holy Spirit always does His work in perfect cooperation with the purposes of the Father and the Son.

The second Person of the Trinity left the glory of heaven to become a man. He took upon Himself our guilt, our shame, and our sin. He died for us upon the cross. We must understand, however, that it was not just Jesus coming. It was the Son of God coming as planned and as prophesied by the Father already centuries earlier in the Garden of Eden. It was the crushing of the serpent’s head.

As Jesus Himself said in John 6:44 “No one can come to Me unless the Father who sent Me draws him…” Salvation is a work involving the Father and the Son and the Spirit. The Father loved us enough to send His Son and then draws us to Jesus; The Son poured Himself out on the cross as the ultimate sacrifice for sin; and the Spirit softens our hearts, making us receptive to the Gospel promises. Each Person of the Trinity works in cooperation with the other two to bring about our salvation.

There is nothing more wonderful and also nothing more necessary than to be drawn into the marvelous love which the Triune God has shown to us.