The holiness of God is evident in our creeds and confessions.  It is also seen in the Lord’s Prayer when we confess, “Hallowed be they name.” Psalm 99 instructs us of God’s attribute of holiness and how we are to respond to it. 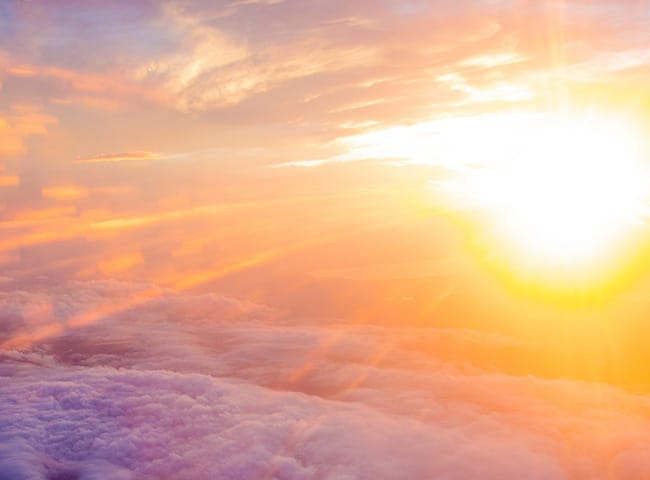 The Exalted King (verses 1-3) In the first three verses of Psalm 99, we see four distinct aspects of the Exalted King. First we see that He reigns and He is enthroned. “The LORD reigns” refers to the everlasting King, Jehovah. The re­sponse by the people is necessary. They tremble because they live their lives before the face of the great King.

The King’s reign reaches far and wide. He is the king of all creation. Even the earth responds to His majesty. When Moses ascended Mount Sinai, the earth shook, for Moses was in the presence of the LORD (Exodus 19:18). The power of God manifests itself in creation. Everyone knows that God is at work and the earth is His creation. Though many deny, by word, they often affirm it in action. Think what happens when a natural disaster devastates a region. Some might ask what did they do to turn God’s anger upon them.

The second characteristic we see here is in verse 2. We read, “The Lord is great in Zion.” The place called Zion carries with it both a geographical and spiritual meaning. Zion is Jerusalem, or more specifi­cally the mountain in Jerusalem.

There is also a spiritual meaning to Zion. Zion can symbolize heaven. In the Old Testament, the taber­nacle and temple were symbols of Immanuel—“God with Us.” Zion is the holy city where the almighty God dwells. Zion is where we long to be to see our God in His glory. May this always be our heartfelt desire.

The third characteristic we see of the exalted King is that He has a powerful name. Kings always have names and titles by which they are to be referred. The name of the Lord, Psalm 99 tells us is, “great and awesome.” The name renders honor and respect and reverent awe from His loyal sub­jects.  The names of God reveal much about Him. His name is Je­hovah, which is the covenant name of God. To hear that name must provoke the idea of grace into our minds.

Beyond His name, there is a fourth characteristic in the Psalm. We read “Holy is He!” This phrase is repeated almost word for word in verses 5 and 9. You will notice that the three divisions of this Psalm all end with that phrase. What does it mean that we serve a holy God? When Adam was in the image of God, our catechism tells us that he had perfect holiness. He was in communion with God and he was without sin. But something changed when Adam sinned, he lost his ho­liness. We do not have this attribute anymore. Therefore, we are un­holy.

Unholy sinners cannot approach God on their own. We either need to bring something to Him or His attitude has to change about us when He looks at us. The works of our hands, our thoughts, and emo­tions are all unholy. We have noth­ing that we can bring to God. The only way to approach this God is with Jesus Christ. For He was holy. He stands in our place so that we can approach God. He is our holi­ness and He attributes that unto us by His grace.

It is as if we are standing before a judge and the evidence is stacked against us. There is no way that there will be insufficient evidence. We know we are guilty and so does the judge. It is not that the judge fails to punish our sins. He does so, but the one charged guilty in our place is Christ. Praise God!

This beautiful and free salvation affects every aspect of our lives in terms of how we view ourselves and our God. When we come be­fore God in prayer and worship, it is always in terms of being a re­deemed people. To be a redeemed people means that we have been purchased. Now we belong to Christ, our pardoner. This is the work of the exalted King.

Psalm 99:4 begins, “The King in His might loves justice.” Upon reading this, we should see that this is bad news for us.  We are the guilty ones. God is a just God, and He loves justice. Since He is just, He is the standard of justice. God has executed justice and righteousness in Jacob. This is a reference to Is­rael as a theocracy.  We live in a democracy, that is, a rule by the people. Israel was a theocracy, which is a rule by God.

Our law and constitution in America are the standards of jus­tice in this land. The president elects judges that can interpret the law and constitution with fairness and equity. However, there are loopholes in our system. If some­one is tried for a crime, he could be acquitted if there is insufficient evi­dence. Maybe there are no wit­nesses to a crime. Maybe the crime was committed a long time ago and the statute of limitations on the of­fense has run out. God’s law is dif­ferent. His law is the ultimate au­thority. God knows hearts and minds and nothing can be hidden from Him. He will mete out justice because He is just. As the judge, He condemns us as guilty.

Yet, there is hope found in the footstool of God. This Psalm is in the context of the temple. What in the temple is the footstool? Remember where God is present. On top of the ark of the covenant, there were two cherubim.  God was enthroned upon the cherubim. So where would His footstool be? On the mercy seat of the ark of the covenant.  On the day of atonement every year the priest would enter the holy of holies and sprinkle blood on the mercy seat. The sins of the people would be atoned for.

Blood no longer needs to be sprinkled, for it was all poured out on Calvary. Our sins are atoned for; Christ accomplished what the priests foreshadowed in the Old Testament. Today is the day of atonement!

Psalm 99:5 concludes in the same way that verse 3 concluded, “Holy is He.” His holiness is shown by His residence. He dwelt in the holy of holies–a place no person could go. The only hope was through the priest, once a year, as the intercessor.

The Gracious King Psalm 99 continues by reminding the people of Israel and us of some great men of the past. “Moses and Aaron were among His priests, Samuel also was among those who called upon His name.” What is so special about these three men? Moses led the people out of Egypt and brought them to Mount Sinai where they received the Ten Com­mandments. Aaron and his sons became priests to speak for the people to God. They were to per­form sacrifices and intercession. Samuel was a prophet whom God called to service. What did these three men have in common? They all sinned greatly at one time or another, but they were all in the presence of the Lord.

These great men of faith were not perfect. They were sinners. Yet the sovereign God called them, led them, and blessed them. These men called upon God and “He answered them.” God listened to the voice of His servants. He heard their cries and prayers, just as He hears our cries and prayers in Jesus name. Praise be to God for His great grace for His covenant children.

We see God’s grace even more when we read next that, “In the pillar of cloud He spoke to them.” God not only listened to them and led them through the wilderness to the promised land, but He even condescended Himself to dwell among them.  As we confess with the prophet Isaiah, “God with us.” They obeyed God and they believed His word.

In verse 8 we see another aspect of this gracious king. He is just forgiver. Our text states, “O LORD our God, you answered them; you were a forgiving God to them, but an avenger of their wrongdoings.”

Even though God chastises His children for their wrongdoing, He does so in order that they may be more ready to serve Him. It is for their good. It is for the very sake of their souls. All throughout biblical history we see the chastising grace of our God. From the time that Adam and Eve sinned in the garden of Eden, to the time of the flood, to the grumbling Israelites in the wil­derness, and many times in be­tween, we see that God is surely gracious with His people. This is even more evidenced with the phrase, “you answered them.” God could have turned a deaf ear to their cry for help, but he didn’t. No, God answered them and He for­gave their sins in grace.

Psalm 99 concludes, “for the LORD our God is holy.” This is the third time that our Psalm states that God is holy. This can be taken as a Trinitarian holiness.  The Trinity should come to mind at this point. Our God is thrice holy. As the an­gels of Revelation claim, “Holy, holy, holy, is the Lord God Al­mighty.” We serve a holy God: Fa­ther, Son and Holy Spirit. This is to whom our awe, worship, praise and adoration is to be given.

God is what we are not. God is holy. This must be a comfort to us, for we know ourselves. Parents oftentimes can predict what their children will do. They can tell what a certain expression or phrase from their child means. Maybe a parent knows that their child is lying when they ask a question and their teenager re­peats the question. For example, “What time did you get home last night?” The teenager responds, “What time did I get home last night?” Parents know this be­cause oftentimes our children are not that different from how we once were. But, it is different with God. He is wholly other. This is our comfort, for if we look at our­selves, we see that we cannot get close to saving ourselves. We need the gracious King to save our souls.

As we live our lives and get busy with school, work, homework, and housework; let us take time out of our busy schedule and praise God for His holiness. May our worship be offered to Him in sincere faith for what He has given to us. The great King sits upon His throne and we enter His presence with fear and trembling. He tells us to enter into His kingdom. A proper knowl­edge of this informs our very souls that we are not our own, but belong to our “faithful Savior Jesus Christ.”

Mr. Steve Swets is a student at Mid-America Reformed Seminary.  He is a member of the Community United Reformed Church in Schererville, Indiana.