“How long, O Lord? Will you forget me forever?

How long will you hide your face from me?

How long must I wrestle with my thoughts and every day have sorrow in my heart?

How long will my enemy triumph over me? Look on me and answer, a Lord my God.

Give light to my eyes, or I will sleep in death; my enemy will say, “I have overcome him,” and my foes will rejoice when I fall.

But I trust in your unfailing love; my heart rejoices in your salvation. I will sing to the Lord, for he has been good to me.” 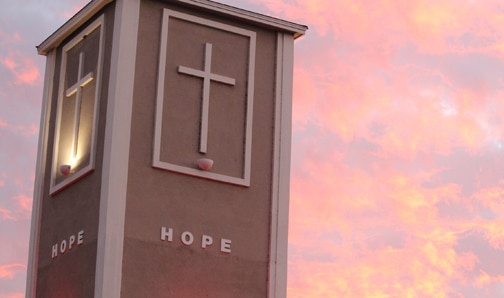 This psalm was written by David at the time when Saul was pursuing him. Saul posted watchers for David, to hunt him from place to place and to capture him. David had been anointed by the Lord and chosen to be king. David did not seek it. God had called him from tending the sheep to be leader of His people. But the path to the throne was hard. God had a plan and that plan was good.

It is always that way. Our paths do not always go smoothly. But God is with us, His children. He will never leave us or forsake us. In Isaiah 43:2 “the Lord says: When you pass through the rivers, they will notsweep over you. When you walk through the fire, you will not be burned; the flames will not set you ablaze.”

The path of the great Son of David, our Lord Jesus Christ, was very hard. “The birds of the heavens have nests and the foxes have holes, but the Son of Man has no where to lay his head.” Just as Saul sought the life of David, Herod sought the life of infant Jesus. But God did not leave Him. Even in the wilderness when Jesus was tempted by Satan, Jesus was led by the Spirit and strengthened by angels. In the deepest agony of the Garden of Gethsemane, Jesus could stili say: “My Father…” But on the cross He was forsaken. He was expelled from the Father’s mercy, love and grace. In this hellish agony He endured what we should have endured and because He was forsaken, we who believe on Him will never be forsaken. Because of this the questions in Psalm 13:1, 2 are answered. God has not forgotten. He never will and He never does.

But David’s questions are often on our lips. Today we see through a glass darkly. We don’t even see the past clearly. We must take God at His Word. Our trust is in Him. His Word is the anchor of our soul (Hebrews 6:19). The storms may roar, the ship may heave in the waves, but the anchor holds. The ship does not go crashing into the rocks.

David has a resolution. He has an answer. “But I trust in your unfailing love; my heart rejoices in your salvation.” In his article, When tragedy Strikes, in Breakpoint, October, 1996, Charles Colson writes about Charles Darwin whom most people would picture as a self-assured, convinced evolutionist. But in Darwin’s life there was tragedy. He and his wife Emma had a five-year old daughter, Annie, who became very sick; and this little girl who was the delight of her parents, died, despite the best efforts of the doctors. The famed father of evolution grieved for her inconsolably. Twenty-five years later he wrote that the thought of her still brought tears to his eyes.

Any parent can understand this. But, says Colson, “the fact that he mourned the loss of his daughter exposes a fundamental contradiction in the world view he spent a lifetime propagating.” For the evolutionist there is no meaning or purpose. The human animal just happens to possess certain biological traits that enable him to survive. If any human happens to perish through illness, this is simply an example of a “non-survivor.” Colson writes: “One can only imagine the dark doubts that must have clouded Darwin’s mind about the meaninglessness of his own life’s view.”

Go back to David. He has an answer in the midst of tragedy. God’s unfailing love is the foundation of our lives. Because David knew the Lord and experienced His unfailing love he could both sing and give thanks: “I will sing to the Lord, for he has been good to me,” How good had God been to David? He says: “I will sing to Jehovah”! The name JEHOVAH is the name of our Covenant God. David could look back and see God’s covenant leading in his ancestry: David’s father was Jesse, son of Obed, son of Boaz, whose wife was Ruth. God had provided a godly family.

On this Thanksgiving Day, we must thank Jehovah, our Covenant God for His faithfulness to us in terms of our heritage and family. Our lines have fallen in pleasant places (Psalm 16), we have a goodly heritage. God has supplied health, happiness, and all our needs have been supplied. God is so good.

But the greatest blessings are those David recounts in these words: “God’s unfailing love” and “My heart rejoices in your salvation.” These blessings form the bedrock of our lives. When we know God and His salvation, we can face anything.

Colson mentions another person who suffered terrible tragedy, a Japanese poet who was involved with Zen Buddhism which teaches that the world is an illusion like morning dew which evaporates with the rising of the sun. There is no enduring meaning to life. The Japanese poet, after the death of his wife and five children before he was 30, wrote these pathetic words:

Both Darwin and the Japanese poet, faced with deep personal tragedy, had no answer. They just looked into a dark nothing.

Sally Jesse Raphael, a popular TV talk show host, went through a terrible tragedy also. She couldn’t find peace because she believes in a random universe. There is no answer there.

What a message of hope and salvation we have for a world that has lost its way. The words of David give us the message to a despairing society. On this Thanksgiving Day, let us give thanks and let us share the greatest gift we have which is the Gospel of Jesus Christ, risen from the dead and the ruler of all the earth.