Although scores of thousands of children never attend the public schools in the United States and Canada, all parents are taxed alike to maintain the public school system. Christian parents whose convictions will not allow them to use “neutral” schools for the training of their children are therefore penalized as they erect and maintain schools consistent with their faith without sharing in state educational funds. This is manifestly unfair, declares this author.

It was ten o’clock when the doorbell rang. I went to the door and was confronted by a man who asked for $250 for the public schools. 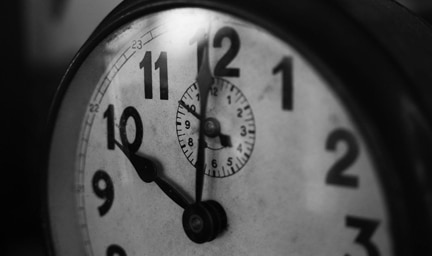 “Two hundred and fifty dollars!” I exclaimed. “Are you crazy? I wish I had that much money! That would set me up for a nice little vacation in the Canadian Rockies for three weeks. Furthermore, even if I had it, which I don’t, I would give it to our Christian schools, and not to the public schools.” Then I went on to explain as best I could why I considered it morally wrong to give money to the public schools. (Imagine trying to explain in four minutes to a person totally unacquainted with Christianity, let alone the Christian Reformed Church, that the public schools are not “neutral” but thoroughly anti-Christian, and trying to set forth the heart of Christianity and its complications in the field of schools! He must have thought that I was out of my mind.) I also told him that I had two children in the Christian schools, for which I paid $400 in tuition a year. Now he wants me to pay another $250 for the education of someone else’s child!

“But I just told you that I did not want to give, and that it is not fair to make me pay for the education of someone else’s cbildren. Let them pay! I was just trying to be polite, and therefore I was explain· ing why I cannot conscientiously give to your schools. So, that’s all there is to it. Good day!”

“But look. I don’t want to give. It’s wrong for me to give. It’s a violation of my conscience and principles to give to an institution that is training boys and girls in a philosophy of life that is in opposition to Christianity. Furthermore, I refuse to give. You can’t make me pay double. I’m already paying for the education of my own children.”

“Listen, lady, don’t make it difficult for me. Either you give the $250 which is your proportionate amount according to your property assessment, or I’ll have to put you in the jug, er, in jail. It’s the law. Either, or.”

Now this story did not take place, because the money to finance public schools is silently taken out of the property, sales, and other taxes of every person with or without children, but the result is the same. Every Christian is forced by law to pay money to a school system which he cannot morally support, and every Christian parent who sends his child to a Christian school must then pay double: once for his own child through tuition, and once for the public school child through taxes.

As it is now, the government taxes all people, Christians included, and then gives all of that school tax money only to public schools. Many Christian parents feel that they cannot conscientiously send their children to the public schools. They feel that there the Christian faith is directly or indirectly undetermined, since the laws of the land forbid them to teach anything so “narrow” and “sectarian” as the historic Reformed faith. Public school teachers must teach as if God does not exist or as if subjects may be understood without the Christian God, but not as if it is necessary to know him if these subjects are to be properly taught. Therefore, many parents feel as though it is immoral to subject their children to such paganistic influences five days of the week, and they, therefore, send their children to Christian schools.

Although they may feel that way, and although they are not free before God to send their children to the public schools, yet the state requires them, in addition to paying for the education of their own children, to help pay for the cost of the public school system, which is by law thoroughly non-Reformed. They do this through various taxes.