The recent series of full-page newspaper ads sponsored by conservative organizations telling homosexuals they can change their behavior and lifestyle if they want to, strikes at the heart of the intolerant gay rights movement. To acknowledge that even one person can become celibate or convert from a homosexual pattern of behavior to a heterosexual one undermines the arguments gay rights activists have been making in favor of their “once gay, always gay” theory.

Countering the conservative ads, gay rights groups are quoting people who claim they tried to change but relapsed. This is as persuasive as saying once a smoker, always a smoker. Why should homosexuality enjoy a category unique among behavioral patterns? The answer is — politics and power.

That various medical groups and liberal religious denominations have declared homosexual behavior not a disease or a sin says more about the organizations and denominations than it does about the possibility of change. Gay rights activists give the appearance of having won much of the cultural debate, but they won’t be satisfied until they silence through intimidation, those who continue to believe that change is possible. They label such people “bigots,” or use other inflammatory language to cover up the truth. So, rather than debate the issue on evidence, gay rights activists wear down a morally exhausted society that shrinks at the prospect of being thought uneducated, lacking in compassion, and judgmental. Gay activists speak of discrimination in the workplace, but rejoice when a lesbian fire chief in Madison, Wisconsin, fires a Christian firefighter for refusing to back down from his belief that homosexual practice is a sin. 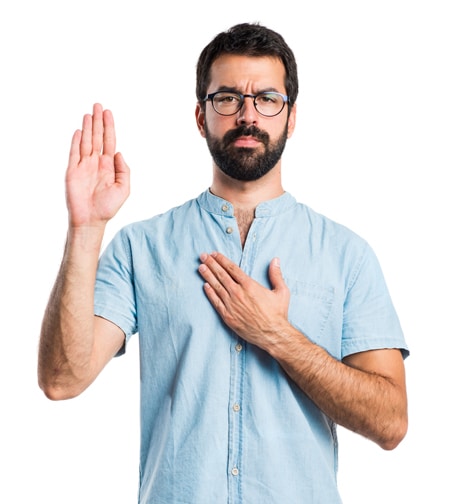 It is true that some homosexual revert to their former behavior patterns after testifying to being converted. But many have remained converted and feel liberated in their new, non-homosexual lifestyles. Was it something about their new associations, marriages, church attendance and will that differed from those who reverted? Why don’t we see more reports about the successes and not just the failures?

During Easter Week, 1990 Foster says he had suicidal thoughts He turned on the TV, saw a picture of Jesus hanging on the cross and realized God loved him no matter what he had done. He called his own behavior sinful and says Jesus converted him.

I have dozens of other deeply personal stories like this in my files, some from friends. Are they all lying? Are they all in denial? Do the gay rights activists believe it’s only a matter of time before all of them revert to their former lives? And what if they don’t? Will the gay rights crowd claim that such people were never homosexual in the first place?

The newspaper ads and the debate they have revived will be good news to many who want to change and who have been told that change is impossible. For the political activists and religious apologists who can save money, but not souls, and don’t recognize sin when they see it because they’ve denied the One who defines what it is, this is bad news indeed.

The converts don’t have a political agenda, unlike those who claim conversion is impossible. That part of the public which still has doubts about whether people can stop homosexual behavior should consider the motives behind the changed and those unwilling to change.