For three decades, adults have argued over the quality of television programming and its effect on children. Now the children have spoken and, as usual, their perception differs from the grown-ups’. 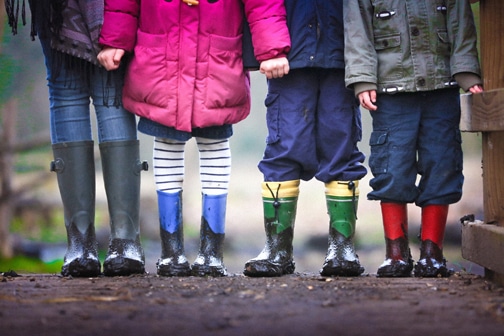 In a remarkable survey of children between the ages of 10 and 16, the Los Angeles polling firm of Fairbank, Maslin, Maulin and Associates learned that one-third of the kids “often” want to try what they see other people doing on television, while two-thirds said their peers are influenced by what they see on the tube.

This directly challenges what many network executives and programmers have said. They have claimed there is no connection between what children see on television and antisocial or personally risky behavior. At the same time, the networks have assured advertisers that if they will fork over $1 million for a 30-second commercial during the Super Bowl, they’ll sell plenty of beer, tires, cars and other products to viewers. Which is it? Why does persuasion work with commercials but not with programming?

The survey shows that television has a more profound impact on the lives, values, ethics and morals of the young than perhaps even television’s greatest critics thought. And the kids in the survey handed down a two-count indictment. The first was against the television industry. The second was against their parents.

Sixty-five percent said programs like “The Simpsons” and “Married … With Children” (both Fox Television Network shows) encourage children to disrespect their parents. Sixty-two percent said sex portrayed on TV shows and in movies influences kids to have sex when they’re too young (77 percent said there is too much sex before marriage on TV). That television has replaced parents as the primary shaper of young lives was revealed by this statistic: 82 percent said TV should help teach children right from wrong.

The survey indicated a clear breakdown of parental authority and informed leadership. Fifty-five percent of those surveyed said they usually watch television alone or with friends, but not with their family. Forty-four percent said they watch something different when they’re alone than with their parents (25 percent chose the moral sewer known as MTV). Sixty-six percent said they live in a home with three or more television sets, and 54 percent have a TV in their own rooms.

A further message for parents is that more than half reported watching television more than two hours a day, but three-fourths said that if they could choose between television and spending more time with their families, they’d choose family time.

But where are mom and dad? If they’re not divorced, they’re working too much (see the March 6 Newsweek cover story titled “Exhausted”). When they are home, TV is frequently used as a baby sitter or distraction so pa rents don’t have to communicate with their children. The art of dinner conversation appears nearly lost. And the networks are happy to fill the void with programming that appeals mostly to the glands and not the head or the heart.

Entertainer Steve Allen tells me, “My first reaction is that we should take this information and beat the bastards (network TV executives) over the head with it.” Allen says the best way to influence network programming is to write letters to network presidents, asking them whether they would let their grandchildren, nieces and nephews watch the shows they’re putting on for other children. He sees some hope in the survey, “because the kids are obviously picking up some moral values from someplace other than TV.”

If you pour toxic chemicals into the water supply, public health eventually will be affected. If intellectual and moral effluent is dumped onto the public airwaves, it has a corrosive effect on public taste.

Last year, Senator Paul Simon (D-IL) persuaded the four commercial television networks to be guided by “independent auditors” who would watch for “excessively violent” programs. That audit is ongoing, but the latest poll of children is a wake-up call for parents to monitor more closely their children’s lives and to be as concerned with what is going into their minds as the quality of food and water they consume.