In those days there was no king in Israel; everyone did what was right in his own eyes. Judges 17:6

Rules! Rules! Rules! We have to deal with them all the time and they’re just not fair. “Rules always stop me from doing the things that I want to do and sometimes need to do. Like when I’m late going to a friend’s house and a police officer pulls me over for going five miles over the speed limit {everyone goes five mph over but the cop has to pick on me}. And now all my friends are waiting for me so we can go out. Or when I’m at school and we can’t go off campus to get lunch. My parents let me go to Burger King when I’m at home why won’t the school let me do this. They’re not my parents. My parents say I have to be in at 11PM on Saturday night when all my friends can stay out until midnight. All these rules just drive me crazy.” Why can’t everyone just do what they want as long as they don’t hurt anyone else? 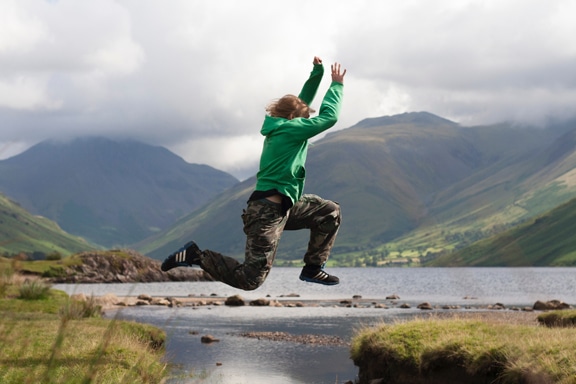 Most of you may have gone through one of the different scenarios mentioned above and maybe your parents went through similar difficulties when they were your age. We often like to rationalize (talk ourselves into) doing what we want to do in these situations. We don’t like to admit we are wrong and have sinned. Instead, we like to blame someone else for the situation we are in. One of the situations you might find yourself in is going to a movie you know your folks would not want you to go to. But your “friend” tries to give you reasons why you should go any-way. 1. There’s not that much swearing in it.2. There’s only one sex scene and it doesn’t show that much. 3. The story is great and graphics are state of the art. 4. You won’t be evil just because you watch this movie. 5. Everybody else can go but you. 6. My parents let me go and your parents are just old fashioned. These arguments can be very powerful especially when others are around. But lets take a closer look at what these arguments are really saying.

In arguments 1 and 2 we are told: if it’s not too bad it must be okay. This way of thinking says that be cause there are movies that are much worse than this one, then this one can not be too bad. We are not going to see the real bad movies so it’s okay to see this one.

Argument 3 usually follows closely along these lines: there are some really good things about this movie so we can look past the bad stuff. Movies can have good graphics and a good story and there is nothing wrong with either. These effects can be used in movies in a positive way. But just because a movie has a good story or great graphics doesn’t excuse the inappropriate parts of the movie. That is why this reason usually quickly follows arguments 1 and 2 to try to cover them. (A fairly recent example of this reasoning was often used for seeing the movie “Titanic“).

Argument 4 says, “You’re not bad if you see this” or “you won’t be influenced and become like the movie.” There is an old saying that states ’you are what you eat’. It means if you eat junk food all the time it is going to affect you, but if you eat healthy food it will have a positive effect on you. Another line of reasoning that goes along with this is “we’re just going to do it this one time.” If you do something once does that make it right? Is it okay to kill if you do it only once?

The number of times we sin does not make it okay to sin. God doesn’t have a scale where he hates some sins more than others. We are effected when we see or participate in sin. Our relationship with God is affected.

When we look closely at argument 5 we see persecution. It says that YOU are weird or different because everyone else can go but YOU can’t. This is typical peer pressure that happens to many teens. All of these arguments are pressure tactics by peers to talk you into doing something you would normally not do. It is meant to isolate and single YOU out. These friends want you to go along with them to ease their own consciences. If you go along with them they can justify themselves and their sin by saying “everyone else went, so it must be okay.” It is much it easier to fall into sin with the group than to stand alone.

These are certainly not all of the arguments used by people to get others to do something that violates their conscience. But what is the common vein throughout their arguments? It is this: the truth doesn’t matter! What a friend says, or what a group of friends value is really all that matters.

In a certain circumstance, your friends will argue, the truth can change; or my truth is just as good as your truth. But is that the case? Can there be two truths for the same situation and both be equally right?

The verse from Judges was not praise given to Israel but disapproval. The Israelites were not following the ways of God. Judgment comes for those who follow their own path and not the truth of God’s path. Consider Proverbs 14:12, “There is a way that seems right to a man, but in the end it leads to death.” That’s what God says. If any so-called truth contradicts the Word of God you have no choice but to obey God’s Word in order to continue a right relationship with Him. When you stand with God’s truth you are supported by Him otherwise you are just standing on air.

A. How does Jesus describe Himself? Does truth matter when we approach God the Father?

C. When we are not following God’s truth, what are we worshipping? What is left for those who worship themselves?

A simplified way of thinking about what we just talked about could be this: As children we all have played some kind of game. But what if other children wanted to change the rules of the game as you went along? The game wasn’t worth playing anymore. The world wants to change the rules as life goes on. God’s truth does not change. The Truth of God and the changing “truth“ of the world are in conflict.

In the end there is only victor in this battle for truth. So, are you doing what’s right in your own eyes or in God’s eyes? Are you standing on air or are you grounded in God?