Sometimes I feel like Paul Revere. Only that this time I’m riding through the streets of Davidson County screaming with pen and ink, “The secularists are coming! The secularists are coming!” A few of you might get worked up enough to come running out of your homes all alarmed and ready to do something—only to stop halfway down the block and say to no one in particular, “What’s a secularist?” Let me answer that later. First, I want to give you a sneak preview of what “secularism” (that’s what secularists practice) looks like. 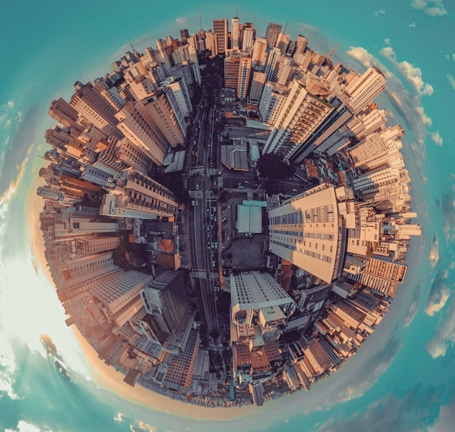 It very closely resembles the judgment of Federal District Judge Jennifer Coffman who (are you sitting down?) ruled that displays of historic American documents in eastern Kentucky schools and county courthouses were “unconstitutional” and thus must be removed. Her rationale was that these documents conveyed “a very specific government endorsement of religion.” Please take a wild guess as to what documents Judge Jenny has reference to? It must be scandalous or possibly pornographic—no—worse than that, it must mention the name of Jesus. Right? Well, almost, but not quite. Here are some examples:

1) An excerpt from the Declaration of Independence which reads, “All men…are endowed by their Creator with certain unalienable Rights, that among these are Life, Liberty and the pursuit of happiness (sic).”

2) The preamble to the constitution of Kentucky which states, “We, the people of the Commonwealth of Kentucky, grateful to Almighty God for the devil, political, and religious liberties we enjoy, and invoking the continuance of these blessings, do ordain and establish this Constitution.”

4) An excerpt from President Lincoln’s “Reply to Loyal Colored People of Baltimore upon Presentation of a Bible,” which reads, “The Bible is the best gift God has ever given to man.”

There is more but this will give you an idea where this judicial activist is going, along with too many of her colleagues. The goal is nothing less than that of total eradication of the God of the Bible from our nation’s past, present and future. If it means rewriting the history books, which has already been done to a large degree, then so be it. If it means wiping out any and every opportunity to be exposed to such dreadful documents of a bygone era, then good riddance.

So, what’s next? Well, if the secularists have their way, and judicial tyranny is allowed free reign in this land, then you will see in your lifetime a president being sworn into office without placing his hand on the Bible. The chaplain of the Senate will lose his job and we will no longer open the legislative sessions with prayer. The nation’s motto will be changed or done away with entirely. After this, the word “God,” “Bible,” and any other references to the Judeo-Christian faith that are now carved into the marble of national shrines and government edifices will be filled in and sanded smooth so as never to hint that those words were once on the walls.

And if “we the people” idly sit by and allow all of this to happen with nary a whimper, then we have no one to blame but ourselves when the “thought police” tell us that this expression or that vegetable or this belief or that conviction will no longer be tolerated in America.

The secularist is one who tenaciously believes in the religion of “no religion.” He passionately desires that God and religion (especially one based in the Scriptures) be locked in the closet of our churches or, better yet, cast into the deepest part of the sea, never to be heard from again. He ultimately believes that man is the measure of all things and we answer to no one but ourselves. In short, a secularist is one who believes in little that our founding fathers fought to establish and were willing to die for. Speak up America, or you’ll soon find yourselves muzzled “for the good of the state.”