While President Franklin D. Roosevelt’s famous statement about the Great Depression, “We have nothing to fear but fear itself.” doesn’t fit as an analysis for the Y2K computer bug, it may be coming close. Disruptions from the bug undoubtedly will occur — even the National Basketball Association, citing Y2K fears, last week was considering calling off games scheduled for next New Year’s Eve, New Year’s Day, and January 2, 2000 — but public panic regarding Y2K could make the situation worse. 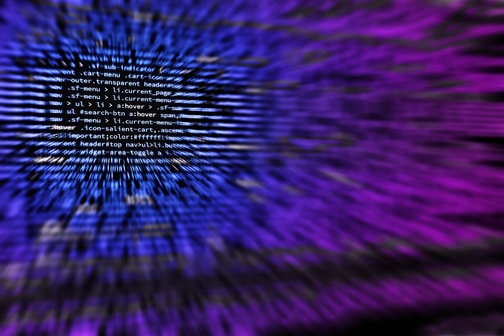 The Y2K bug is the problem of computers, programmed only to read the last two digits of each year, reading “00” to mean 1900 rather than 2000, and then failing. Some people are predicting chaos, with food distribution networks, utilities, banks and governments ceasing to function. These folks, many of them Christians, are heading for the hills and stocking up on food and ammo.

But as far as technological disruptions go, experts say the bug will feast mostly on foreign cuisine. In testimony to the Senate last month, the Gartner Group’s Lou Marcoccio said, “Our infrastructure and banks should be in very good shape, and our government is one of the very few that is very far ahead of all other governments in the world in addressing this problem.”

Other countries are starting to make progress. For example, Gartner. an information technology consulting firm, recently upgraded Japan’s readiness status. But as Christian Financial Concepts president Larry Burkett, a leading voice on Y2K matters, points out, the new rating says that instead of 50 percent of Japanese systems being noncompliant, “only” a third are. Mr. Burkett believes that by the time the clock strikes midnight on January 1, a fourth of Japanese systems will remain non-compliant.

This means that the bug’s biggest effect on the US economy could be indirect. Despite a current high-flying US economy in the face of downturns all over the globe, Mr. Burkett argues that America can’t remain forever immune from other countries’ woes. If Y2K hurts Japan and other key trading partners, it will at some point harm the United States as well.

And the cost of Y2K repairs also is beginning to become a big issue. The latest report on Y2K from the White House Officials Management and Budget (OMB) increased the estimate for fixing the government’s most important computers by $400 million, to $6.8 billion. Most analysts expect that to go up again.

The OMB report said that 80 percent of the government’s 6,399 most important computers have been repaired or replaced, or never were vulnerable. But the Department of Transportation, the Department of Health and Human Services, and the Agency for International Development (AID) are still in bad shape. (A wag might point out that when work at some of these agencies halted briefly during the government shutdowns of 1995–1996, few people outside the agencies noticed.) Repair work at AID slowed after a computer failed while testing what officials believed had already been fixed.

While none of this is good, apocalyptic scenarios likely are overblown, says Mr. Burkett: “In large part, what’s going to happen in the United States is not going to be life threatening. It’s going to be very, discomforting, very irritating” — with power and telephone service becoming sporadic for a time, and air and train traffic reduced for a few months — “but nothing life-threatening.”

The Gartner Group agrees. “Withdrawing funds from banks or liquidating investments is not warranted,” the firm says in a Y2K report. Most enterprises “will address mission” critical systems so that 90 percent of the systems that do fail will be corrected within three days.” Advising against a “bomb shelter mentality, the report argues that “preparing for the new millennium should be much like preparing for a storm that will last less than a week.”

But what happens if all of this storm preparation takes place at the same time all over the country? This is Mr. Burkett’s biggest concern. He thinks people may strip grocery stores of all their food in late December, in anticipation of problems. Then, if shipments of food to the stores are delayed for a week or two because of the Y2K glitch, “things are going to be real lean for a period of time, but it’s mostly caused by panic, not by a system breakdown.”

Mr. Burkett sees the potential for similar problems at banks and the stock market. People might try to get some of their money out of banks and out of stocks in late December, creating logjams and perhaps even the need for bank holidays in which banks close to keep people from withdrawing their money. But. again, this would be a problem caused by reaction to Y2K, not by the computer bug itself.

Fears about Y2K effects overseas could further exacerbate those problems. For instance, no one knows which fourth of the computers in Japan will be noncompliant, and American companies that do business there might decide not to take any chances. Mr. Burkett reports that some companies already are counting on being unable to obtain supplies from Japan in the first few months of next year; they are stocking up now. That’s good for the Japanese economy this year, but next year, even without Y2K problems, American companies will draw down those inventories instead of buying new merchandise. That will further hurt Japan.

What should Americans do to prepare for both the glitch and its attendant panic? First, don’t wait until December to prepare. Mr. Burkett advises people to start right away putting together a month’s supply of food to have on hand, as well as water, and to make provision to light and heat their houses, especially if they live in a cold climate. “That does not cost a lot,” he says. “For about $500–$600 any family that can afford it can be Y2K buffered to some degree.” He also advises people to go into January with a month’s worth of cash, in case credit cards don’t work or the government declares bank holidays.

In addition, Joseph Project 2000 (www.josephproject2000.org), a group formed to help Christians prepare for the effects of the bug, has assembled a list of ways for individuals to prepare for possible Y2K disruptions. Among its suggestions: “Schedule a ‘Y2K weekend.’ Turn off, for example, the central power to your home and try to live normally for a few days. This may bring up previously unnoticed things that you need to plan for in advance.” The group also suggests obtaining paper copies of all important documents, in case lost information must be verified.

For the church, Mr. Burkett sees Y2K as a witnessing opportunity. He says churches should store up some basic items for people in need, such as food, blankets and lights. “What a great opportunity for the church to become the beacon to people during this period of time, to people who never thought about entering a church,” he says.

Mr. Burkett also compares life in America with that in most parts of the world, and then offers this perspective: “In our worst situation, it will not be as bad as they live with every day. If you went to Russia today, they are living Y2K everyday of their lives.”