This friend of mine was bright and gifted. His wife was attractive. Their children were healthy and fairly well-balanced. But my friend was addicted, not to cocaine or cocktails or prescription drugs, his compulsions were less obvious but more insidious.

My friend was part of the statistical mass of male Christians in America who are hooked on pictures. What makes this story even more tragic is the fact that he was a pastor to whom others would look for direction. Today he pastors no one!

The last incident took place less than a year after arriving in a new city to begin a new church. The librarian happened to know who he was and she also noted that the Internet site he was viewing wasn’t material for his next sermon but food for the flesh. As you might guess, word got out and his ministry was finished for good.

It’s amazing that something so potentially good and educational like the Internet can be turned into a cesspool so quickly. The same technology that enables me to “talk” to missionaries on another continent is being used at the same moment to feed the pornographic addiction of pedophiles and other sex addicts of various stripes.

I still have a hard time believing that more than half of all web sites are pornographic in nature. Log on and start surfing and see how fast you can accidentally come up with a pornographic site that you had no intention of bringing before your eyes. You may not intend to gaze but you can be sure the site owner, like a deadly spider, had every intention of ensnaring you with his web address. 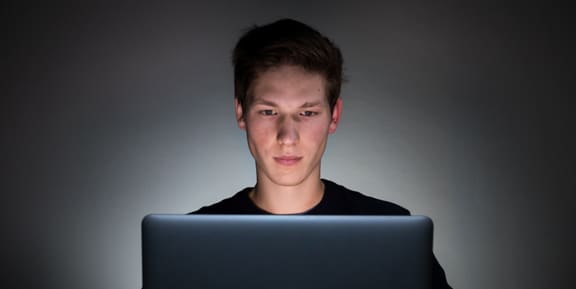 I am told that more than 15 percent of Americans who use the Internet, use it for pornography and 5 percent of all who use it are addicted.

Don Wildmon of the American Family Association estimates that at least 10 percent of the Christians sitting in evangelical churches on any given Sunday are “addicted” to pornography.

When I recently preached on this issue we saw some wonderful things happen. Husbands began to confess to their wives and seek the help they needed to overcome this soul-rot. Wives extended grace to their spouses. The point I want to make is that this issue is in our churches whether we want to admit it or not. You may be thinking, “Not my husband or child” and be dead wrong. Feel free to lovingly ask. If you get a protest that sounds like the response you’d get after having just accused the other person of mass murder then you may have an addict who needs help.

Where can this addiction lead? Well, the serial murderer, Ted Bundy, warned us all when he confessed to Dr. James Dobson of Focus on the Family that pornography started him on the road that eventually led to the death sentence—for Bundy as well as all his victims. Pornography destroys marriages, lives and, in the case of my friend, even one’s ministry. I grew up with pornography in my home. By God’s grace I never became addicted to it, but after 40 years I can still recall some of the pictures I saw. To this day, when I go to an airport in a city where nobody knows me or what I do for a living, I make it a point NOT to stay long in the newsstands that sell even so-called “soft porn.” I am just as vulnerable as anyone else is.

As Steve Watters of Focus on the Family put it, “We must deal with the heart issue. Having sex outside of marriage destroys relationships and true intimacy. We must realize that a higher level of intimacy is found in three-way relationships: between a married couple and God.”

If you’re addicted, please seek the help you need, and do it today because tomorrow some librarian or your wife just might happen to notice what you’re looking at.