People looking for causes of the cultural decline—including why girls are engaging in sexual activity at ever-younger ages—might wish to consider the Spice Girls.

At a recent Washington-area appearance of the four (formerly five) women, a near-capacity crowd — including mostly female children, some as young as 4 dressed up in leopard-print miniskirts, platform shoes, midriff-baring tops and hairdos that emulated the performers on stage.

The stage names, even the real names, of the Spice Girls are less important than the messages they send to the mostly pre-pubescent audience. Even more disturbing is what is going on in the minds of parents and other relatives who take them to the concerts.

I called my 13-year-old granddaughter to see what she thinks of the Spice Girls. “I don’t like them,” she said, “because of the way they dress and how I hear they behave offstage.” Suddenly the cost of private school and the benefit of parents who provide direction and don’t let her follow wherever her glands might lead appear to be paying off. 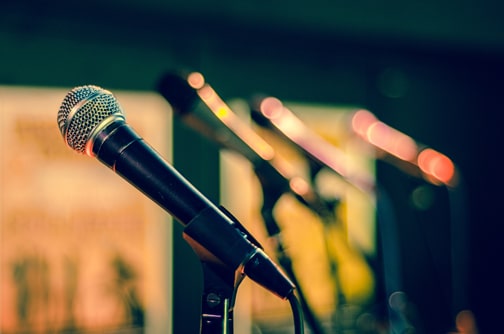 One of this minimally talented group’s popular songs is called “Naked.” The women sit behind four chairs and perform in a way that suggests they are wearing no clothing. Do parents think this is cute? Other songs, such as “Do It” and “2 Become 1,” have sexual overtones. Still others, such as “Sisters Are Doing It for Themselves,” have feminist connotations.

A Washington Post story on the group’s appearance mentions 20-year-old Lisa Pillow, who apparently suffers from acute maturation disorder. She calls herself “Kitty Spice” and is dressed in baby-blue fur panties and matching cropped top, white fishnet pantyhose and a white marabou boa. She has brought her 5-year-old niece, who is similarly dressed, to the affair. A reporter says Pillow’s outfit might be cute if she were 10, but on the 20-year-old, “one can’t help think centerfold, centerfold, do you have a coat?” Someone should have arrested this woman for contributing to the delinquency of a minor.

Spice Girls are a long way from “Snow White and the Seven Dwarfs” and similar wholesome entertainment available for people of this age group when I was a child. But then our generation mostly stayed together as families, only one parent worked outside the home, drugs were bought at the local pharmacy with a doctor’s prescription, and sex was too private to be talked about outside the locker room where more fiction than fact was told.

Also attending the performance were an assortment of drag queens and other adults adorned in various costumes so that an uninformed observer might take the event for a Halloween party. How did parents explain that? One writer said that “adults transform the Spice Girls from earnest representatives of young girls’ need to feel powerful, appreciated and cool into high camp.” I don’t know about the powerful and cool parts, but children used to count on appreciation coming from their parents. Apparently this is another privilege that has been ceded to culture and daycare workers because two-income households no longer have the time and lack the moral authority to properly train their children.

We increasingly teach young girls to adopt the culture’s image of what they should be, judging themselves by their level of coolness attractiveness and ability to sexually manipulate boys. Parents who are co-conspirators in this cultural rape of their daughters ought to be ashamed of themselves, but they obviously have no shame or they wouldn’t take their kids to see the Spice Girls.

Too many parents have surrendered their child-rearing responsibilities They think that having a pouty face and a bad attitude are the worst things that can happen to their daughters. They aren’t. Out-of-wedlock pregnancy, STDs and broken homes are far worse. Parents who take their young daughters to see such things as the Spice Girls are accessories in eroding their daughters’ innocence, in complicity with the sex educators in many of the government schools.

Girls are being herded at earlier ages into attitudes and practices far from the “sugar and spice and everything nice” we used to think, or at least wished, that little girls were made of.