The day was November 19, 1863, and the president of the United States had traveled by train to the site of the tragic Battle of Gettysburg. A portion of that bloody battleground was being dedicated as a cemetery for those who had died, and Mr. Lincoln was scheduled to address the gathering.

At the appointed hour, the president stepped forward and said, “Eighty-seven years ago our forefathers and foremothers got together and designed a new type of political structure, dedicated to the notion that all human beings have equal rights.”

He concluded two minutes later, saying, “We human beings resolve that these deceased men and women shall not have died in vain, and that this nation, under God the Father and Mother, shall have a new birth of equal rights-and that government of human beings, by human beings, and for human beings shall not disappear from the earth.” 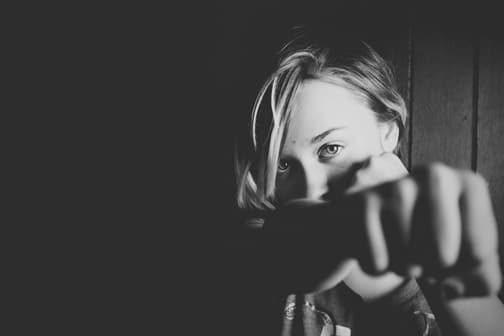 Well, this isn’t exactly what Mr. Lincoln said on that historic day. But language evolves, as we know, and the utterances of yesterday must be modified continually to avoid offending modem sensibilities. Thus, we have edited the president’s speech at key points to make it more culturally relevant. Never mind the fact that a modification of the Gettysburg Address is no longer the Gettysburg Address, and to tamper with its poetic language is to distort what was actually said and meant on that day in 1863. It’s better to be politically correct than historically accurate, as we all recognize. Thus, we have created a revised version so that tomorrow’s students will not be offended when they read the outmoded words of our 16th president.

Having repaired the Gettysburg Address, we still have much more work ahead. Each historical document in the National Arichives must also be updated and purified. We can’t have original records lying around where they can embarrass everyone. Let’s begin by rewriting the Declaration of Independence, as follows: “We hold these ideas to be rather evident, that men and women are created equal, that they are endowed by God (or Mohammed or Buddha, or Confucius, or Mother Earth, or somebody!) with certain inalienable rights…”

I’m being facetious, of course. Who would have the temerity to suggest that the utterances and writings of the past be brought into conformity with today’s cultural biases? Not one such voice has been raised. And yet, we are told that a team of theologians calling itself the Committee on Bible Translation (CBT) and executives of Zondervan Publishing House are editing the inspired words of God Himself. Specifically, there is reason to believe they are “degenderizing” the Biblical text and inserting words that are not represented in source documents. As such, they are creating what J.I. Packer calls the “feminist edition.” This is alarming. Even the Biblical authors often misunderstood the significance of what they were inspired to write, yet the CBT scholars apparently see no danger in scrubbing those most sacred passages and inserting their “better ideas.”

A representative of the International Bible Society, which commissions the CBT, defended the efforts to make the Bible more gender-sensitive. He said,“Does such editing bring grave peril to the faith? Has the integrity of God’s holy and authoritative Word been compromised? Has the grim shadow of a stealth bomber begun to steal over the evangelical countryside? Hardly…but the slowly turning kaleidoscope of language means we have to keep adjusting the text of God’s unchanging revelation, or modem readers will lose the trail.”

I fear that the trail might indeed be lost if scholars in each generation take the liberty to rewrite small portions of the text in response to current social pressures. We can be grateful that the monks and other scribes who preserved the Scripture for our day were granted no such authority to edit “insensitive” words with which they were uncomfortable. If they had, the Scriptures we know and love would be unrecognizable here at the end of the 20th century.

Frankly, I find it breathtaking that the CBT or any other group would feel justified in editing the utterances of the Holy One of Israel, who identified Himself with the sacred writ. “In the beginning was the Word, and the Word was with God, and the Word was God” (John 1:1, NIV). If that Scripture is not sufficiently explicit, the revisionists have to deal with Revelation 22:18–19: “I warn everyone who hears the words of the prophecy of this book: If anyone adds anything to them, God will add to him the plagues described in this book. And if anyone takes words away from this book of prophecy, God will take away from him his share in the tree of life and in the holy city, which are described in this book” (NIV). I’m no theologian, but the implications of those words seem strikingly clear to me.

Let me emphasize that I don’t question the motives of Zondervan or the CBT. I’m sure they wish to create a more accurate translation of Scripture, in the tradition of other versions prepared in recent decades. My concern is that their sincere effort may be hijacked by the spirit of the age, injecting feminist bias and language into the inspired text. That would be unconscionable. If we would not change a comma in the Gettysburg Address, why would we tamper with the Word of God?

Dr. James Dobson is president of Focus on the Family.

This article was originally published in the July 1997 issue of WORLD magazine and is used with permission.