This past October two adult delinquents brutally murdered a homosexual student in Laramie, Wyoming. Shortly thereafter. Katie Couric of the “Today” show interviewed the governor of Wyoming and asked this question: “Governor, some gay rights activists have said that some conservative political organizations are contributing to this anti-homosexual atmosphere by having an ad campaign saying, ‘If you are a homosexual, you can change your orientation’…Do you believe that such groups are contributing to this climate?”

The next morning, Couric asked Elizabeth Birch of the Human Rights Campaign: “Do you believe this ad campaign launched by some conservative groups really contributed somehow to Matthew Shepard’s death?” The reply was affirmative. The clear implication in all of this is that Chris~ tians who understand the Bible to be God’s infallible, inerrant Word and therefore authoritative for what we believe and how we live are fanatics who condemn anyone who disagrees with “their version” of Scripture. And we must never publicly repeat what the politically incorrect Bible teaches or we will be labeled as bigots and purveyors of hate who grossly misrepresent the meek and mild jesus who never harmed a fly and would embrace all mankind regardless of their creed or sexual orientation.

But is that true? Is that the kind of God we celebrated at Christmas? Not if you believe the record!

The Babe of Bethlehem grew up. His first recorded sermon was, “Repent, for the kingdom of heaven is at hand” (Matthew 4:17). In the next chapter Jesus says that He did not come to “abolish the Law or the Prophets (another way of saying the entire Old Testament) but to fulfill” them. In the same chapter, meek and mild Jesus condemns divorce except for adultery (5:32). The entire purpose of His coming had to do with the fact that God condemns sin, and you really can’t separate the sinner from the sin any more than you can separate the dog from his bark.

The very death of Christ was a cosmic statement that God takes our sin very seriously whether its “a little white lie” or a deviant lifestyle. If all the Father wanted to do was show us how to live a life of love then He could have beamed Jesus down, had Him exemplify the perfect life, and then snatch Him back into the heavens. But we have no power to live perfectly and none of us meets God’s standard, for we have all sinned “and come short of the glory of God” (Romans 3:23). The Christ-child came to die for the sins of His people precisely because God condemns whatever is contrary to His divine nature.

So, to speak the truth in love is not an exercise in hate-mongering, but just the opposite. Sometimes the most loving thing you can do is tell a person what they need to hear but may not want to hear. jesus Himself said, “Am I your enemy because I tell you the truth?” 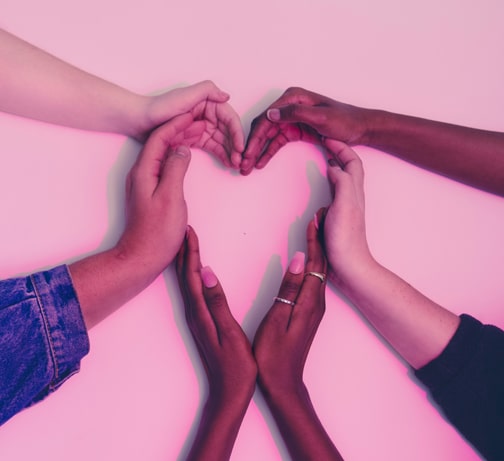 You see, what we should celebrate every day of every year is God’s incredible grace to incredibly damaged people. I celebrate that because I’m some very “damaged goods”—wounded by my own sin, self-centeredness and attempts at autonomy. But what a marvelous truth that “there is therefore now no condemnation for those who are in Christ Jesus” (Romans 8: 1).