Hebrews 6:4–6, long considered a very difficult passage, is explained carefully and interestingly by John Vriend, graduate student at the University of Michigan. The burden of this exposition is that those who are within the territory of the Covenant and thus under the discipline of preaching and sacrament ought to “give the more earnest heed to the things that were heard,” for “how shall we escape if we neglect so great a salvation?” (Hebrews 2:1,3).

Our Church teaches that a believer may skid and gel into the ditch of the road that leads to eternal life but—and this is worth knowing—he will never drop, baggage and all, into the ravine of perdition. Our Church teaches the eternal security of the believer, the perseverance of the saints. 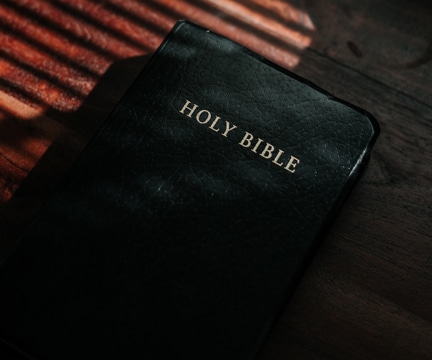 Not, of course, that any man has of himself any foolproof formula by which he can avoid all the mudholes in his way; nor, says the Church, has he in himself any dynamic by which he is altogether devil-resistant. Left to himself the believer will refuse to be fenced in by divine laws, kick over the traces, and bolt into the devil’s pasture. And the venom of sin will certainly leave his spiritual joints stiff until—yes, there is a limit—the antidote of grace revives him. That is just the point: the grace of God remains operative. God’s counsel can not be changed nor his promise fail nor can “the merit, intercession, and preservation of Christ be rendered ineffectual, nor the sealing of the Holy Spirit be frustrated…”2 God the Father, God the Son, and God the Spirit have staked their united claim—and each is as jealous as the other to preserve it. This is the teaching the bride of Christ has always most tenderly loved and constantly defended as an inestimable treasure.3

This teaching, which the world ridicules and the ignorant abuse, comes to us, I’m happy to report, fully accredited by Scripture. Creed revision is in order in any Church—and its number is legion—which does not accept it.

The Scriptures tell us that it is the personal, predestinating God, and he alone, who weaves the seamless robe of salvation. It is he who elects, calls, justifies, and glorifies -who pieces together the pearls of redemption on the silver string of grace (Rom. 8:29–30). The Scriptures say, with that refined exultation characteristic of them, that we believers arc more than conquerors, not because we are by nature strong or brave or loyal, but through him that loved us (Rom. 8:37). The humble believer knows how true this teaching is: he knows the boat of salvation will never arrive unless Christ be at the helm and the Spirit be in the engine-room all the way.

“Wait a minute! You just read the comfortable parts of Scripture. But read this…” — no sooner had I licked out the above paragraphs than a group of neatly groomed Catholics and charming Aminians came trotting out a text from the epistle of the Hebrews:

“For as touching those who were once enlightened and tasted of the heavenly gift, and were made partakers of the Holy Spirit, and tasted the good word of God, and the powers of the age to come, and they fell away, it is impossible to renew them again unto repentance…” (Ch. 6:1–6).

For a moment I thought I was licked. But since they were in no hurry they gave me a week to formulate an answer. Here it is:

Security Guaranteed Within its Proper Setting

In studying any epistle a man does well to check the address on the envelope. This particular letter, whoever wrote it, was intended in the first place for Jewish Christians for people, in other words, who had grazed all their lives in Covenantal pastures.4 They knew both the old Agreement and the new. Sainthood was theirs, in a sense, from the age or zero on (I Cor. 7:14). Church membership came to them when they were babies and continued for them into adulthood. For the Covenant, if I read Scripture rightly, is the Grand Alliance, established by God, in which he graciously offers his companionship and all the treasures of eternal life to believers and their children and, at the same time, lays claim to their faith, love, and service (Gen. 17:7; Acts 2:39; Gal. 3:29). Since in all alliances “there are contained two parts” we should distinguish, though never separate, the promise and the requirement.

The Jewish Christians to whom the letter was addressed were heirs of that promise and had been educated to meet that requirement. But in order that they should not regard that promise as a bare prediction of what would happen in any case, some minister in the early church, moved by the Holy Spirit, mails them a letter in which he urges them with all the passion of his heart to believe. It is through faith, he says, a tenacious faith, that we inherit the promises (Heb. 6:12). Fulfillment of the promise is blocked by only one thing: Unbelief (Heb. 3:19; 4:1–3). What faith is he shows in that long and fascinating chapter eleven.

The Grand Alliance whose origin is in heaven and whose implementation takes place on earth contemplates man not as a helpless inanimate object but as a responsible office-bearer: it calls him to the office of believer. Unbelief is disobedience (Heb. 4:6) because by it a signatory of the Alliance is on strike.

It is within this Covenantal setting that we must view those who were once enlightened and were made partaken; of the Holy Spirit and tasted the good word of God and then fell away: everything in this passage the enlightenment sharing in the operations of the enlightening Spirit and understanding the good Word points to the much-catechized and sermonized, though impenitent, member of the Grand Alliance, who then breaks with that Alliance. In such a person, says the author, it is impossible to produce another change of mind.5

The author of this letter warns the Hebrews that to be an insider is no ground for carelessness. You may be an insider, he says, and still an unbeliever. And such an insider he confronts with the vengeance of God. Elsewhere the author is very explicit on this point: “…of how much sorer punishment, think ye, shall he be judged worthy, who hath trodden under foot the Son of God, and hath counted the blood of the Covenant wherewith he was sanctified an unholy thing, and hath done despite unto the Spirit of grace?” (Heb. 10:29; italics mine, .J.V.).

My answer to the objectors is, therefore, that the coverage of election is not as broad as the coverage of the Grand Alliance and that Hebrews 6:1–6 describes the condition of people in the non-elect margin of that Alliance. The picture that follows in the next two verses is that of much cultivated soil, some of which produces usable grain and some of which does not. To change the figure, the riverbed of the Covenant is wider than the stream of election. There is always a non-productive, a non-believing, a non-elect margin. But God’s claims come to all who are sanctified by their membership in the Alliance. If they are not safe now, it is because they were never sound.

The simple though profound truth, as Ezekiel puts it, is that, “When I (the Lord) say to the righteous, that he shall surely live; if he trust to his righteousness, and commit iniquity, none of his righteous deeds shall be remembered; but in his iniquity that he hath committed, therein shall he die. Again, when I say unto the wicked, Thou shalt surely die; if he turn from his sin, and do that which is lawful and right .. . he shall surely live, he shall not die” (Ezek. 33:13–15).

He who would rather be safe than sound is obviously unsafe; but he who would above all be sound may rest in the lovingkindness of the Lord which “is from everlasting to everlasting upon them that fear him, and his righteousness unto children’s children to such as keep his covenant. (Psalm 103:17).