In his book “Earth in the Balance,” Vice President Al Gore positions himself as something of a scientific expert. But recently on “Meet the Press,” Gore showed that he has an enormous hole in his moral ozone layer.

Responding to a question from host Tim Russert as to whether Gore believes that human life begins at conception, Gore responded categorically and with surprising certainty for a politician: “No.”

Reversing an earlier pro-life position in which he claimed to hold a “deep personal conviction that abortion is wrong,” Gore said he had changed his mind because “I talked to a lot of women who taught me about the kinds of circumstances that can come and the kinds of dilemmas that women can face.” Now, he says, he’s come to another “deep conviction that a woman’s right to choose must be protected regardless of the woman’s income.” Huh? It appears that Gore’s convictions have the depth of floor wax. Never mind that all of the circumstances that lead a woman to have an abortion—except personal convenience—can be alleviated and that there are childless couples yearning to give life and love to a baby that some women just discard. For Gore, politics is more important than life. 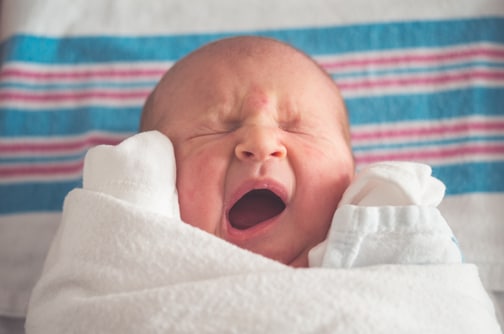 Tim Russert asked Gore about a law on the books that says “a (federal) sentence of death shall not be carried out upon a woman while she is pregnant.” Gore seemed flummoxed. He wasn’t familiar with the law. But the next day, apparently after consulting the National Abortion Rights Action League, Gore told a news conference in Nashville, “the principle of a woman’s right to choose governs in this case.” In other words, if a condemned pregnant women wants to take her unborn child to the death chamber with her, it’s her “right.” A pro-lifer who favors the outlawing of abortion under all circumstances is condemned as a zealot and fanatic. Why aren’t the same words valid for the opposite position, which Al Gore holds, of abortion under any and all circumstances and for whatever reason?

Gore’s contention that human life does not begin at conception is objectively untrue. Here, logic has been eclipsed by politics. Even many pro-choice scientists acknowledge that life’s beginning occurs when egg and sperm meet. The Chicago Tribune reported on a conference of scientists meeting in Montreal in 1977 to study the research on DNA: “The overriding message of all this new research is that the life of a baby begins at conception ….”

Testifying before a Senate subcommittee in 1981, the late Dr. Hymie Gordon, chairman of the department of genetics at the Mayo Clinic in Rochester, Minnesota, said, “The question of when human life begins is an established fact. All life, including human life, begins at the moment of conception.”

The late Dr. Jerome Lejeune, a worldrenowned French geneticist, wrote in Social Science and Modern Society (May/June, 1982), “Modern biology teaches us that ancestors are united to the progeny by a continuous material link, for it is from the fertilization of the female cell (ovum) by the male cell (the spermatozoon) that a new member of the species will emerge. Life has a very long history, but each individual has a very neat beginning the moment of conception.”

On June 27, the editorially pro-choice New York Times reported on the Human Genome Project that maps the body’s DNA: “The human genome is … a model of high performance and reliability. Millions of times a year, egg genome meets sperm genome, and the result is a human baby, its parts all in place, its brain a universe of love and meaning.”

Such facts—and they are indisputable—suggest that Vice President Gore is such a pro-abortion zealot that he has aborted his own soul for what he believes will be the prize of winning the White House.