All scripture is given by inspiration of God, and is profitable for doctrine, for reproof, for correction, for instruction in righteousness, that the man of God may be complete, thoroughly equipped for every good work. 2 Timothy 3:16–17 (NKJV)

The Reformers discovered that the Bible alone is the inerrant and infallible written Word of God, the fully authoritative, all-sufficient standard and guide for faith and life. The Scriptures, they found, are the historical record of the great drama of redemption. But, to their amazement, they learned that the Scriptures are also revelation, the very “oracles” of God (Romans 3:2), the disclosure of His mind and will. In the verse cited above, the word “inspiration” translates the Greek term “theopneustia.” But the term might better have been rendered “exspiration,” for it actually means “breathed out from God.” The truth is that the writings were inspired, and the words written should be received as instruction from God Himself.

Inspiration, then, is defined as “the work of the Holy Spirit ensuring that men wrote predsely what God wanted written for the communication of His mind to men” (J. I. Packer). Men wrote from God, and inspiration is the activity of the Spirit which ensured that what was written was truly written revelation—the very Word of God. The words of Scripture are the words of God bearing witness to Himself. God the Holy Spirit is the ultimate Author. What Scripture says, God says. 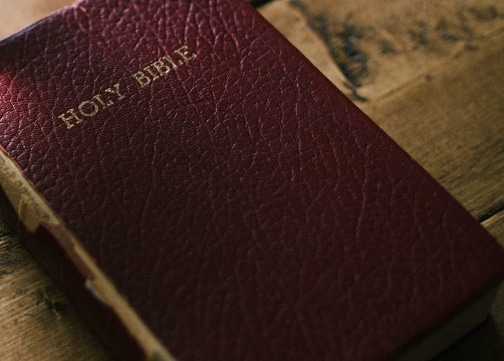 Since God can neither lie nor deceive (Numbers 23:19; Titus 1:2), His Word must be without error and entirely trustworthy (John 10:35; Matthew 5:18; Luke 16:17). “It is written” was the end of any argument for Christ and His apostles, and for the Reformers who followed them, for the written Word was considered by them to be the very words of God Himself. God said it. That settles it!

Everything then, in the church and in the Christian life, must be governed by the Scriptures. This is basic to Christianity. The Westminster Confession of Faith sets forth this “regulative principle” as follows: “…the acceptable way of worshiping the true God is instituted by Himself, and so limited by His own revealed will, that He may not be worshiped according to the imaginations and devices of men, or the suggestions of Satan, under any visible representation, or any other way not prescribed in the holy Scripture” (XXI–I).

Again, “The supreme judge by which all controversies of religion are to be determined, and all decrees of councils, opinions of andent writers, doctrines of men, and private spirits, are to be examined, and in whose sentence we are to rest, can be no other but the Holy Spirit speaking in the Scripture” (11–10).

This article is reprinted from Equip, July/August 2000.