That is the question we face in the coming national election.

The question is not so much that of Senator Kennedy’s personal views. We find much in his statements on the relation of church and state that is reassuring.

The question is not one of Senator Kennedy’s personal religion. We agree that it is bigotry in the American tradition to question a man’s place in political and community life on religious grounds.

But why has this question of religion been raised in Senator Kennedy’s case? It has not been raised in connection with the religious affiliation of any other candidate. It was raised previously in the case of Governor Alfred E. Smith when he was candidate for the office of President back in 1928.

It is the very character and teaching of the Roman Catholic Church that it, and only it, u visible, organized body is the Kingdom of God on earth and therefore it may and must use the arm of government whenever it can to further its cause in the earth and to suppress all who challenge her position or teaching. 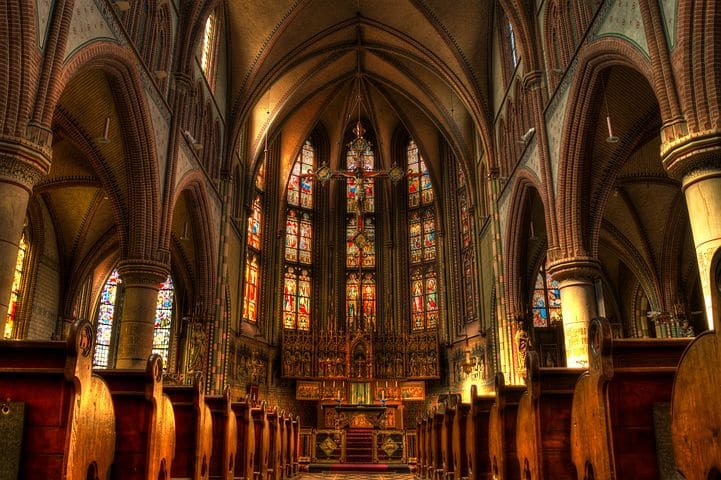 This is precisely what the Roman Catholic Church practises today when she can. Incident after incident has occurred in recent history in Latin American countries, in Spain and Italy showing how this church suppresses and harasses any who challenge her absolute claims. Direct word from a veteran missionary in the Orient tells us that their missionary effort is hindered much more by Roman Catholics than by Communists.

But we are in America, people say; it cannot happen here.

Let us be very clear on this point: The Roman Catholic Church takes its claim of universality (catholicity) very seriously. It is all one church, and what it offiCially teaches holds true for the whole church, also for that part of it that is in the United States. It also holds true for Mr. Kennedy as a member of that church.

Furthermore, there are powerful Roman Catholic voices on American soil that plainly espouse the official stand of the church. Monsignor John A. Ryan of the Catholic University of America and Father Francis J. Boland of Notre Dame have prepared a standard text on Catholic Principles of Politics. This work, issued under the imprimatur of Cardinal Spellman, speaks forthrightly as follows:

“Quite distinct from the performance of false religious worship and preaching to the members of the erring sect, is the propagation of the false doctrine among Catholics. This could become a source of in jury, a positive menace, to the religious welfare of true believers. Against such an evil they have .a right of protection by the Catholic State.”

Would this not be intolerance? Listen to the arrogant voice of false absolutism in these words from Ryan and Boland:

“They are intolerant, but not therefore unreasonable. Error has not the same rights as truth. Since the profession and practice of error are contrary to human welfare, how can error have rights? How can the voluntary toleration of error be justified?”

The same point appears in the writings of another noted American Roman Catholic cleric. He is the Rev. Francis J. Connell, dean of the outstanding center of Roman Catholic thought in the United States, the School of Sacred Theology of the Catholic University of America.

In 1953 this noted Roman Catholic figure wrote as follows:

“However much we may praise [the American system], as far as our land is concerned, it is not per se preferable to the system in which the only true Church would be acknowledged and specially favored.”

In 1864 Pope Pius IX set forth the famous Syllabus of Errors. One of the errors condemned in the Syllabus is this,

“In the present day it is no longer expedient that the Catholic religion should be held as the only religion of the State, to the exclusion of all other forms of worship.”

Please note—this statement is an error, in the Roman Catholic view.

Along with the Syllabus of Errors the Pope issued an encyclical called Quanta cura. In this encyclical the pontiff condemned the “totally false notion,” yes, the “insanity” of the position that “the liberty of conscience and of worship is the peculiar or inalienable right of every man, which should be proclaimed by law.” This is plainly a direct attack on some of the most cherished portions of our Declaration of Independence and the Bill of Rights.

That is the official Roman Catholic position.

We believe that a church which holds to such notions and which acts accordingly when it can should receive absolutely no encouragement. The election of a member of the Roman Catholic Church to the office of President of these United States will give that church such encouragement.