To the average American, culturally uprooted and religiously indifferent, the answer to the above question is, “Why not?” To the political defeatist, who sees the onrush of Communism as irresistible, the answer may be, “By all means I What other force is there in this world than that of Catholicism that has the spiritual stamina to oppose word—Communism successfully?” To the theological liberal the question itself is an indication of arrested development, since opposition to the Church is, among the better educated, nothing but “a respectable substitute for anti-Semitism” (Cf. R. D. Cross: The Emergence of Liberal Catholicism in America, Harvard, 1958, p. 208). 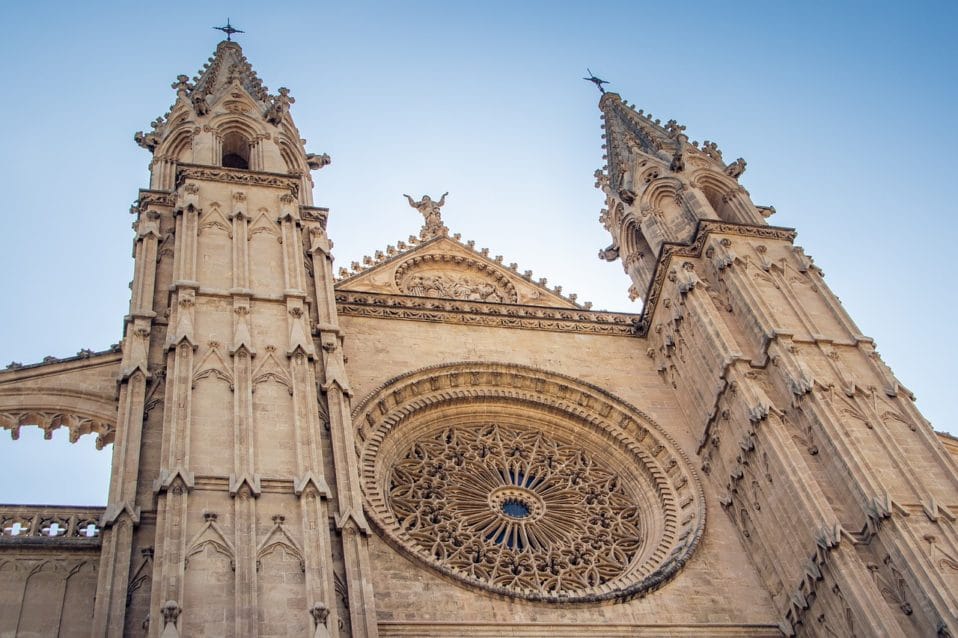 “The height of prejudice is to think oneself un-prejudiced,” said a wise man. To recognize our religious and cultural prejudices is wisdom, but to deny their existence or to veneer them with a false tolerance is lack of self-criticism and sheer dogmatism. The Catholics themselves are quite willing that the religious convictions of the candidates should be made known (Cf. Ave Maria, March 21, 1959). However, it does not follow that a man’s personal relationship to his God is to be made an issue in politics. That would becloud the issue.

All men who recognize that religion is a heart-matter and concerns the most sacred relationship of man to his God, will agree that a man’s politics are influenced by his religious convictions and that man ought to obey God rather than man. However, we as Protestants confess that in our conscience we are subject to the Law and Word of God (no man is lord of the conscience). But the Catholic gives his allegiance to the Pope, the Vicar of Christ and the infallible interpreter of faith and morals, as one who rightfully demands “unquestioning submission and obedience of the intellect and the will.”

Roman Catholicism is basically totalitarian. Instead of the State-Church idea of Communism and of Nazism it has always held to the idea of a Church-State. In his recent book, The Riddle of Roman Catholicism, J. Pelican clearly indicates that the Roman Catholic idea ever since the Middle Ages has been “a catholic church in a catholic state” (p. 107). This may not sound like a threat to the average Protestant with his conception of religious tolerance. However, the official world organ of the Jesuits, Civilta Cattolica of Rome (April, 1948) gives this interpretation of the Catholic philosophy of tolerance and freedom for non-Catholics: “The Roman Catholic Church, convinced through its divine prerogatives of being the only true church, must demand the right of freedom for herself alone, because such a right can only be possessed by truth, never by error…In some countries, Catholics will be obliged to ask full religious freedom for all, resigned at being forced to co-habitate where they alone would rightfully be allowed to live. But in doing this the Church does not renounce her thesis, which remains the most imperative of her laws, (italics added, HRVT) but merely adapts herself to the de facto conditions, which must be taken into account in practical affairs…The Church cannot blush for her own want of tolerance, as she asserts it in principle and applies it in practice” (Quoted by Paul Blanshard in American Freedom and Catholic Power, p. 295).

The famous case of Hildebrand’s excommunication and interdict, which brought Henry IV to his knees at Canossa (January, 1077) and the infamous deal of Pius XI with Mussolini, whereby the hierarchy gained exclusive right with respect to the free exercise of religion in Italy (maintained until March, 1960, and given up at the insistence of the U.S.A. Ambassador) are good examples of the power of the Popes at work.

Rome believes that “every Catholic should he a total Catholic, which means giving unswerving allegiance to all the teachings of the Church…There should be unity of opinion among Catholics on two important principles, the maintenance of religion and the State. There is no room for disagreement on these matters…In these troublous times it is important for Catholics to heed the voice of the Pope. Papal teaching is the guide for Catholic thought and action” (Quoted by “Christian Heritage” from Christian State or Pagan Chaos, Paulist Press, N. Y., pp. 6, 10, 12, 14, 17).

It is true that Senator Kennedy has avowed that whatever one’s religion may be, this is a concern of his private life. but that for the office-bearer nothing would take precedence over his oath to uphold the Constitution, including the first amendment, which demands the separation of church and state. But the Jesuit weekly, America, reported four days later that Senator Kennedy did not mean that (Cf. March issue, 1959, p. 651). And Ave Maria made haste to add that conscience takes precedence over the Constitution. No doubt all good men would agree, but the difference, I wish to point out once more, is that the Catholic conscience is subject to the “Father” in Rome but the Protestant conscience is subject to the Lord Jesus Christ as he has revealed his will in his Word.

There are many voices today asserting that the Vatican and its agents have never directed Catholic citizens in their voting. But the New York Times some time ago reminded us that Pope John XXIII forbade Roman Catholics throughout the world to vote for candidates or parties that supported or gave comfort to the Communists. This prohibition was world-wide and absolute (Cf. issue of April 14, 1959). This means that any Catholic flouting such a directive does so on pain of excommunication. In Argentina, on the other hand, Catholics received a directive not to back parties striving for the separation of church and state (N. Y. Herald Tribune, Nov. 18, 1945). Not only does the hierarchy influence the people of a nation as a whole, but pressure is also exercised in the case of individuals. Dr. Poling, Editor of the Christian Herald, has recently made public that this is the case with respect to Mr. Kennedy himself. Poling had asked Kennedy to take part in a dedicatory service of the “Four-Chaplains Chapel,” together with a Protestant and a Jew, as representatives of the three major religions of America, whose chaplain heroes were being honored and commemorated. However, after having agreed to speak, Kennedy sent a letter of regret saying that he could not participate because the hierarchy took a dim view of the whole procedure.

What would happen if we had a Catholic President in the White House? Even now statues of Mary and the Crucifix are being raised in public parks at public expense and no amount of Protestant protest seems of any avail to remove them. Right now the specter of special privilege is raising its ugly head in the most unexpected places; for example, the Military Ordinariate of the Catholic Church is maneuvering to give Catholic Chaplains the right to perform religious rites not merely within their own regiment or aboard their own ship but throughout the whole command and in the entire Beet, without being subject to their commanding officers. This creates a dual line of command and will destroy military discipline (Cf. Christian Heritage, May, 1960, p. 7).

In conclusion we assert that Protestant opposition to the Catholicism of the Democratic candidate is not un· reasonable, much less irrational. It is based on historical facts and the present practices of the Roman hierarchy in seeking special privileges, in boycotting opposition, in playing power politics while in the minority; and in its program of harassment, oppression, and downright persecution where they are strong. To the true Protestant, who kneels before God but not to man, the prospect of having the President of these United States kneeling before some Papal Nuncio on a state occasion would be most galling. If this be prejudice, let us make the most of it!