The Scriptures teach us the universal character of the kingship of Christ. This we hold to without fear of contradiction. This was the conclusion drawn in the previous article dealing with this subject. We should now consider the practical side of this topic and inquire after the consequences of this teaching for our life as Christians in the world.

It may be dangerous, however, just to use a number of Scripture texts as arguments in order to build up a certain system of Christian living. There are some important distinctions we must not lose sight of, with which we will deal in this second article. The discussion of the practical side we will leave for the next time.

The first distinction deals with the spiritual character of Christ’s kingship. The second speaks about the subjects of the King and reminds us that it is not the same when we say, “Christ is King of a neutral union,” and to say, “He rules over his people.” 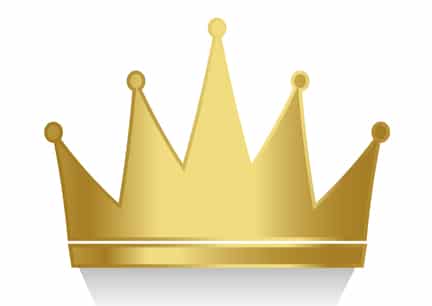 The fact that Christ is King of a spiritual kingdom has been too often forgotten during the course of the centuries. The disciples planned to defend their master with force and bravely pointed to the fact that they had two swords. The church of Home still exercises “the power of the sword.” We must remind ourselves time and again, when Christian action comes to the fore, that we serve a King whose only weapon is the Word, the sword of the Holy Spirit.

The Scriptures are not to be mistaken at this point. Every bible reader is immediately ready with the passage where Jesus said before Pilate, “My kingdom is not of this world; if my kingdom were of this world, then would my servants fight that should not be delivered to the Jews: but now is my kingdom not from hence.” Paul has called this witness “a good confession” in his epistle to Timothy (I Tim. 6:13). In Luke 17: 20 we read, “And He was asked of the Pharisees, when the kingdom of God should come, He answered them and said: The kingdom of God comes not with observation.” But then it is well to cite the entire context and not to point only to “not with observation,” as was done not long ago when discussing Christian organization. It would be just as reasonable to use nothing but that passage in order to condemn the Christian School along with Christian young people’s work, and buildings, banners and periodicals. For does it not follow immediately in verse twenty-one, “Neither shall they say, Lo here! or, lo there! for, behold, the kingdom of God is within you?” The deciding question is how to understand all this. Are we to read here that the kingship of Jesus Christ is in reality no rule at all, as if it has nothing to do with all that happens in this world? Is it possible that pietists and methodists are right after all? Is the Calvinistic claim “Serve thy King in every sphere of life” being robbed of her foundation?

It is clear that this could not possibly be the case. We already have sufficient reasons in all the other Bible references which we named in the first article, all speaking of a real kingdom. Before Pilate also, Christ spoke twice about His kingship. It exists, truly, great in might and power! Christ admits, indeed, that it is not of this world, but he does not say that it is not here: it is “within you.” On the contrary it is certain that it touches all people and nations in every relationship. His kingship sets the entire world in motion.

On the other hand it is and remains spiritual in character. That means it has its origin not upon the earth but in heaven. It makes use not of earthly, worldly means, but of spiritual means, even though Christ brings to pass his kingdom through the service of men. We can not sidetrack it by saying in the anabaptist way. that it is only for our soul, for our spiritual inner being and that the spiritual kingship of Christ in the world is comparable with a drop of oil floating on the water. Neither is there any room in our expectation of the future for an observable millennium of Christ on earth before the end of the world.

Christ’s dominion and kingship are from above, like the stone, cut out without hands, which became a great mountain and filled the whole earth (Dan. 2:34, 35). For Christ the King we may only strive with spiritual weapons, i.e., with the Sword of the Spirit, the Word of God, even though we are to make reality of the truth of this Word in our daily living.

In the second place, another distinction asks our attention. Already long ago it was expressed in the Latin terms: “regnum potesta tis” and “regnum gratiae” (the kingship of power and the kingship of grace), words which may sound strange in the ears of the unlearned but which are brought within reach of us all in the Heidelberg Catechism, Lord’s Day 19, where Christ is referred to as “Head of His Church, by whom the Father governs all things.” The terms may seem foreign to many, hut we are all acquainted with the subject matter. The beauty of the definition in the Catechism is this, that it shows the indivisible unity of his kingship. There is no mention of two kingships, but of only one. In the kingship of Christ the rule of the world is subject to the rule of the Church. Jesus Christ has received all power in heaven and on earth, to become King over his people and in order to gather together and to protect his church. He governs all things in such a manner, that his people are saved and shall share in his eternal dominion. In the world Christ is King, even though the demons oppose him and people reject his kingship. He rules over them, strictly independent of their will. But his people bow before him. They become subject to their King, in faith, in love, in glad obedience, because his kingdom is within them.

This distinction is of great importance for a true insight into the kingship of Jesus Christ, provided we consider two things here.

First we must consider that this dominion over the world is indeed a real dominion, notwithstanding the fact that men deny Him their obedience. In reality He rules over nations and dictatorships and over the workers of iniquity. That is why this world is of concern to believing subjects of Christ. For that reason we must do hattIe as believers and we are not to rest until the banner of Christ’s kingship is raised high in society and in politics and in organizations of labor and science. Have we not a King, who rules not only over us, but over all the world?

Secondly, we must note that according to the above discussion Christ’s kingship concerns his CHURCH, because, as was already mentioned, his rule of the world is subject to his rule of the church. When we say “church” we are to consider all his people in all their various relationships and not exclusively the church as institute. His own bow before him and serve him all through their lives, in all their course of conduct. In such a way the kingship of Jesus Christ is revealed, in his dominion of his church.

Some directions for christian behavior as subjects of this King, which are a result of this teaching, will come under discussion in a concluding article of this series.