Over the past several months, a number of items of inaccurate or misleading information about Mid-America Reformed Seminary have appeared in the Christian Reformed Church publication, TIle Banner. For example, the interim editor alleged that Mid-America offered a teaching position to one of the authors of me Synod Report 44 (‘Well-Nurtured Discontent,’ The Banner, March 1, 1993). And a published “letter to the editor” (“Voices;” The Banner, March 29, 1993) contained a number of extraordinary statements about the seminary. Up to this point, we have elected not to respond to these items, choosing instead to keep publicizing the positive contributions that Mid-America has made and is continuing to make to the CRC.

However, in May 3, 1993 “Q & A” column, The Banner stepped over the line. The piece in question contains a number of false statements hurtful to Mid-America, our students and graduates in particular, and CRC conservatives in generaL Friends of the seminary have inquired about these matters and thus we want to equip them with the facts. 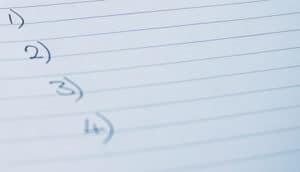 The normal course of study at Mid-America Reformed Seminary results in the student receiving a Master of Divinity (M.Div.) degree. A Mid-America M.Div. graduate has demonstrated competence in Biblical Greek and Hebrew, systematic theology, Bible history and exegesis, church history, pastoral counseling, preaching and church administration, in short, all things necessary for an effective and complete ministry in a confessionally Reformed church. With this preparation our graduates have been called, examined and ordained in a number of Reformed churches.

However, for our CRC students, there is an extra set of requirements. While students at Mid-America, these men are working under the Calvin Seminary Special Program for Ministerial Candidacy (SPMC). As a part of the SPMC requirements, the CRC graduate from Mid-America must spend an additional year (not required of Calvin Seminary graduates) at Calvin taking courses which in terms of substance are often a repeat of his studies at Mid-America. (lncidentally, this extra year is supported by reasons that have nothing to do with any demonstrated deficiencies in Mid-America’s program.) Then after this extra year is completed, the student must complete a year-long internship in a Christian Reformed Church under Calvin Seminary supervision. The student who attends Calvin Seminary exclusively is allowed to complete this internship before his final year. Thus, a student who comes with plans to graduate from Mid-America must be prepared for five years of preparation before seeking ordination to the CRC ministry.

Some try to suggest that our Christian Reformed students do not wish to serve the eRe. Nothing could be further from the truth. The MidAmerica CRC student and graduates must endure conSiderably more personal inconvenience and expense than their counterparts at Calvin in order to serve their church.

Now on to the facts concemmg The Banner’s allegations.

1) A Banner representative never contacted Mid-America in order to verify any information that appears in the article.

2) Contrary to the material contained in the article in question, no licensed Mid-America student has ever “used (his] license to establish small, breakaway groups” (emphasis mine).

3)Two of our graduates have served as interns in churches that left the CRC during or shortly after the student’s term of service. Please allow us to explain their situations and two others.

• James Graveling, currently the ordained pastor of the Independent Reformed Church of Salem, Oregon, was not an active participant in the formation of that congregation. He was working as an intern through the auspices of Calvin Seminary just before the split occurred. The split was precipitated in part by a visit from the Director of the Calvin Seminary field education program, and by the actions of Oassis Columbia when they deposed dully elected and installed office-bearers in the Salem CRC.

• Thea Hoekstra, currently the ordained pastor of Immanuel Reformed Church in Neerlandia, Alberta, was also a pastoral intern working through the auspices of Calvin Seminary up to the time shortly before the split occurred in the Neerlandia CRe. Mr. Hoekstra attempted to cooperate with the SPMC program at Calvin Seminary and was not responsible for the formation of the Immanuel church.

• Mid-America graduate, Fred Folkerts, had plans to attend Calvin Seminary. Since the year-long internship was required before Calvin Seminary would recommend him to the churches, Mr. Folkerts requested that he be allowed to complete the internship in Northwest Iowa prior to beginning his extra year of studies at Calvin. Mr. Folkerts reasoned that one move rather than two would be easier and less expensive for his family of seven. But, Calvin Seminary denied. this request and insisted that Fred come to Grand Rapids for his extra year and then seek an internship, thus requiring a second move.

• Mid-America graduate, John Bouwers, attended Calvin Seminary for one year before transferring to Mid-America. After receiving the M.Div degree in 1991, Mr. Bouwers brought a personal request to the 1991 CRC Synod, requesting that he be granted an exception and processed for candidacy in the CRC without spending the additional year at Calvin. His grounds were that he had already completed his year of study at Calvin Seminary and the requirements of the Calvin Seminary field education program. Unfortunately, the synod voted not to accede to Mr. Bouwers request and denied him the opportunity to make a five minute oral appeal to the synod meeting.

4) The Banner article also neglects to mention the two Mid-America graduates who are now serving as pastors in CRC congregations, the two men currently at Calvin Seminary for the SPMC year and the men at Mid-America today who are committed to the CRC ministry (seven currently). Mid-America’s policy is neither to discourage nor encourage a student to seek ordination in the CRC. but to be faithful to his commitment. In other words, if a student receives classical aid, he should seek ordination in the CRC. Mid-America is privileged to have students from several church denominations and the seminary does not attempt to interfere with their ministry goals. On several occasions, the faculty at Mid-America has worked to convince a number of our CRC students to complete the SPMC year rather than seek ordination elsewhere, in order to keep their commitments to classes.

Finally, the Mid-America board and faculty have worked and continue to work consistently on behalf of the historic unity of the CRC denomination, a unity which for several generations has been rooted in a profound respect for and zealous adherence to the church’s confessional standards and the maintenance of that unity by the God-ordained standard for Christian unity, namely, mutual submission to the Word of God. The students at Mid-America know of the commitment and give abundant evidence of their agreement with this commitment. This very concern for the CRC and its future is the primary reason for the formation of the seminary eleven years ago.

We stand ready and willing to account for our actions as a seminary. All of us at Mid-America would like nothing more than to see many of our graduates serving the Christian Reformed church precisely because we love the Lord, His church and the historic Reformed faith. If any of our readers wish to obtain further information about this or any matter concerning Mid-America Reformed seminary, please contact us.