If you watch any amount of television, you’ve noticed that the election year sparring is heating up nicely. What’s interesting to me is how the “religious” community is being included in the political maneuverings. In one sense, I’m delighted evangelicals who are, by and large, conservative in their politics are being asked anything other than to keep our thoughts to ourselves. But why is it every other special interest group in American has the right to speak its individual or even collective mind, but Christians who take the Bible at face value and take it seriously are relegated to the cultural equivalent of lepers?

I believer the answer lies in the socalled Jeffersonian “separation of church and state” that has been used as a club to beat Christians into silence and even acquiescence. Well, guess what? The FBI has now entered the picture and the ACLU won’t like what they found—not to mention other social engineers.

As Charles Colson explained it in an April “Breakpoint” radio program, “Examining doa.nnents with cutting-edge computer technology, they’ve deciphered blacked-out text and lost messages. And what their investigation reveals is scandalous.”

They were scrutinizing a draft of Thomas Jefferson’s Letter to the Danbury Baptists and discovered the almost forgotten doctrine of constitutional federalism. In that letter, President Jefferson referred to the now-infamous “wall of separation” between church and state. For years, this so-called “wall” has provided the pretext for restricting religious expression. But the FBI’s examination of an early draft of the letter shows that what Jefferson really meant by that “wall” bears little resemblance to the way it is being used today. 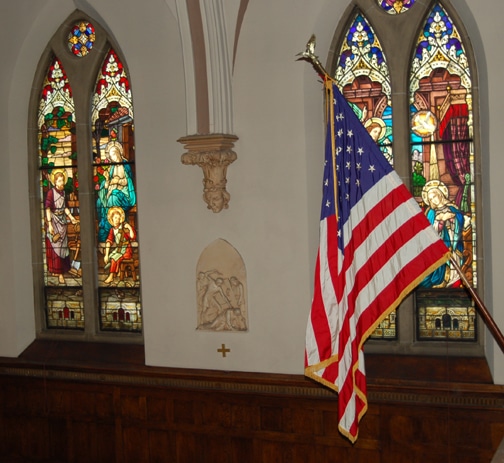 In 1802, Baptists in Danbury, Connecticut, objected to the established state church congregationalism. They wanted Jefferson—famous for promoting religious disestablishment in Virginia—to intervene in Connecticut, but Jefferson refused. Although he favored the Baptists’ position, Jefferson explained that the Constitution forbade the federal government to intrude in state matters. That was the “wall of separation” he referred to in his letter. You see, the First Amendment forbids the establishment of a national church, but that restriction does not apply to individual states.

This is not a plea for a return to state churches. It is a plea for honesty and for allowing Jefferson to “say” what he actually said.

Today most of our citizenry believe that the First Amendment almost forbids religious expression in the marketplace of ideas which has nothing to do with what Jefferson was getting at in his famous “wall” statement—in fact, just the opposite. You see, Governor Jefferson declared religious days of prayer and thanksgiving, but President Jefferson wouldn’t. As governor, he even promoted a law punishing preachers who would not preach on state holidays. But Jefferson was no hypocrite—he simply understood that the First Amendment restricts the president, but not state governors.

This obviously has profound implications for policy-making today, especially as evangelicals or even fundamentalist Christians are drawn into the cauldron of debate for the purpose of destroying a candidate’s credibility and/or integrity simply because he or she had the temerity to jump over the “wall” and by even speaking to Christians which, somehow, violates the supposed Jeffersonian rule. As one former Washington insider put it recently, “The founders’ respect for religion is stamped all over our founding documents. And it shouldn’t take FBI investigators to find it.”