Several readers of my introductory article to this series on the problems of Calvinism and church music have questioned the need for reverting to the days of John Calvin in our discussion of music in the Calvinistic church. This writer is convinced that the very vague sense of direction which we Calvinists have regarding church music today lies in the fact that we do not fully understand what has happened in the past: where our church fathers started in their evaluation of church music; the reasons for their actions concerning contemporary music in the church; and the application of their principles to our modern problems. 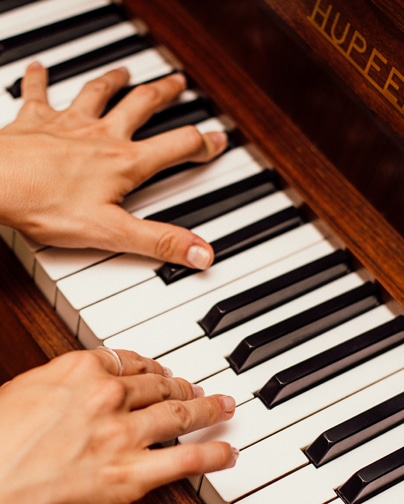 When John Calvin arrived in Geneva in 1541 to assume the pastorate at St. Pierre Church he found no music in the service. No organ. No choir. No congregational singing. Why? The answer must be found in the history of the Reformation.

Among the criticisms of the Catholic Church by the sixteenth century Reformers was the complaint that the church service, the mass, was unintelligible to the average layman. Spoken or sung, the mass in Latin was not understood by many. But even a more serious accusation was this, that the music of the mass, instead of contributing to worship, was actually taking the listener’s mind away from worship. The music for many of the masses, sung in four or more parts by the choir, was most often based upon a .secular folk song. For instance, there were more than thirty masses written during the sixteenth century based upon the popular tune, L’Homme Arme (The Armed Man). While one voice sang the original melody with the secular words, the other voices would sing elaborate counter-melodies with religious words. This increasing secularization of music for the church. and the idea of music in the church for music’s sake, finally became so disturbing even to the Catholic Church that the famous Council of Trent was forced to consider it and take steps to change it. There were elements in the Catholic Church which desired the complete removal of music from worship because they feared that music had become so secular it was no longer possible to restore it to a place of value in worship. Music in the Catholic Church was preserved however, through the great work of such composers as Jacobus de Kerle and Palestrina.

The solution to the problem was found differently in the two important Protestant Reformation churches. While the mass continued to be sung in Lutheran churches, the texts were translated to the vernacular so that everyone could understand the words of praise. The music was simplified, and a new style of congregational singing developed so that everyone, whether they sang in unison or in harmony, at least sang the same words at the same time. The first reaction of the Swiss Reformers to secularized music in the church was simply that of many Catholics of the day: take all music out of the church. Not only vocal music by choir or congregation, but also instrumental music. Since the organ and other instruments had been used to accompany the highly secular vocal music, it was inevitable that the organ should also be discarded.

Severe as this solution was to the problem of church music, it is nevertheless quite understandable. Since there was no music which fit the requirements for Reformed worship, none could be used. Just as all the dogma of the Catholic Church had to be completely eradicated from the thought of the Reformed Church, so, too, the unsatisfactory trimmings had to be cut out.

But John Calvin had a vision of satisfactory church music. His historical sense combined with his ideals of true worship and praise led him to the

conclusion that even in the New Testament Church there was room for the Old Testament order of worship through music. But again, a start had to be made. His little Psalter of 18 Psalms and Hymns, with some of the verses composed by himself, which he had published at Strassburg in 1539, was expanded at Geneva for use in his church. One of the finest living professional composers, Louis Bourgeois, was hired to come to Geneva. Bourgeois’ job was a twofold one: he was to write the music for the new Psalter and to teach music in the grammar school.

The music which Bourgeois wrote for the Psalter fit the needs of the congregation for true worship. Since for almost a generation there had been no singing in the church services, the music was kept simple. There was no four-part harmony for the time being. Everyone sang in unison, and everyone sang the same words. It was a complete musical unity. The music had been specifically composed for the texts, and seldom in musical history has there been found a more beautiful marriage of words and music. The music was joyful, highly rhythmic (not staid and slow as modern Calvinists often think of it) and so inspired as to live to the present day in almost every continent of the world. Singing these Psalms with harmony was first enjoyed in the homes, the harmonizations having been written by some of the greatest living composers. As congregations learned the harmonizations, and with the introduction of organ accompaniments, we find the part-singing of the Psalms back in the churches within fifty years after Calvin’s death. With the rise of great Calvinistic organists and composers like Sweelinck, who used the Psalm tunes as the basis for their organ chorales and preludes, we find instrumental music once more in use in the church.

What About Secular Tunes Today?

In this brief historical background there must be some lesson for the twentieth century Calvinist church. Music was eradicated from the church in the sixteenth century because that seemed to be the only way to cure the problem of secularism. The secular, sometimes lewd, associations of the melodies used in the Roman Mass had come between the worshiper and his worship.

Are we not faced with a similar situation in many churches today? How can the mental image of Narcissus gazing into the water be an aid to worship? But Narcissus is a popular organ prelude with some organists. How can one sin? “Come, ye sinners, poor and needy” in divine worship when between him and worship stands the name of the composer, Rousseau, one of the great atheists of the French Revolution? The music itself may be attractive and may in itself be perfectly wedded to the text of the song. But we must remember that in our day, just as in Calvin’s day, pretty music alone or in combination with religious words does not necessarily contribute to worship. If there is any element present which detracts from true worship, it should be eliminated. By the grace of God much folk music and much art music of even godless composers may be called beautiful or possibly “inspired.” But that does not make the music ipso facto proper for worship.

Calvinist churches have generally remained true to the importance of the Word. In their concern for the Word, however, they have too often forgotten about the vehicle which carries the Word. When the choir or the congregation or the Sunday School class sings portions of Scripture, it is only fitting that the music have the sincerity and meaning which the Word calls for. Only too often does the music have a taste of the dance hall or the tavern, and the unthinking listener, with his rhythmic sense tickled, feels musically satisfied. The question of his spiritual satisfaction and the question of proper praise to God is usually left unanswered.

This state of affairs is a natural one. It is a state which might well be expected, since the attitude of many Reformed folk towards music has been destructive rather than constructive. Guidance for all of us is desperately needed to help us worship in spirit and in truth. May God grant us that guidance.