…to the saints that are at Ephesus end the faithful in Christ Jesus: Grace to you and peace from God our Father and the Lord Jesus Christ.”  Ephesians 1:1, 2

Paul addressed this epistle to the “saints and faithful at Ephesus.” Perhaps it was intended to be circulated among other churches in Asia Minor. The “epistle from Laodicea” (cf. Colossians 4:16) may well have been Ephesians. The word “saints” was one of the earliest designations for Christians (cf. Acts 9:13). Its companion word is “faithful,” sometimes translated “believers.” A Christian saint is a Christian believer. His belief is an essential in his sainthood. 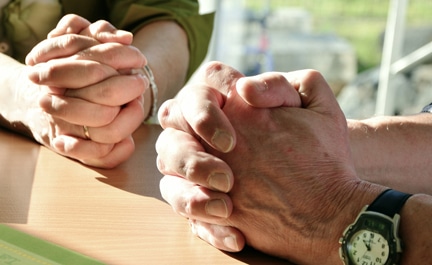 All Christians—not just certain exceptional Christians—are saints in the sense that they belong to God. That is what the word really means. Saints are people who have been set apart for God. They are his chosen and purchased possessions, first chosen and then purchased. Both the negative and the positive ideas in the word are clearly expressed in I Corinthians 6:19, 20, “Ye are not your own; for ye were bought with a price: glorify God therefore in your body.” We must not allow the Church of Rome to influence us into thinking that only certain believers are saints and that therefore only certain Christians have the assurance that they belong to God. Every Christian is a child of God and is called to be a saint.

The origin of this holy calling is in God. We do not make ourselves saints. The Church cannot do it. The sacraments cannot do it. Only God does it. We are his by sovereign grace. Paul stresses this truth throughout the epistle. It is impossible to read this epistle without being confronted with the stupendous fact of grace that is greater than our sins. This grace is revealed in Christ to whom God joins us in vital union and whom we receive by faith. Hence, the saints in this epistle are addressed as “in Christ Jesus.” There are no saints apart from him. Sometimes Christians try to make light of their failings by saying, “Oh well, I don’t pretend to be a saint.” How strange such a flippant utterance would look in the New Testament where saints and Christians mean the same thing.

The saints in Ephesus were a very small part of the population of that luxurious city in which the temple of Diana was so prominent. They were little noticed, or noticed only to be despised and persecuted. They were the first generation of believers who had not left their first love. It was quite a different matter with the second generation of believers in that congregation. To them was sent the message: “I have this against thee, that thou didst leave thy first love” ( Revelation 2:4).

“Great is Diana of the Ephesians!” (Acts 19:28). That was only one exhibition of the passionate idolatry that pervaded Ephesus. The little congregation of Christians had to stand up against it, often at the price of persecution. “I know thy works, and thy toil and patience.” (Revelation 2:2). The eye of the Lord was upon them in their noble contendings, and the heart of Christ was responsive to their cries. They had their sorrows, but he who had been the Man of Sorrows knew all about it. They had a thorny path, but he who had worn a crown of thorns was mindful of it. He cared for them. His grace was sufficient.

And that grace is sufficient for us, too, as we walk our weary, pilgrim way. We know that are sufferings of the present time are not worthy to be compared with the glory that shall be revealed.

The apostle begins his epistle with grace and ends it with grace. “Grace to you”…“Grace be with all them that love our Lord Jesus Christ.” And between the beginning and the end the themes he so sublimely discusses are all the manifold forms of the same principle—drops, showers, rills, rivers, from the ocean-fulness of divine grace. Grace in the heart of God that elected; grace in the cross of Christ that redeemed; grace in the office of the Holy Spirit that sanctifies; grace in the Church Militant that obeys; grace in the Church Triumphant that sings the everlasting praises of God with perfect pitch. Grace everywhere and forever!

And peace! This is what we receive in believing, which Jesus promised, and which the world can neither give nor take away. In the assurance of this peace we brave the storms of life, and in this same peace we fall asleep in Jesus. Everything in the Gospel breathes peace and pardon to the believer. Jesus is the “Prince of peace” (Isaiah 9:6). He himself came and preached peace to them that were near and to them that were far off. His blood is the seal of our peace.

Grant us, most holy God, thy purifying grace, that we, living in thy light and walking in thy way, may magnify our calling as saints in Jesus Christ our Lord. Amen.