Do not conform any longer to the pattern of this world, but be transformed by the renewing of your mind. Then you will be able to test and approve what God’s will is His good, pleasing and perfect will. (Romans 12:2)

Romans 12:2 was the theme verse for this year’s RYS Convention at beautiful lakeside Bethel College in St. Paul, Minnesota. As a kick-off for the convention, Mr. Gary Veldink introduced the Hills Reformed Church youth group (the only URC in Minnesota). They had a list of l0,000 things that made the state of 10,000 lakes the best choice for 2008’s convention, reading about twenty ofthem. There was something about Minnesota’s state bird being a monstrous mosquito. All the convention-goers thought that was a joke, but by the end of the week, we were all believers.

Following the Minnesotan welcome, my personal favorite part of the whole convention came—SINGING! With Rip Pratt and Brent Cooper on the guitars and Julie on the keyboards, the Bethel chapel exploded with over seven hundred voices singing praises to God. Every session during the week started with singing followed by the speakers. This year, the two main speakers were Rev. Jason Tuinstra from Emmanuel URC in Lemoore, CA and Pastor Jeff Doll from Cornerstone URC in Hudsonville, MI. Neither is a stranger to RYS and their reputations preceded them. Rev. Tuinstra was the main speaker at the 2006 convention in Georgia. He has become known as the “me monster man” because of his speeches on Philippians 2:4. Pastor Doll has held several workshops at past conventions.

This week Rev. Tuinstra spoke three out offive times, borrowing the title of the old TV game show, “Is the Price Right?” The main points of each of his speeches were first, that we ought to fully appreciate the price God paid for His children; second, the body needs to be willing to live a different life than that ofthe world, and last, the mind must be prepared to change because our minds are just as important to God as our bodies. We all know that without the mind, the body does not react. Once again, Rev. Tuinstra created a memorable tag line: Jesus Christ is our “Price Tag”. When we begin to live a life closer to that of the world, we are to remember our “Price,” and the sort of response that is required and natural-adoring service and gratitude. It is that response that should separate us from the world by the transformation of our minds.

Pastor Jeff Doll did not capture conventioneers with memorable quotes or lines (which are awesome), but with his experience. Rev. Tuinstra held us unbelievably captivated while Pastor Doll made us aware of the dangers this world holds. He focused on the threats of our three greatest enemies; the devil, the world, and ourselves. No matter how strong of Christians we may say we are, temptation is always there. This world thrives on all that God hates, and we as “pilgrims in a pagan land” are constantly enticed. But Pastor Doll reemphasized Romans 12:1 and 2 and the encouraging words there that show us there is refuge and success in Christ as our Savior. Again, his personal experiences highlighted the reality of what the Bible warns us against. Pastor Doll gave many examples, and each one humbled him and us to the same level of spiritual battle.

The workshops during the first two days provided more instruction and encouragement. There were a total often workshops offered during the week with each conventioneer selecting five. The five I went to were “Gifted for Kingdom Service” by Joel Weaver, “Our Daily Threads” by Rev. Phil Grotenhuis, “Starbucks goes to Church: Evaluating the Emergent Church” by Rev. Harry Zekveld, “Truth or Consequences” by Pastor Ronald Scheuers, and finally, “Cultural Christians” by Quentin Falkena.

Joel Weaver’s “Gifted for Kingdom Service” addressed the use of individual gifts in the church. No one has every single gift, but the gifts one does have should be used in a service to God.

Rev. Grotenhuis’ “Our Daily Threads” was this convention’s modesty workshop, but instead of being like every other workshop on modesty he brought a fresh approach to the topic. He taped several interviews of people on the street, in which he asked questions such as: “What is modesty?” and “What should it look like?” The answers given were never definite and always somewhere between proper conduct and personal preference. Rev. Grotenhuis also discussed how modesty does not mean hiding the body because of shame, for the Bible does not speak of the physical appearance of the body as shameful. I think that this approach to the modesty issue really gave people a more compelling reason to accept it.

“Starbucks goes to Church” by Rev. Zekveld was more of a learning experience due to the fact that he not only explained the ideals and ways of worshiping in the Emergent Church, but he also pointed out some of the pros that he saw in it. Two of such pros were how close the members of these churches are with one another. Their accountability to each other is an admirable strength. The other pro is that these Emergent Churches were begun to reach out to generation ‘X’, the generation that wanted to break away from the old fashioned ways of worship of their parents. But a key reason why the Emergent Church is so wrong is that it does not regard the Bible as an everlasting truth. This church is constantly moving and seeking newer and better ideas.

Pastor Ron Scheuers’ “Truth or Consequences” basically addressed the consequences when loyalties and actions reflect those of the world verses those of heaven. The world may appear to reap all the glamor and wealth, but in reality, they are reaping a judgment so great, only Christ could stand it. Those who sow their lives in heavenly ground will reap eternal and true riches through the works of Jesus Christ.

Finally, Mr. Quentin Falkema’s “Cultural Christians” was a good smack in the face—and I mean good as in very beneficial. In today’s culture, Christians become so willing to let the world seep into everything we watch, listen to, wear, or spend our money on. When this happens, Mr. Falkena encouraged us to evaluate our entertainment choices in light of Scripture. But again, all things are possible through Christ who provides the strength.

In the end, all of the workshops were reported to be meaningful and well presented. Several of my friends and I wish that the conventions would last longer so that we could attend all of the workshops. The biblical teaching presented at the RYS Convention, as well as the sports tournaments and talent show (and meal times!), are all a blessing to each of us who are blessed to be able to go. At my home church of Covenant Reformed Church in Kansas City, MO, our youth are jumping out of their shoes for the next convention to begin the moment one ends. The work that the RYS committee does is phenomenal and very much appreciated. I am most thankful to God for placing in the convention goers’ and their parents’ hearts the desire for this retreat to occur. Praise God from whom all blessings flow! 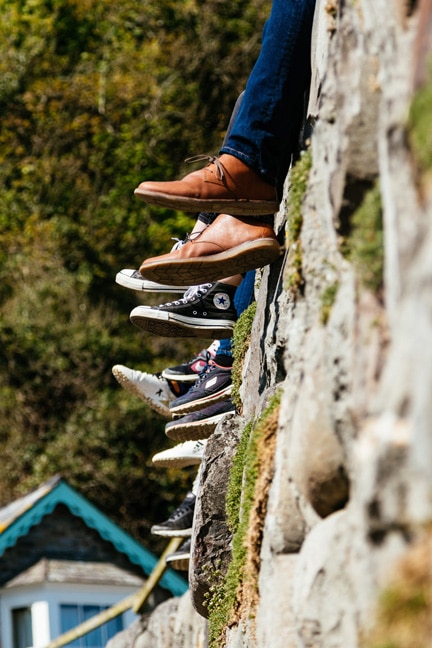 All of the hard work and efforts of the RYS board made a weeklong convention that was unforgettable. Hundreds of teenagers, including myself, were spiritually blessed through the workshops, sessions, small groups, and the interaction with other believers. All of the speakers based their lectures around the convention’s theme of Romans 12:1–3, focusing on the many different aspects of the passage. With passion and sincerity they brought us to God’s Word, reminding us of our sin, of the high cost of God’s mercy (His only Son), and of our duty to live a transformed life in service to God.

Those five days were also packed with fun activities, including dodgeball, a scavenger hunt, and talent show. Also, several intense tournaments of volleyball, basketball, and soccer took place. On Thursday morning, all of the conventioneers, dressed in bright blue t-shirts, loaded into buses headed for a small amusement/water park. Everyone found something to do on this sunny day. Some checked out the roller coasters and water rides, while other less adventurous souls perused the shops and food stands. When we returned to campus, everyone gathered in the chapel for a talent show. Many skilled people stepped forward to perform, glorifying God with their different acts.

After one last main session on Friday, the different groups dispersed to go their homeward ways, but whether we left by van, bus, or airplane, we left greatly encouraged in our walk with God and renewed in our purpose to honor Him.