Have you heard the good news? Modernism is dead! Dead as a dodo! It has been thoroughly discredited. It has completely lost face. The two great world wars have destroyed man’s faith in himself, so it is said. The idea of the perfectibility of the. human race has received a severe set-back. The social-gospel pulpiteers have returned to the old-fashioned doctrine of sin and its remedy. So at least we are led to believe and thus the preaching missions of the new modernism would have us think. 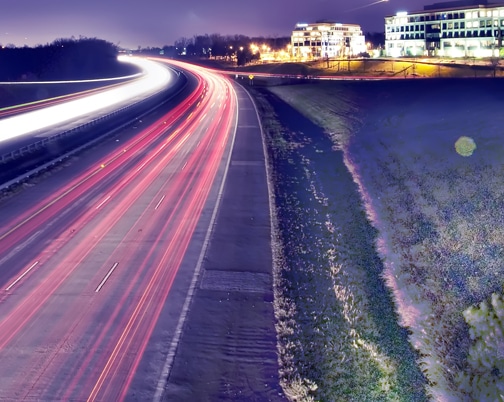 There is indeed some truth in the statement that the old modernism of the pre-war period has been discredited. The easy-going evolutionary faith of the social-uplift preachers has not been able to satisfy the profound cry of man in sin. The superficial faith that the Kingdom of God could be established in this world by removing tenement housing and establishing world peace has been deeply shocked. But does that mean that the churches have returned to the doctrine of the sovereignty of God’s grace and man’s total inability to save himself? I think not.

Modernism Is Not Dead!

Let us not be lulled to sleep with the idea that the enemy has been permanently routed. For Modernism, like the many-headed monster of mythology, sprouts three new heads wherever one has been cut off. Modernism is not the doctrine of some individual or some school but is essentially a spirit of rebellion against the authority of God. It is rationalistic in the sense that it places man’s reason above the revelation of God as authoritative guide for life. It is humanistic because it holds with Protagoras, the Greek Sophist, that man is the measure of all things; all values are to be measured and gauged according to man’s need and happiness. Modernism is naturalistic (as well as all paganism and ail false religion) in its belief that man is able to save himself without divine grace-it denies the supernatural both in creation and in redemption.

I repeat, let us not be fooled or fool ourselves into thinking that we as a Reformed people are immune to these wiles of the devil. It is true we ought to be on our guard against the subtle perversions of the gospel found in a certain type of Fundamentalism, which denies the total depravity of man, unconditional election, limited atonement, etc. There is in this camp an insistence on the free will of man whereby not God but man becomes the final arbiter of salvation. Thus, contrary to Paul’s solemn asseveration, it is of him that runneth and of him that willeth, and not of God who showeth mercy, that we are saved. However, whereas Fundamentalism accepts the authority of the Word of God as absolute criterion for thought and life, Modernism has rejected that supreme authority and replaced it with human reason or experience. Together with this rejection of an authority external to man goes the rejection of the supernatural as antiquated by the modern scientific view of the world. The acids of this modern spirit have already penetrated deeply into the consciousness of the church at large. Chances are that if we cannot see this evil it is due to the fact that we have been seriously affected by the virus ourselves.

Of course, the Reformed churches in America have not as yet been face to face with this issue as have the Methodists. During the last century both the Free Methodists and the Nazarenes left the fold because of the prevalent worldliness and Modernism. The Presbyterians, U.S.A., have, indeed, been faced with the issue in the re-organization of Princeton Theological Seminary and the consequent founding of Westminster Theological Seminary to carry on the orthodox tradition.

Also, Dr. Machen was impelled by the Modernism in the Board of Foreign Missions, which was sending out people who no longer believed in the historical Jesus (d. in casu Mrs. Pearl Buck), to organize an Independent Board of Foreign Missions in order that the Gospel might have free course. But, to all this the church through its official boards, which were loaded with Auburn Affirmationists, has turned a deaf ear. As a consequence its voice is officially proclaiming another Gospel, under the auspices of the National Council of Christian Churches and through the World Council of Churches.

In the Southern Presbyterian Church, which separated itself from the Northern group during the Civil War over the issue of Christ’s Kingship as it was occasioned by the slavery question, the issue of Modernism is now unavoidable in the ecumenical issue of Church union with the liberal northern Presbyterians. Both doctrine and polity are involved. The modernists, disregarding the fact that the

U.S.A. church has officially succumbed to the nefarious influence of Modernism, is driving hard for organic union with the northern “big sister.” The conservative group fears this amalgamation of the Southern Church because the historic Presbyterian character and its Reformed witness will be silenced.

The real trouble, right now, is that the positions of power have to a great extent been captured by the ecumenicalists. It is doubtful, therefore, whether the conservative group, represented by the Southern Presbyterian Journal, will be able to block the move for organic union. There has been very little church discipline, heresy trials have been outmoded long ago, the conservatives are in the minority in the boards of the church and are practically impotent in the shaping of policy. The watchmen upon the walls of Zion have not functioned when it was time to ring the alarm, the enemy has pulled its Trojan horse right into the citadel of the church of God.

With our Reformed brethren in the Netherlands the case has been quite different. Modernism was so rife a hundred years ago that many ministers scoffed at the Word of God as authoritative and Reason was enthroned. This was the condition of the State Church (Neder-duitse Hervormde Kerk) after the great reform movement of De Afscheiding had taken place under such men as De Cock, Van Raalte, Van Velsen, Scholte, Brummelkamp, etc. During the second part of the 19th Century God raised up Abraham Kuyper as the main opponent of Modernism and he, together with Prof. Dr. Rutgers, successfully led forth a goodly segment of God’s people from the apostate State church in 1886.

However, leaving this short diversion into history, what is the point? Simply this, the time to do something about Modernism is not after the church has been thoroughly corrupted and every bastion has crumbled before the onslaught of the perverters of the Gospel. For the will to resist is gradually undermined by the seducing leaven of humanism which always suggests that no divine truth is worth fighting for, only human peace and well-being count. Thus the antithesis between truth and error, between the church and the world is gradually obliterated; and, in the end, there is no one who will contend earnestly for the faith once delivered unto the fathers. Let us remember, that Modernism may be bloody but it is as yet unbowed. It may concede that it has lost a battle and a skirmish here and there, but it has by no means given up Its warfare against the Church for which Christ died. It may have had to change its tactics and even its overall strategy, but its purpose is not altered in the least. For Satan, the great Adversary, is the real opponent, and our warfare is not with blood and flesh, as Paul reminds us.

The Ethics of Modernism

Let us be realistic, therefore. Let us rid ourselves of the romantic idea that we are engaged in a tournament with knightly persons, who would not stab us in the back and can be trusted to tell us graciously what their plan of attack is. Modernists on the contrary, must be compared to the Communists, who are waging a different kind of war. They announce the fact of war when victory is theirs. The run of the mill modernist is dishonest and unethical. He does not rise to the stature of A. Pierson and B. Huet, two Dutch Modernists of the last century, who resigned their offices in the church because they could no longer subscribe to its doctrines. Rather the position of trust is used to bore from within, to insinuate oneself into the citadel of the church.

Just as the American Communist, who uses his liberty as an American citizen and the immunity which this citizenship guarantees him to secretly undermine and overthrow his own nation, so the modernist uses his sacred office in the church to pervert the Gospel of Jesus Christ by introducing another gospel, which is not truly a Gospel at all. In many instances it happens that these wolves in the fold of Christ very gradually shift their position from faith in the Word to skepticism and outright denial. Here and there are some who have crept into the church by stealth, who do not accept the historic creeds, and, when compelled, sign the creeds with mental reservations.

And the sad story, at least in most American denominations, is that the people of God are not able to judge whether the truth of God is preached or not. The perverters of the Gospel have set themselves up as the re-interpreters of Christianity for our age. They have the audacity to tell us that what they are preaching is really the meaning of the Gospel. Consequently such arch-modernists as Dr. Fosdick and Bishop Broniley Oxnam hold positions of leadership in their respective churches and are accepted as the mouth-pieces of Protestantism today. But as a matter of fact, they have denied the Christ of God and crucified him afresh and they are leading many astray; they are “blind leaders of the blind” as the Bible testifies.

It Can Happen Here!

But, I hear someone objecting, this cannot happen, say, in our Christian Reformed Zion, or it cannot happen to us. Do we not hold high the heritage of the Reformation? Are we not loyal sons of Calvin? Let him that standeth beware lest he fall! It has happened before in Reformed circles, even as I have cited above the history of the State church in the Netherlands during the last century when ministers denied the trinity, the atonement, and baptized children in the name of faith, hope, and charity, etc. (Cf. Dr. Praanisma: Het Dwaze Gods). This insidious spirit again showed its head in the Reformed Churches of the Netherlands as late as 1906 and 1932 (in casu Netelenbos and Geelkerken). No church, no matter how sacred its heritage or how conservative its membership is immune to the spirit of Modernism for through it the great Adversary of God is seeking to undermine the church.

In the following issues of our magazine I shall try to give a short delineation of the way in which Modernism may show itself. An attempt will be made to put up the road signs whereby we may be warned in order that we may test the spirits whether they be of God.