The disease of our church is indifference to doctrine.” In this trenchant statement the Reverend Henry Bast, popular Grand Rapids preacher, characterizes his denomination, the Reformed Church of America (CL An Appeal To The Ministers And Laymen Of The Chicago And Iowa Synods, p. 4, 1949). If we were honest with ourselves, insofar as we have not already succumbed to the inroads of Modernism in the Reformed and Presbyterian family of churches, we would have to grant that this applies to aIl. 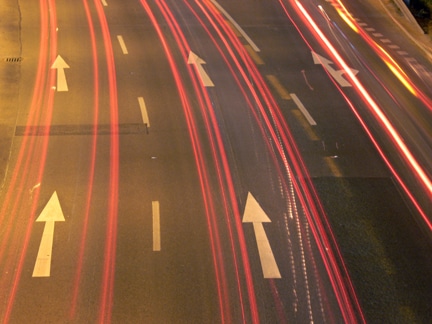 At a later date I shall discuss the heterodox character of Modernism itself. Now, however, by way of introduction I would like to put up a few road-signs which warn against the insidious influences which draw us away from the truth. One of the very first symptoms against which we ought to be on our guard is the indifference on the part of many to the value and necessity of doctrine. It manifests itself in various ways. Sometimes we hear learned discussions in the style of Karl Barth, the Neo-Modernist of our day, attempting to prove that the revelation of the Bible cannot be apprehended as a system of truth and rationally defended. But there is also the simple fact that people today have “itching ears” and no longer want to lend their ears to the exposition of the truth about God. This is often the result of an over-emphasis on a program of mere action (activism) or the separation of life from truth in calling for Christian living as something opposed to the frigid study of the truth (ethicalism). Indeed, in some nominal members of the church of Christ this has developed into a contempt for theology (CL article by same title by the Rev. J.G. Vos in the October-November, 1952 issue of Torch and Trumpet; also Christianity, and Liberalism by J G. Machen, especially the chapter entitled “Doctrine”).

The indifference of the learned may often be traced to wTong philosophical presuppositions, but that of the unlearned is often just the result of popular prejudice or laziness of mind and spirit. In an age in which the picture-magazine and television are the most popular instruments of entertainment and agents for instructing the general public, the study of doctrine is most unpopular. For today study itself is taboo! And doctrine which is concerned with ideas, concepts and truths to be apprehended by the mind—doctrine is something that calls (or hard study! Doctrine deals with facts of divine revelation and their interpretation.

In the case of Christianity this comes to us as an authoritative interpretation. This also goes against the grain of the modern mind. And after all the struggle in the church today as always is between the Mind of Christ and the mind of man (the mind of the flesh which is unwilling to accept the authority of an absolute revelation). Right at this point the indifference to doctrine already shades over into real opposition and antagonism against doctrine.

After all, one cannot live in a vacuum. If one’s heart and mind are not committed to sound doctrine then the false winds of doctrine soon exercise full sweep in that mind from which the Truth has been barred. For by his very nature man cannot live by bread alone, but by every Word that proceedeth from the mouth of God. But when the truth of God is no longer revered and loved and cherished then the untruths—which men hold for truths—of the devil make their way into our minds and we swear by them and prize them instead of the doctrines of the Word.

Now this whole movement and trend toward doctrinal indifference in the church is abetted and promoted by the liturgical enthusiasts. These good brethren are deeply impressed by the blessing that one may receive. from the formal aspect of the worship service. Perfection of form becomes an infatuation! Vested choirs, stained glass windows and the best in church music are the desiderata. “We need less preaching and more liturgy,” is the cry; and forthwith the order of worship is overhauled to allow for more congregational participation. Besides, it is more in accord with the genius of our American way of life in which every one takes part, don’t you know—democracy in worship! Don’t make the sermon too long! Let the people have a chance to respond. The community is the thing! And the form must be perfect!

Abraham Kuyper commenting upon this phenomenon in his day wrote: “And the fact that in these days our Calvinistic churches are deemed cold and unheimish (gloomy and uncongenial), and a reintroduction for the symbolical in our places of worship is longed for, we owe to the sad reality that the pulsebeat of the religious life in our times is so much fainter than it was in the days of our martyrs. But so far from borrowing from this the right of redescending to a lower level of religion, this faintness of the religious life ought to inspire the prayer for a mightier in-working of the Holy Spirit” (p. 149, Calvinism).

With this desire for more form and liturgy there often goes a kind of sacramentalism, which is so distinctive of the Anglican fellowship. By this we refer to an over-estimation of, and over-emphasis upon the sacraments in relation to the preaching of the Word. This tendency has been marked in the leading Protestant denominations for some time. It finds its supporters among our own Reformed groups. I refer not merely to the plea put forth by some for greater frequency in the celebration of the Lord’s Supper, but there are those who would elevate the sacrament above the Word. We would agree that it is not a mere appendage to the service, but when it is advocated that we have weekly celebrations of the Supper and in the same breath we are told that everything else on Communion Sunday must be adjectival ” the sacrament is the thing,” we demur (Cf. L. Smedes in October, 1952, issue of Reformed Journal) . If we as Reformed people are to follow in that path we’ll soon have very little preaching of the Word and then our doctrinal indifference will certainly win out over our knowledge of and sense of loyalty to the Reformed heritage.

Indifference to doctrine is a serious matter. It does not produce heroes of faith. As Dr. Machen so truly observes: “Luther was wrong about the Supper, but not nearly so wrong as he would have been if, being wrong, he had said to his opponents: ‘Brethren, this matter is a trifle; and it makes really very little difference what a man thinks about the table of the Lord.’ Such indifferentism would have been far more deadly than all the divisions between the branches of the Church. A Luther who would have compromised with regard to the Lord’s Supper never would have said at the Diet of Worms, ‘Here I stand, I cannot do otherwise! God help me, Amen!’” (op. cit. p. 50).

In the Presbyterian Church U.S.A., for example, this common indifference and the resultant compromising middle-of-the-road position of the clergy has resulted in “the replacement of the Word of God in matters of faith and life by the changing decisions of temporary majorities in the presbyteries, synods and assemblies of the church” (cf. The Presbyterian Guardian, November 15, 1951). This new departure on the part of a once great Church of the Reformed family was initiated in the Machen trial of 1936, and was unashamedly confirmed by Dr. E.C. Blake, Stated Clerk, in his address to the graduating class of Princeton Theological Seminary in 1949. Said he to the future ministers of the “Yard: When you become a Presbyterian minister, you are a man under authority as much as a Roman priest is under authority when he is ordained…and the authority over the minister is the presbytery…our doctrine of the guidance of the Holy Spirit is that God speaks (in part at least) through the Presbytery and through the General Assembly.” (These excerpts from the Princeton Seminary Bulletin are quoted from the Southern Presbyterian Journal of November 28, 1951 as found in an article by Dr. W.C. Robinson.)

Persecution of the Protesting Minority

“Ye note in this new departure a willingness to give up the right of private judgment, the preeminent place of the Word of God, and the assumption that the minority is always ipso facto wrong.

For some time this tendency to let councils and synods do the deciding and to sit back supinely without exercising one’s own prophetic office as it applies to the—matter, has been growing apace among us. The assumption is fast settling like a shroud over the church that it is wicked for an elder or a layman to question the official programs of the church in public speech or print. Somehow we quite easily drift into the mood “that you are always wrong when you are in the minority against the considered and prayerful decision of your brethren.”

I cannot now develop all the implications of this serious development in Reformed circles, but merely wish to say that this matter functions in a most vicious circle. Because of doctrinal indifference the members fail to take an interest in the discussion on matters decided by synod. They also fail to search the Scriptures to see whether these decisions are true. Then the Synod or higher judicatory in the Church finally begins to legislate for every detail of life, its decisions are tacitly placed on a par with the Word of God or the historic Creeds, and every one that demurs is forthwith considered disloyal.

It is because of doctrinal indifference that the principles of local autonomy and private judgment have often become a dead letter in Reformed circles and some as a result are beginning to call these into question.

Over against the bold and unguarded assertion of Dr. Blake amI others, that the Holy Spirit speaks through the actions and decisions of presbytery, The Westminster Confession of Faith affirms: “Synods and councils since the Apostles’ times, whether general or particular, may err, and many have erred; therefore they are not to be made the rule of faith and practice, but to be used as a help in both” (chapter xxxi, section iv.) .

It is the conviction of this writer that the Reformed churches are more and more obviously deserting their historic position on matters of doctrine and church polity due to this lackadaisical attitude of indifference to doctrine, which is neglect of the truth!