In this article, Dr. Joel R Beeke responds to the material presented in an important new book written by lain Murray, Revival and Revivalism: The Making and Marring of American Evangelicalism 1750–1858 (Banner of Truth Trust, 1994).

Revival and Revivalism is an outstanding, thoroughly researched work by the editorial director of the Banner of Truth Trust, Rev. lain H. Murray. It not only resolves many nagging questions about revival and revivalism in general, but also argues persuasively that most revivals in America were largely Spirit-wrought, Calvinistic, and sound in doctrine prior to the introduction in the 1820s and 1830s of “new measures” (such as the anxious seat and protracted meetings) designed to promote revivalism and “conversions.” Charles Finney is viewed as the major catalyst who led America’s major denominations from God-centered revivals to a “revivalism” grounded on human methodology and instrumentality.

Thus, Murray firmly rejects the merging of “revival” with “revivalism” as is commonly done in secondary literature today. He argues that the New Testament idea of revival as inseparable from the outpouring of the Holy Spirit was prevalent in most American denominations throughout the eighteenth and first part of the nineteenth centuries. Prior to 1830 revival was nearly always defined as “a sovereign and large giving of the Spirit of God, resulting in the addition of many to the kingdom of God” (374). Revivals could not be predicted or produced, but were dependent upon the “out-letting” of the Holy Spirit.

Revivalism, on the other hand, is different both in its origin and its tendencies. Its ethos is man-centered and its methods too dose to the manipulative to require a supernatural explanation. Through Finney and others a new theology of conversion developed in America which downplayed the depravity of man and embraced Arminian teaching without reservation. Ultimately, by focusing on man, the spirit of “revivalism” did more to detract from real revival than to promote it.

Due to the multiplicity of material on the Great Awakening, Murray begins his study of revivals in America at approximately 1750. His first chapter deals largely with Samuel Davies (1723–1761), called by Dr. Martyn Lloyd-Jones the greatest preacher of America. Davies’ ministry was used for the conversion of thousands, including numerous black slaves and plantation owners. Murray concludes from Davies’ life and ministry that revivals are not different in kind from the church’s normal work, but are different in degree. Spiritual influence is more widespread, feelings are more intense, conviction of sin generally runs deeper, the sense of God is more overwhelming, love to God and to others in different denominations is greatly heightened, but aU this is only an augmentation of normal Christianity (23). 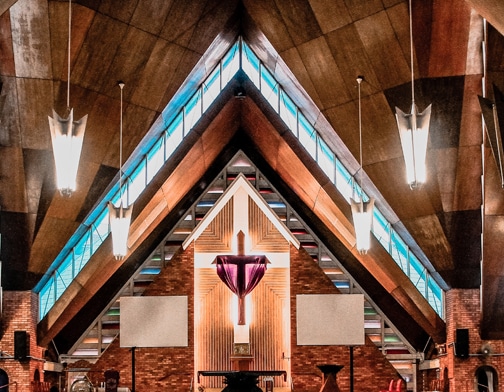 “Glory in Virginia” is the appropriate title of chapter three which is devoted to descriptions of the outpourings of the Holy Spirit through Baptist, Anglican and Presbyterian ministers in Virginia during the years immediately prior to the War of Independence. Blessings upon the ministries of Devereux Jarratt, Daniel Marshall, Samuel Harris, Lewis Lunsford, Robert Semple, David Thomas and Robert Williams are brought to the fore. Murray concludes that true revivals are remarkably ecumenical in character; they “rarely remain within denominational boundaries” (74).

Chapter four focuses on what the Presbyterians came to call “the Great Revival” (1787–1789), “on account of the extent to which its influence spread and the permanence of its effects” (104). During these years many college students (particularly at Hampden-Sydney College) were saved and “theology took fire.” Old Puritan literature was rapidly reprinted; experimental religion took priority (107, 105). Archibald Alexander was to call the weeks he spent at the center of this revival the most unforgettable of his life (100). Here we learn to appreciate the ministries of John Blair Smith, Robert Smith, Henry Pattillo, David Caldwell and James Hall.

Around 1800 a new and great work of the Spirit began which history now refers to as the Second Great Awakening. In chapter five this awakening is described in general; in chapter six, its spread into Kentucky is detailed. After describing the general spiritual barrenness of the 1790s, Murray provides a graphic comparison between the First and Second Great Awakenings (118ff.). The First Great Awakening lasted approximately four years and on several occasions led to excesses; the Second Great Awakening continued for at least twenty-five, perhaps even thirty years, but was kept remarkably clear from external excesses such as faintings or muscular contortions. The Second GreatAwakening also reached far more people in a far broader geographical area than did the First. Certainly this awakening has been vastly underrated, no doubt in part to a lack of good, accessible sources. The author would do great service if he were to expand chapters 5 and 6 into a full-length book, detailing the sovereign, saving wonders of the Holy Spirit in the early decades of the nineteenth century.

Murray underscores for us that the Second Great Awakening used none of the special means advocated by Finneyism. Prior to revival, all that could be noticed was a growing desire in some areas to pray for revival. Moreover, the Second Great Awakening multiplied evangelical causes and interdenominational activity throughout the nation. Most of the country’s colleges were greatly affected as well. This in turn led to the rise of seventeen additional seminaries in less than twenty years, such as Andover (1808), Princeton (1812), and Yale (1822)—all of which were theologically sound institutions at their commencement (225).

The emergence of revivalism is described in chapter seven. Near the end of the 1820s some preachers began to encourage emotionalism and fanaticism so as to promote revivals (revivalism). These ministers also came to reject “the Calvinistic understanding of the gospel that had hitherto prevailed among all evangelical Christians” (177). The last half of this chapter focuses on the Methodist movement, Francis Asbury and others. It provides a succinct account of the Methodist understanding of the gospel, and how the Methodists differed from “the common consensus of belief” in the late 1820s (178). Murray concludes that Methodist effectiveness did not depend upon their differences from the Calvinists, but rather upon what they had in common with them.

Chapter eight is largely biographical, focusing on five leaders who experienced revival in the northeast: Edward Griffin, Asahel Nettleton, Lyman Beecher, Edward Payson and Gardiner Spring. In terms of how to preach the gospel and how to direct seeking souls, the concluding applicatory pages of this chapter (208–222) are worth the price of the book in themselves.

Chapters 9–12 swirl around Charles Finney (1792–1875) and others, whose major impact upon exchanging revivalism for revivals eventually won the day among the Presbyterians, Congregationalists and Baptists. These are the depressing chapters as it becomes increasingly plain that Finney’s mancentered techniques wreaked havoc throughout the church of God. In the process, Finney embraced Arminianism, belittled those ministers who sought to maintain balance between divine sovereignty and human responsibility, and even “fudged” on past facts and dates (knowingly or unknowingly), so as to give the impression to future generations in his Memoirs that the revivals of 1800–1825 were inconsequential compared to the revivalism promoted by Finney himself after the mid-1820s. Over the years, Finney increasingly defended his “new measures” as being of the essence of any true revival. His Memoirs serve as a polemic against the older Calvinistic way of evangelism which stressed that depravity is very deep, and that only God’s sovereign grace can change the heart through the miracle of Spirit-worked regeneration.

Throughout this book, lain Murray argues that an inability to recognize the distinction between “revivals” and “revivalism” led many evangelicals to ignore the new understanding of evangelism and revival which began to be popularized in the 1820s and swelled under the ministry of Finney, et al. While the case against this new view was argued almost universally by the leaders of the Second Great Awakening, their testimony was submerged beneath propaganda which promised a “new era” if only the churches would abandon the older ways.

Happily, Murray’s work does not end on a melancholic note. Dedicated to J.W. Alexander and tbe famous New York Awakening of 1857–1858 (sometimes referred to as the Prayer Revival or the Third Great Awakening), chapter thirteen reassures us that God is able and willing to do mighty things in His inscrutable sovereignty even in the midst of Arminian revivalism. Clearly, a definitive work needs yet to be written on the Third Great Awakening.

Murray’s concluding chapter, “Old and New, Past and Future,” brings together many strands of thought on the subject of revival , as well as on what constitutes gospel preaching (371–374). The author acknowledges that it is often difficult to distinguish revivals from revivalism during a period of intense religious activity. For one thing, there can be much chaff among the wheat of true revivals; hence a winnowing season generally follows revival (82–85). Periods of revival can also be times of great danger (382). Then again, God can gather in wheat under the “chaff” of revivalism (383). “In the end, while evangelicalism was seeking to guard faith in Scripture, it was her readiness to be impressed by pragmatic arguments, and by alleged success, by quantity rather than quality, that did so much to deprive her of true authority and strength.”(383).

Two important chapters are appendixed. Appendix one describes the rise and advance of revivalism in Britain. Appendix two sketches how the New York Awakening (described in chapter thirteen) spread to the southern states.

This book is “must” reading. It is Biblical, historical, doctrinal, experimental and practical. It is instructive, humbling, encouraging, and in some cases, depressing. Church history, biography, doctrinal nuances, and spiritual accounts of revival are interwoven in a most edifying manner. Once started, it is a volume difficult to set down.

We Americans owe much to the author for unscrambling a large chunk of American church history and putting it back together in a cohesive fashion under the theme of “revival” vs. “revivalism” without sacrificing the complexity of the period. Today we need to take seriously the author’s clarion call implicit throughout his work, namely, to seek the grace of the Spirit to return to the earlier understanding of revival possessed by those who most intimately experienced it. In the face of today’s virtual collapse of orthodox Christianity in many places, the church needs the kind of clear direction and encouragement this book gives as she seriously pursues her mandate of (re)evangelizing the world. What a blessing that the old Calvinistic way of evangelism, exercised primarily through faithful preaching and teaching of the Word, has proven to bear the best fruit in generations past! Let us therefore never seek to “work up” a revival (=revivalism), but as we wait upon our sovereign God to do for us, our churches, and others what we are not able to perform, let us pray fervently, “O LORD, revive thy work in the midst of the years, in the midst of the years make known; in wrath remember mercy” (Hab. 3:2).

Rev. Joel Beeke is pastor of the First Netherlands Reformed Church and editor of the periodical, Sovereign Grace Banner of Truth.