First of all, we are grateful to notice that among our post-war immigrants there are many with a passionate interest in the truth of God and his church. Such interest, fortified by the training and experience of a rich tradition in Holland, may be used for teal improvement among us to whom you have come. It is our prayer that through such comparatively new members of the Reformed community in the United States and Canada much spiritual benefit for all of us may come to pass.

You divide the letter which we published in our previous issue into two parts. It is your conviction that “estrangement from the Word of God” is to be seen in the Christian Reformed denomination in “the unscriptural nature of current preaching, and a departure from the Word of God and the Confession in the doctrine of the Church.” In our reply we shall follow the same outline. 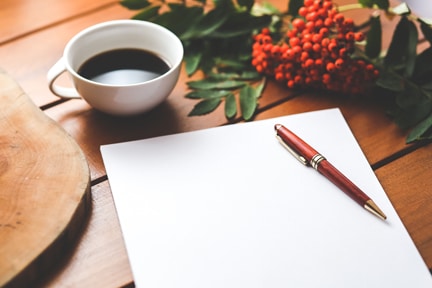 We feel that your reaction to present-day preaching in the Christian Reformed denomination is of questionable justifiability because it is obviously a sweeping generalization. While the Christian Reformed denomination is not a large communion compared with others, nevertheless we wonder just how many of its ministers have been heard by you in a place as remote from the larger centers of the church as is Houston, B.C. Your point is gladly conceded, i.e. the necessity of placing the cosmic Christ at the very heart of the “sermonic stage.” We who are surrounded with the Arminian influences of contemporary American Fundamentalism can well afford to take your admonition to heart, and we who publish this paper do so willingly and gladly. However, to reduce Christian Reformed preach. ing in general to something “unscriptural” is extreme, to put it mildly.

In connection with this charge you point out the fact that there is a lack of activity by church members in non-ecclesiastical spheres. No doubt you are aware of the great difficulties which confront the Christian on this continent in this type of endeavor. Nevertheless, to cite such difficulties is to offer an explanation and not a good excuse. Perhaps you are right in many cases: W’e need a revitalized pulpit holding forth the full task of the new humanity to work out the will of Christ the King at every point.

We can agree with you that a wrong application of the doctrine of common grace can make for a blurring of the line of demarcation between the church and the world. Others in the Christian Reformed Church are also aware of this fact. It might comfort you to read here a quotation from the Faculty Statement which appears over the signature of every full-time member of the Calvin College teaching staff as published in the 1952 Acts of Synod. In order to understand the statement we wish to quote, let us say that the entire document was drawn up because “the Faculty of Calvin College notes with regret the presence among some of our people of perplexity, doubt, and fear concerning our college and its staff. In order to help remove this doubt and to restore, if possible, a general confidence in our work, we wish humbly and sincerely to make the following declaration…”

Point 2 of this statement begins by stating: “We acknowledge, and in all our teaching are guided by, certain basic Christian principles,” among which is the following:

“d. That there is an inescapable and basic antithesis between the regenerate and the unregenerate and that the doctrine of common grace is no excuse for glorifying ‘worldly culture.’”

Evidently the common grace problem is recognized by more among us. The dangers of a wrong application of this doctrine are clearly cited in the material quoted above. No doubt the prophetic integrity of the Christian pulpit as well as the Christian classroom is lost when such a misuse obscures the antithesis bet wee n church and world. Again, we accept your point. Whether this fault is as general as your letter appears to indicate is questionable. But the presence of the problem is not to be denied. May we all resolve to live the Christian life to God’s glory out of the principle of regeneration!

The Doctrine of the Church

With regard to the second main head of your complaint, we notice that the term “pluriformity of the church” is not defined. If it is intended to mean that there is no distinction between a true and a false church, and that it makes little difference to which church one belongs, we are agreed in principle with your condemnation of it. Since the advent of the prevailing ecumenicalism in our time it is required that we be on our guard against that false conception also found in Reformed circles that any denomination calling itself “church” has a right to the name. Division and separation among the denominations is thereby reduced to something’ which is the end-product of a cantankerous individualism, etc. which must be overcome by the ecumenical spirit.

On the other hand, the Reformed confessions and the Reformers do indeed confess to a pluriformity of some sort, condemned so roundly by your letter when you state: “At the expense of the church as institution with its offices and powers, people today speak of the church invisible as something which is supposed to exist in and among all denominations.” (d. Torch and Trumpet, vol. 2, no. 3, p. 30). Perhaps the assumption, so commonly made, that there are “people going to heaven” in every church is not so much a factual as a wishful statement. Yet we do confess a universal church consisting of “true Christian believers, all expecting their salvation in Jesus Christ, being washed by his blood, sanctified and sealed by the Holy Spirit.” The church, moreover, has existed from the beginning of the world, and “is not confined, bound, or limited to a certain place or to certain persons, but is spread and dispersed over the whole world…” (Cf. Belgic Confession, art. 27).

John Calvin, however, also confesses that the term “church” besides referring to “the elect of all ages,” is frequently used in Scripture to designate the “whole multitude, dispersed over all the world, who profess to worship one God and Jesus Christ, who are initiated into his faith by baptism” (Bk. IV, Ch. 1, par. 7).* Again in paragraph nine, “But, that we may have a clear understanding of the whole of this subject, let us proceed by the following steps: That the universal church is the whole multitude collected from all nations, who, though dispersed in countries widely distant from each other, nevertheless consent to the same truth of Divine doctrine, and are united by the bond of the same religion: that in this universal Church are comprehended particular churches, distributed according to human necessity in various towns and villages: and that each of these respectively is justly distinguished by the name and authority of church; and that individuals, who, on a profession of piety, are enrolled among churches of the same description, though they are really strangers to any particular church, do nevertheless in some respect belong to it, till they are expelled from it by public decision.”

Calvin goes on to explain that though there may be persons whom we privately do not like to accord a place in the church, yet if accepted by common consent we must hold them as bonafide members. A congregation is to be called a church of Christ if it possess and honor the ministry of the Word and the administration of the sacraments. Wherever these marks are found, then, “we discover an appearance of the Church, which is liable to no suspicion or uncertainty, of which no one can safely despise the authority or reject the admonitions, or resist the counsels, or slight the censures, much less separate from it and break up its unity. For so highly does the Lord esteem the communion of his Church, that he considers everyone as a traitor and apostate from religion, who perversely withdraws himself from any Christian society which preserves the true ministry of the word and sacraments” (idem, par. 10).

Hence we see that Calvin was very severe in warning men not to depart from a church that has the marks. All the articles of the faith are not of the same weight and description. The diversity of opinion respecting non-essentials ought not to be the cause of discord among Christians. Calvin himself, in a letter to Bishop Cranmer affirmed that he would be willing to cross the seas to achieve the sorely needed unification of Protestantism in his day. Neither did Calvin deny the Lutherans the right to be called a church of Christ, though he sought to win them for his view of the Lord’s Supper.

But brother Wolters insinuates that when the Confession was formulated divisive forces already were evident and that over against the divisions of Protestantism our Reformed fathers affirmed one true organized church of Jesus Christ. We believe that this judgment is not validated by the record. That God had his people among the Lutherans and the Anglicans Calvin, for one, never doubted. We reject with vigor the claim of some “liberated” brethren that the church of Jesus Christ did not arrive in Canada until a congregation of the “liberated” was established in the new world. This is an unwarranted arrogance and one to which we cannot subscribe. For further elucidation on this point we refer the reader to the excellent treatment of this subject by Prof. R. B. Kuiper in the third article in the current series on “The Importance of the Organized Church” (Torch and Trumpet, Vol. II, No.3, pp. 6ff.) .

Futhermore, brother Wolters ought to realize that his reasons for leaving the Gereformeerde Kerken in the Netherlands are not infalIible. Only the Word is infallible, but our application of it is not. And there are two schools of thought within Reformed circles on whether Christ gave any authority to a synod or not. For him to insist, therefore, that our churches recognize his judgment of the Gereformeerde Kerken as final is an altogether unreasonable demand, we believe. On the other hand, that we receive a man from the “liberated” churches as a brother in good standing from a sister church would seem to indicate that we do not accept the judgment of the synod concerning the schismatics as absolute either. Many of us are convinced that there has been a tragic misunderstanding among brethren of the same house, that pride and envy and unholy striving have probably been responsible on both sides for the sad state of affairs, and we pray God that the breach among brethren may be healed. But it certainly is not going to help matters along to assert that there is only one true church of God—viz., the liberated churches, and that outside her bosom there is no salvation, and, that, in effect, has been the attitude of some “liberated” brethren in Canada.

(Reformed Fellowship, Inc., publishers of Torch and Trumpet, commissioned Prof. Henry R. Van Til and the Rev. John H. Piersma to formulate an answer to the letter of Mr. S. Wolters printed in our August-September, 1952 issue. Although this reply is the fulfillment of such a mandate, it does not necessarily follow that every member of Reformed Fellowship is in complete agreement with it.)

*Institute of the Christian Religion.