The November election turned out to be far more than a political tug-of-war. It was a fierce struggle between two conflicting world and life views: relativism versus the rule of law of absolutism. 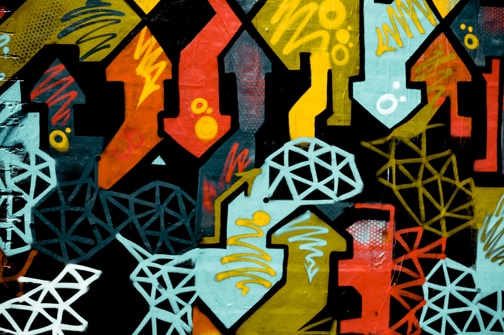 It was a clash between a philosophy that says we must follow the rules even when we don’t like them, and a philosophy which thinks the rules are ill-conceived and should be “made-up-as-you-go.” Relativism, which claims that there are no absolutes and thus everything is “relative,” has been steadily rising like a SOD-year flood and it came dangerously close to drowning the Constitution.

Long before Christ, the Greek philosopher Protagorus defined relativism by saying, “The way things appear to me—in that way they exist for me; and the way things appear to you, in that way they exist for you.” In other words, there are no absolutes in life that transcend our individual experience, so each of us is free to make up our own rules as we go along.

You see, if there is no “right way” to live based on an objective standard (such as the Bible), then any lifestyle will do, and who’s to say which one is naughty or nice? In his book “Absolute Confusion,” pollster George Barna found that 62 percent of those surveyed agreed, “It doesn’t matter what religious faith you follow because all faiths teach similar lessons about life.” Barna reported that 64 percent of Americans believe “Christians, Jews, Buddhists, Muslims and all others pray to the same God even though they use different names for that God.” That same percentage (64) said that “all religions are equally good,” and a shocking 72 percent believe “there’s no such thing as absolute truth; two people could define truth in totally conflicting ways, but both could still be correct.” Seventy-one percent of Americans say that “there are no absolute standards that apply to everybody in all situations.”

What do you do with the Ten Commandments? Those must be God’s simple suggestions, and thus today people will say, “Well, it’s true—if it’s true for you, but may not be true for me.” Even the teen-agers in our churches have drunk deeply at the well of relativism. Citing a 1999 survey, Christian apologist Josh McDowell recently said that “6S percent of evangelical teenagers believe there’s no way to determine which religion is true.”

McDowell went on to say that there is a “cultural” viewpoint in vogue today that says truth is not there to be discovered, it’s there to be created. McDowell blamed the propagation of Darwinism in the public schools for society’s rejection of absolute truth. “If there’s no Creator God, then there’s no external truth and all you have left is man. If there’s no Creator God in which dwells truth apart from yourself, then all truth is created, all truth is personal.”

To live in the light of relativism is like trying to play football with no rules—it just doesn’t work no matter how hard you play the game. Our God created human beings to run on the tracks of His truth. To live otherwise means a train wreck is inevitable. God says to us as He did to Israel, “This day I…have set before you life and death, blessings and curses. Now choose life, so that you and your children may live and that you may love the Lord your God, listen to his voice, and hold fast to him. For the Lord is your life…”