Bobby Knight has a rather unique teaching philosophy: He’ll do whatever it takes to get through to his young charges, up to and including yelling at them, swearing at them and even kicking the occasional pupil or two.

And for the most part, the infamous NCAA basketball coach gets away with it. The tirades and physical abuse that would get other coaches and teachers fired are an accepted part of his routine. Itwould be going a bit far to say no one minds his bombastic approach, but he does get away with it because everyone entering his program knows what to expect. His teaching philosophy is obvious to anyone who’s met him.

Reformed teachers have a teaching philosophy too. It is assuredly a deeper and more civil one, but, for the most part, it’s not nearly as transparent. Most parents don’t know what it is.

If you’re sending your kids to an independent school then you already recognize that the way a teacher teaches is important. You’re spending thousands of dollars a year to send your children to a Christian school, and it’s not just because they have morning devotions and lunchtime prayers. The daily Bible class is an important element, but if that was all there was to it you could save a lot of money by just sending your kids to a Saturday morning Bible study.

So Why Do We Spend the Money?

Our children spend half the time they’re awake in the care of teachers. They’re supposed to listen to these same teachers and even jot notes down to help them remember what the teachers have said. The other half of their waking day might be spent with their parents, but the children certainly won’t be taking notes, and they often won’t remember what you say from one minute to the next (especially if you ask them to clean up their rooms).

Obviously teachers have an enormous influence over the intellectual and spiritual development of our children. Through the twelve years they have our children under their charge they may even have more influence in these areas than parents. That’s why we have Christian schools; devotions and Bible classes are important, but teachers exert a powerful influence on our kids in every class they teach. They are an example to the kids all day long in all the big and little things they do. 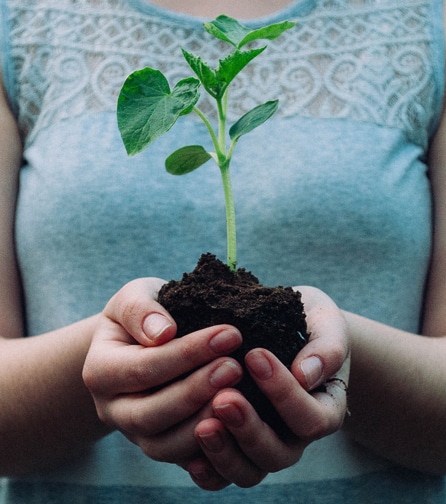 We spend the money because we know our Reformed teachers do everything a little differently. We may not know exactly how they make a Christian math class Christian but we know they must. After all, that’s why we’re paying all that money. Why pay for a Reformed chemistry teacher if he does everything exactly the same as his secular counterpart?

But we don’t know what they do. Most parents simply assume things are done differently. Sometimes they assume wrong.

Here in Edmonton parents found that out when a local Christian high school considered joining the public system. Parents were paying thousands of dollars a year to send their children to the Edmonton Christian High School, but would only have to spend hundreds if it became public. That was a powerful enticement, but before they approved the merger parents wanted to know what else would change if the school went public. They were assured nothing significant would happen; the same teachers would teach the same children in the same way they always had.

Except the children’s teachers would now have to join a secular union. Many of the parents thought this would be a problem, but the teachers didn’t. They overwhelmingly approved a move to join the Alberta Teacher’s Association, although they did promise everyone they would try to make the union more Christian by working from within it.

That surprised a lot of parents. They had assumed the teachers shared their own ideological opposition to secular unions. Both the teachers and parents were Christian, and in many cases they were Reformed, but they still held very different world views. And most parents didn’t even know that.

Maybe you don’t think a teacher’s stand on unions is significant, but really, that’s not the point. The point is that these parents did think it was important, and assumed the teachers agreed with them. This aspect of the teacher’s worldview, the same worldview parents are paying extra for, wasn’t what the parents thought it was.

Parents shouldn’t have to make these assumptions. A Reformed teacher’s philosophy is his or her greatest selling feature, and it should be in plain view for all to see. If it isn’t, people will start questioning the importance of Reformed education Parents have to know what they’re paying extra for or they won’t be willing to pay. We’re already hearing complaints in many of our schools about parents who won’t make the same sacrifices the previous generation made so readily. Our teachers need to be able to explain why a Reformed chemistry class is Reformed, or soon enough we won’t have any Reformed chemistry classes at all.

This article is reprinted from Reformed Perspective, November 1999.