The Apostle Paul’s Concern for His Countrymen

One biblical argument that relates to the question of the well-meant offer of the gospel is often neglected or overlooked: the apostle Paul’s testimony at two key points in the argument of Romans (9:1–5; 10:1) that his heart’s desire and prayer to God was for the salvation of his brethren, his “kinsmen according to the flesh” (9:3). In the face of the unbelief of many of his contemporaries from among the children of Israel, the apostle declares in the strongest possible terms his own personal desire that they should come to faith in Christ and be saved.

The context for the apostle’s expression of this concern for his countrymen is clear. Due to the unbelief of many of the children of Israel, they (though not all) have been cut off from the number of God’s people. Though God’s Word and “purpose of election” have not failed, only a “remnant chosen by grace” remains among those who were descended from the children of Israel (11:5; 9:6–13). In no respect, however, does this represent a failure of God’s gracious purpose, since the hardening of many among the children of Israel has been the occasion within God’s purpose to bring salvation to the Gentiles. Moreover, the salvation of the “fullness” of the Gentiles will provoke Israel to jealousy (11:11). Within the electing purpose of God, this will lead ultimately to the salvation of “all Israel” (11:26).1

Within the context of his treatment of the problem of the apparent failure of God’s Word with respect to the children of Israel, the apostle Paul’s anguish of heart and prayer to God for the salvation of his countrymen strongly express a desire that they should be saved. To echo the language of the passages from Ezekiel that we have considered, as a servant of the Lord, Paul takes no delight in the death of his unbelieving countrymen. He wants them to believe, to call upon the name of the Lord in faith, and so be saved. He does not use language that would restrict the scope of this desire to the elect among the children of Israel. Nor does he speak in any other capacity than as an apostle, commissioned by Christ and empowered by His Spirit to speak in His name. In conformity to Christ and as His apostle, Paul expresses a sincere desire for the salvation of the children of Israel.

The last passage we will consider in this brief survey is 2 Peter 3:9: “The Lord is not slow about His promise, as some count slowness, but is patient toward you, not wishing for any to perish but for all to come to repentance.” Does this passage teach that the Lord’s patience, which is manifest in this period of history prior to His coming in judgment at the end of age, expresses His goodwill toward sinners whom He wishes to come to repentance and so be saved? More particularly, does the Lord’s patience express His goodwill even toward sinners whom He may not have elected to save? Though this might appear to be the obvious force of the passage, some who reject the idea of a well-meant offer argue that there are reasons to restrict this text’s application to the elect.

Two reasons are offered why this text does not teach that the Lord desires the repentance and salvation of lost sinners, some of whom may not be elect. First, the context of the passage refers to the problem of the “delay” of the Lord’s coming and judgment. In the verses preceding and following verse 9 of 2 Peter 3, the apostle Peter is addressing those “mockers” who conclude from the fact that the Lord’s coming has not occurred that His promise cannot be trusted. The real interest of this passage, therefore, is not the salvation or non-salvation of sinners so much as it is the question of the delay of the Lord’s coming in judgment. Second, the language of this text, particularly when it is read in the context of the whole epistle, clearly restricts its reference to the elect, to the believing community or company of those whom the Lord has determined to save.2 This passage does not speak of a general patience that the Lord exhibits toward all lost sinners, but a specific, saving patience that He exhibits toward His chosen people. This is evident from the language of the text itself, which speaks of God’s patience “toward you.”3 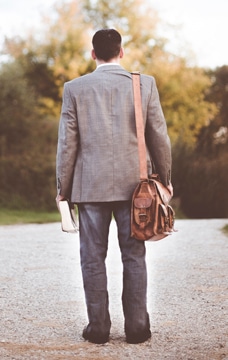 The first of these reasons can be dismissed rather quickly. Though it is true that the passage is especially interested in the question of the delay of God’s judgment, the whole point of 2 Peter 3:9 is that God, far from being “slow about His promise,” in His patience is providing an occasion for sinners to repent, “not wishing for any to perish but for all to come to repentance.” This sounds very much like a concern that opportunity be given for some to repent and believe, and so be saved (not perish). Indeed, in verse 15 the apostle Peter calls the patience of the Lord “salvation” because it provides the occasion for some to turn to the Lord while it is still time.

The second of these reasons, however, is more substantial. It is true that Peter’s epistle addresses a particular group of people. In the opening salutation of the letter, Peter addresses “those who have received a faith of the same kind as ours, by the righteousness of our God and Savior, Jesus Christ” (1:1). Moreover, in 2 Peter 3:9, the patience of the Lord is directed “toward you,” that is, the same persons whom the epistle as a whole addresses. This passage, then, may only be speaking of a patience that is directed toward the salvation of true believers, the elect who alone are the objects of God’s desire that they should not perish but come to repentance.

Though this is a possible reading of the text, there are two considerations that lead me to reject it. In the first place, even were this language reserved to the Lord’s patience toward the believing community to which Peter’s epistle is address, this does not warrant the conclusion that all those professing believers to whom Peter is speaking are elect. Among those to whom 2 Peter was first written— and, no doubt, among those churches composed of believers and their children to whom this letter continues to speak—there were (and are) some who need to repent lest they perish and come under judgment when the Lord returns (cf. 1 Peter 4:17). There is nothing in this text or its context that warrants the claim that all those addressed are, head for head, elect persons. This claim is not born out of the language of the text but out of theological considerations, namely, the assumption that it is impossible that the Lord should desire the salvation of lost sinners whom He has not purposed to save. There is no reason to believe that Peter’s audience, professing believers, did not include any reprobate persons who would not seize the opportunity given in the Lord’s patience to repent. Furthermore, the language of the text is sufficiently indefinite and general to suggest that its reach extends beyond the company of professing believers. The Lord’s patience reveals that He is “not wishing for any to perish but for all to come to repentance.” Speaking of this language, John Murray remarks that it “most naturally refers to mankind as a whole as men are faced with the issues of death or life before the day of judgment comes.”4

In the light of these kinds of biblical passages, the Reformed tradition has generally maintained that the call of the gospel expresses, both on the part of God and on the part of His ambassadors, a genuine desire that lost sinners be saved. The good news proclaimed in the preaching of the gospel includes a sincere summons to faith and repentance that is extended to all.

Now that we have considered the kinds of biblical evidence that support this view of the gospel call, we are in a position to take up the questions mentioned earlier: What evidence is there that this is the predominant view of the Reformed tradition? Is the teaching of a well-meant gospel offer consistent with the teaching of unconditional election? And what implications precisely does this have with regard to the work of evangelism and missions? To these questions I will turn in my next article.

2. For a recent treatment of this text, which offers these two reasons as objections to the claim that it teaches a well-meant offer of the gospel, see James R. White, The Potter’s Freedom, pp. 145–50. White’s book is an excellent rebuttal of Geisler’s Arminian view of election, but it betrays at times (as in this instance and the previous one mentioned [cf. Note 5]) a bit of overzealousness.

4. John Murray, Collected Writings of John Murray, “The Free Offer of the Gospel” (Carlisle, PA: Banner of Truth, 1982), IV:130: “The language in this part of the verse is so absolute that it is highly unnatural to envisage Peter as meaning merely that God does not wish that any believers should perish, but that he rather wishes that all believers who live laxly should repent of their sins. If they are believers, they have already come to repentance, entered upon life, and escaped destruction, even though the struggle against sin and turning from it must continue.”