Four hundred years ago the Dutch Reformed were strongly committed to providing Reformed Christian education for their covenant children and youth. Up to the mid-twentieth century this commitment thrived in North America among those of Dutch extraction who held the Reformed faith dear. These Reformed Christian schools, in turn, were a great blessing to the North American churches that fostered them.

Article 21 of the Church Order adopted by the Synod of Dort (1618–1619) evinces this commitment: “Everywhere Consistories shall see to it, that there are good schoolmasters who shall not only instruct the children in reading, writing, languages and the liberal arts, but likewise in godliness and in the Catechism.” Van Dellen and Monsma comment that “this particular article was already adopted by the Synod of 1586.”1

This commitment to Reformed Christian education was maintained strongly among those who seceded from the State Church of the Netherlands in the 1830’s (i.e., the Afscheiding). This is actually one of the reasons many of our forefathers emigrated to North America rather than to Indonesia or some other Dutch colony:

Among the complaints lodged by the Seceders [i.e., the Afscheiding of 1834] against the state church and government of the Netherlands was the fact that Seceders were not allowed to establish their own schools. Whereas the government schools in the Netherlands once had considerable Christian content in their teaching, this was no longer the case in the early nineteenth century. … In a pamphlet entitled ‘Emigration: Why we favor Emigration to North America and not to Java,’ Brummelkamp and Van Raalte stated that they also wanted freedom to establish Christian schools.2 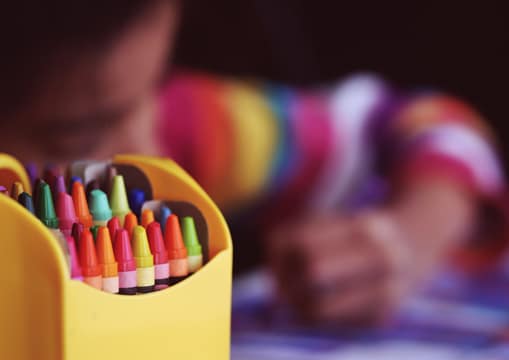 The Seceder immigrants acknowledged this reason not only among themselves, but openly professed it to all. Henry Beets notes that:

…a letter written by Brummelkamp and Van Raalte, dated May 25, 1846, addressed ‘to the believers in North America’ … stated that the Dutch immigrants, soon due on our [American] shores … desire[d] to enjoy the great privilege of having their children taught in Christian schools, ‘a privilege that we lack here, since in the public schools a general moral instruction is given which may offend neither Jew nor Romanist, while free schools are barred.’3

Given this aim, it may seem odd that Van Raalte’s congregation in America at first relied on public schools for instruction of their children. However, it is clear that due to the isolated nature of the Dutch settlement in the Michigan wilderness that “the early Holland settlers [in America] had the right to give religious instruction – and even to employ the Holland language – in the public schools.”4

Even with such freedoms as this, within a decade it was recognized by many that reliance on public schooling could not continue:

[T]hose [among the Dutch Reformed immigrants to America] who retained their connection with the Reformed Church [the RCA denomination] … sadly lost sight of their ideals concerning [Christian] primary schools. Not so, however, those who withdrew [from the RCA] in 1857 [to form the CRC]. The Grand Rapids [Christian Reformed] Church maintained a Christian school from the very beginning of its existence, and the Graafschaap [Michigan] consistory as early as April 30, 1857, took the matter up.5

The zeal of the members of the fledgling CRC to accomplish their educational goals can be seen in their rapid progress. As J. Schaver chronicles:

Then [in 1870], when the delegates of the two existing Classes were gathered in the second Synod of our Church [i.e., the CRC], it was recorded that the whole gathering was convinced that the primary school is the nursery of and for the Church, and that it is therefore the calling as much as possible to attend to it that they get a free school, and if they could not do this, that they as much as possible provide for Holland and reformed instruction; pointedly this is urged upon every congregation.7

This commitment did not abate at all in the closing decades of the 19th century. Nor were our Reformed forebears content to establish schools that were merely Protestant or “broadly evangelical” in nature. The CRC Synod of 1898 agreed that:

Note Synod’s “earnest urging” of the cause of Reformed Christian education both to all church members and to all Consistories. As the children and grandchildren of the 1834 Afscheiding were beginning to build Christian schools and churches in North America, Abraham Kuyper led a second major secession of conservative Reformed people out of the Netherlands State church in the late 19th century. This group, referred to as the Doleantie, was equally committed to Reformed Christian education. They joined together with the earlier Seceders, both in the Netherlands and in North America but they had different perspectives on certain matters.

Under the influence of the thought of Kuyper and his followers, the organization of the Christian school changed somewhat:

Towards the close of the nineteenth century … a change took place as to the auspices under which the primary schools labored. Up to that time they were under congregational [i.e., ultimately consistorial] control. Since then they have been maintained in nearly all cases by ‘Societies’ of Christian parents and others, on the principle that education in its various stages is primarily the duty of parents as such rather than that of the church or the state.10

This change led the CRC in 1914 to revise Article 21 of the Church Order to the following: “The Consistories shall see to it that there are good Christian Schools in which the parents have their children instructed according to the demands of the covenant.”11

Though the responsibilities of the church [as organization] with respect to the governance of the school were viewed differently, the practical commitment to the ideal of Reformed Christian education had not diminished one iota. Several years later Henry Beets was able to boast of the continued growth of the Reformed Christian schools:

This success did not escape the notice of others; nor was it missed that the success of the schools was closely connected with the spiritual prosperity of the churches. J. Gresham Machen was still a professor at Princeton Seminary when he remarked in 1925:

There is no trouble about Church attendance in the Christian Reformed Church. The reason is that the children do not go to the public schools but to the ‘Christian schools’ of the Church, where they get a real, solid education with a sturdy Calvinism at the very centre of it. There is nothing like it elsewhere in America. I wish it could leaven the whole lump.13

The CRC was self-conscious of the importance of the Christian schools to its own spiritual health. In one of several addresses that he gave at annual teachers’ conventions of the National Union of Christian Schools in the 1920s and 1930s, Calvin Seminary president Louis Berkhof remarked:

As the years roll by and conditions change, the conviction is growing on us that we need the Christian school and need it very much. … It has … been a boon for the Reformed circles in our land and may by the grace of God help us to contribute something worthwhile to the life of our nation. Experience taught us to appreciate this school. Other Christians have frequently congratulated us on its possession, described it as one of the mainstays of our churches, and exhorted us to guard, to continue, and to develop it. 14

It is just because we regard the Christian school as a real blessing that we are so solicitous about it. We have been willing to finance it, even though we also had to pay our share for the maintenance of the public school. We resent the expression of opinions in our circles which might dampen the ardor for the Christian school and put it in jeopardy. We are anxious to see this school continue and to bless us with its fruits in the future as it has done in the past.15

Schaver provided in his book extensive tables surveying percentages of covenant children attending Christian Schools in the year 1940 for 137 of the 297 congregations that then comprised the CRC.16 Though the percentages varied considerably from church to church, across the denomination roughly two-thirds of families with children appear to have relied on Christian schooling, with many congregations showing percentiles in the 80s and 90s. And Schaver’s survey did not count congregations of the conservative Protestant Reformed Churches and Netherlands Reformed Churches in America – in which commitment to Reformed Christian education might be expected to have been even more marked.

The continuing strength of the conservative Dutch Reformed churches’ commitment to the Christian school may also be seen in Monsma and VanDellen’s influential and well-accepted Church Order Commentary. Discussing the implications of Article 21 with respect to qualifications for consistory membership, they wrote in 1949:

Can one who is opposed to Christian schools serve as Consistory member? Not very well. Those who serve in Consistory pledge themselves to uphold the doctrine and government of our Churches. (Cf. Form of Subscription.) Now, the Church Order, according to which they help to govern the Church, requires that they promote and sponsor Christian schools. Therefore one who is opposed to these schools cannot serve in the Consistory. He cannot do what is expected of him. Even those who assume a lukewarm attitude toward the Christian school movement are not desirable candidates for the Consistory.17

As the Reformed Christian school movement prospered, so did the churches. In the first five decades of the 20th century the CRC roughly tripled in size, significantly outstripping the growth of the RCA (in terms of percent) during the same period.18 God richly blessed church and school together! In sum, from 1586 to the 1950s, the spiritual children of the Afscheiding and Doleantie in North America can trace a glorious and God-blessed heritage of a staunch commitment to provide truly Reformed Christian schooling for covenant children and youth.

What has happened since the 1950s, and what our prospects are for the future will be the topic of next month’s article: “Reformed Christian Education: a Doubtful Future?”

3. H. Beets, The Christian Reformed Church, (Grand Rapids, The Eastern Avenue Bookstore, 1923), pp. 30-31. Their other stated aims were to “improve the social condition of the immigrants” and “to have an active part in the propagation of God’s truth among the heathen.”

6. Note that the Dutch Reformed in America often referred to the Christian Schools they established as “Free” schools – free not meaning “no tuition” or “no expense,” but in the sense of free from control by the government.

14. L. Berkhof, “Being Reformed in our Attitude Toward the Christian School,” in Foundations of Christian Education: Addresses to Christian Teachers, ed. D. E. Johnson (Phillipsburg, New Jersey: Presbyterian and Reformed Publishing Co., 1990), p. 25. This book is a collection of essays by L. Berkhof and C. VanTil which were originally delivered as addresses to national conventions of the National Union of Christian Schools (now CSI), in the 1920s and 1930s.

17. I. VanDellen and M. Monsma, op. cit., p. 99. It should be noted that the Church Order Commentary authors go on to nevertheless caution that “every case must be judged on its own merits. A general rule in this matter should never be made.”

18. J. D. Bratt, Dutch Calvinism in Modern America, (Grand Rapids, Eerdmans, 1984), pp. 222-3 (see data in Table 1 in the Appendix). This is true despite the CRC losing several thousand members during this time interval as a result of the formation of the Protestant Reformed Churches.