Fifty years—more than half of a man’s life-span. For any religious periodical this should fill our hearts with thanksgiving and praise. 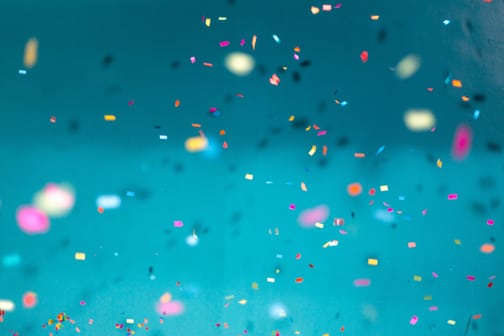 How well I remember our first meeting. The second World War had passed with profound changes everywhere. Also for the Christian Reformed Church it was a time for soul-searching. A crisis for its Reformed commitment was threatening. And at the invitation of my dear friend, the Rev. John H. Piersma, we met in his home. At that session it was decided to publish a monthly called Torch and Trumpet, dedicated to the “preservation and propagation of the Reformed faith.”

All this on “a shoestring.” Without the help of our printer, Peter Wobbema Sr., little would have been achieved. When funds were low, he carried us along financially, once for almost four months! He insisted on expensive cover and paper. With that the magazine was launched. Writers offered their services without pay. Soon Reformed Fellowship “chapters” were organized in several places. And without their faithful support our venture would soon have ceased.

That the magazine was widely read—also by many who looked askance at our efforts—soon became clear. Often “brick-bats” were more frequent than “bouquets.” But instead of responding with counter-claims, the opposition ridiculed the materials as “narrow-minded,” old-fashioned, completely out of step with the changing times by conservatives who looked only to the past. And the title? Well, that was caricatured as “Glow and Blow.” But throughout five decades with a changing leadership, the board has faithfully maintained the original purpose. Meanwhile, inspirational meetings, with such outstanding speakers as Lloyd-Jones, Van Til and Morris, drew large crowds. Bible lessons for society study were included and widely used. Once, in commemoration of the 3S0th anniversary of the Synod of Dort, a sizable book was even published.

Few of the original nineteen present at the first session are still with us. But we remember them all with fondness, also such editors as H. J. Kuiper and John Vander Ploeg who served the Lord well in their generation. But with this comes the call to rededication. The need for sound biblically-grounded material is greater than ever before. And that as applied to everyday living, guidance for those committed to the Reformed faith and feeling the need for a truly Christian world and life view. Compromise is gaining ground in nearly all the churches. Students in college and university often feel spiritually adrift. And large numbers in our lands, lost in the swirling currents of self-seeking, materialism and anti-Christian propaganda, wonder if anyone can show them any good. This is no time for Reformed Fellowship and its magazine to fold up its tent and slide silently into obscurity. The One who has sustained and blessed in the past is with us today. And one day all the kingdoms of this world will perish, and God’s Kingdom will endure forever. May He bless the present board and its supporters in their efforts.