The Editorial Committee of Torch and Trumpet has requested that I record my overall reactions to and somewhat settled impressions of the Christian Reformed Church. I am grateful for this opportunity and comply with thanks.

Permit me to acknowledge that I shoulder this responsibility with misgivings. There is the difficulty of expressing myself accurately in the English language. Besides. I am a comparative newcomer to the Christian Reformed Church from the Gereformeerde Kerken (the Reformed Churches) of the Netherlands. My impressions are derived from short observation . . . that of two years. Also there is the danger that one lose himself in a maze of detail. 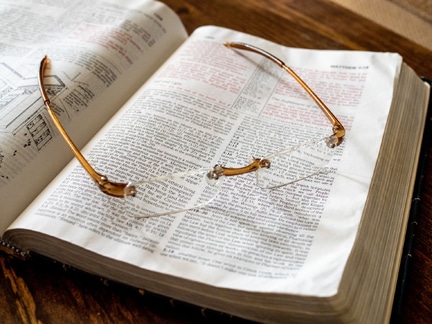 Nevertheless, my memory has stored away something said by a signal spokesman from the States. In his last lecture at a 1955 minister’s conference in Grand Rapids, Prof. Dr. John Kromminga said:

The Christian Reformed Church in North America can look with eager expectation to continued growth and expanding influence in Canada. There is no need for her to be divided into two churches. But wisdom and careful attention ought to be directed to the task of remaining one with peace and profit; and to that task I call my hearers, that their best efforts and affections may be united to the achieving of this common goal (italics mine).

In that direction, I would make my remarks. I realize that caution must be my partner, but conviction of calling calls for comment.

First of all, there is an exclamation of thanksgiving. A Netherlands minister enters the Christian Reformed Church with praise for what God has clone. In the Netherlands he left things ecclesiastically well settled and established. He came to a Canadian church which is still in its infancy. But behold, he found the baby well-developed. O yes, there were various matters which were problematical and called for attention. But there was an organized congregation enjoying regular worship services of the Word and Sacraments. Catechism classes and young people’s societies were being held regularly. In the Netherlands and in the States perhaps we are no longer amazed at the existence of an established church. But when one comes to Canada and sees the church in its state of organization and constant growth, he receives a renewed impression that the church is a miracle from the hand of the Lord.

It is a fact, however, that our Lord uses means in building His Church. Crying for mention therefore is the labor of our home missionaries in Canada. One has only to read the minutes of previous consistories to become filled with thanksgiving. These speak of financial arrangements for home missionaries, field men, loans for material needs. What a financial outlay on the part of the mother church! What a world of sacrifice and constant care has been offered for the churches in Canada! I would like to take this opportunity to thank all the ministers and workers who have labored so long and faithfully in this field.

Consonant with the contribution of these American colleagues to the preparation and progress of the churches to which we were called is their accommodating spirit to those from the Netherlands. The American minister knows what it means “to give himself for the advantage and salvation of others.” I make mention not only of our regional minister’s conferences but also of the extraordinary effort on the part of the Christian Reformed Synod to welcome and accommodate us at last year’s minister’s conference in Grand Rapids. These are things which give pause for praise.

However, when this is said it cannot be concluded that all in the Christian Reformed Church can be accepted as a matter of course by an immigrant minister. For example there is the matter of a “colloquim doctum.” We understand the need for this examination. But why has it become in substance a second candidate’s examination in dogmatics? I believe that most of the dissatisfaction with this procedure also among the deputes in the Netherlands would disappear immediately if this “colloqium doctum” were conducted on the higher level of dealing with the history and distinctive trends of theological thought of the Christian Reformed Church. An examination of this kind would be profitable both for the minister and for the church.

Secondly, there is the interesting and somewhat illuminating implication of the name of our denomination, “The Christian Reformed Church.” This means that the denomination and the local church possess the same name. The name of our denomination does not inform us that it is a collection of autonomous local churches. Some may say that this is only a nominaI difference. But then when one considers that our Synod ruled that a congregation which wishes to call a minister must ask permission of classis even though that congregation receives no subsidy—one wonders. Monsma and Van Dellen in their church order commentary write “this (asking classical permission) is unnecessary. Every church has an inherent right to call a minister and should do so if at all possible.”

This expressed view fits our Netherlands conception of things, but the practice of the Christian Reformed Church conflicts with it. Some may answer that Monsma and Van Dellen are Dutch in orientation and have taken over the Dutch idea. But the question still remains: Could we be going in the direction of “synodocracy?”

Again I would make mention of another practice which puzzles me. It is the frequency of the administration of infant baptism. In Canada there are many churches where baptism takes place two or three Sundays per month. We argue on the basis of article 56 of the Church Order that opportunity for baptism should be given every Sunday. Not long ago an American colleague objected, saying, “That is a bad Dutch custom. You should baptize only once per month.” We Netherlands ministers don’t claim to know everything, but what we do know we usually try to substantiate with grounds and principles. To say that something is Dutch is no argument at all. To remain one denomination is our goal, but then we make bold to say that we need persuasion based on something more than national labels. In this instance we should seek to settle our differences in the light of our history, confession and· not the least, the Bible.

I could mention many other practices which are strange to us. Why do we have so many hymns in the Psalter Hymnal? Why the envelope system? What is the task of the chairman in ecclesiastical gatherings? All these matters call for information and elucidation. As an immigrant minister I still lack full light on some matters and thus various shadows plague my life.

This leads me to remark about church publications. In the Netherlands our church papers are rather local in character; here they are largely denominational. Perhaps this denominational, international church paper is preferable. However, we in Canada need time to feel at home and to find our place in a chureh we want to love. I am concerned with the problems involved on this score which have not yet been satisfactorily met.

Our church papers, the Wachter and the Banner do include Canadian church news, news of new ministers and church buildings, about Classis meeting, etc. However, the Canadian segment of our church is now in the process of Americanization. This process requires time and special effort on her part and in her behalf. Our special Canadian problems have to be discussed, our own questions have to be answered. Perhaps we do not need a special Canadian church paper, but I believe both the Banned and the Wachter could well include four pages devoted exclusively to Canadian problems. These articles should be written by Canadians for Canada so that this segment of the church may truly join the battle for the Lord in the Christian Reformed Church.

Dr. Kromminga said: “Reflecting upon the differences here noted (between Canada and the States) it would seem to be the height of folly to act as if the Christian Reformed Church were functioning in exactly the same atmosphere in Canada as in the United States. It remains true that the similarities probably outweigh the differences. But the differences are not to be ignored (italics mine).” Let us discuss these differences in our church papers and face these difficulties before it is too late.

I have observed something else. It puzzles me. In the Netherlands we were indoctrinated with the idea that we should advocate separate Christian action, that neutrality is impossible and forbidden by God, and that there is no inch of ground about which Christ does not say: It is Mine! To be sure, after World War II the Barthians very loudly contradicted this thesis, but for the most part, we saw the danger of their thrust. Christian Radio and Christian Labor organizations revived as never before.

But here, nota bene, we hear influential Christian Reformed voices expressing the same Bartman notions about separate action. And, coming closer to home, an American minister in Canada actually advised postponement of the establishment of a Christian School—for what reason, we know not.

I am not seeking debate here. I only offer my impression. However, we get the impressions that, for many around us here, Christian action is a matter of expediency, not of principle; that neutrality is possible and allowed; that the antithesis is a lost principle.

o yes, we are told that the antithesis is a metaphysical something, but not a principle and a moral something, because, after all, unbelievers are often better than believers! Again, correspondingly, certain theories about the three points of common grace fairly amaze us: we ask why, why isn’t our discussion of common grace carried on out of the starting point of the

Understand me, brethren, I am only observing. Do not lay this article aside forgetting our expression of thanks for the Christian Reformed Church, for all it has done and is still doing. With humble thanks we take our place in one of its pulpits, and humbly and honestly we shall labor so that we may continue to fight against heresy and unbelief. Out of various backgrounds though we may be, we unite to labor so that we may go on, one in faith, hope and doctrine. We labor in the work of the Lord, knowing that in him our labor is not ill vain.