The institutional church of which I am a part, all too often doesn’t look anything like what Jesus portrayed, and that’s part of the reason so many folks end up “church damaged.” But occasionally you find a faithful picture of what a “Great Commission” church is supposed to resemble. Let me tell you about one in Toronto, Canada. The pastor developed a mid-week approach to gather unbelievers to freely explore the claims of Christ and Christianity. This course is called “Christianity and Other Spiritualities Sexuality.” On this one occasion a few months ago, Steve Beck, the senior pastor, gave a ten-minute summary of what God says about our sexuality and Christ’s work in remaking us into the men and women He meant us to be. 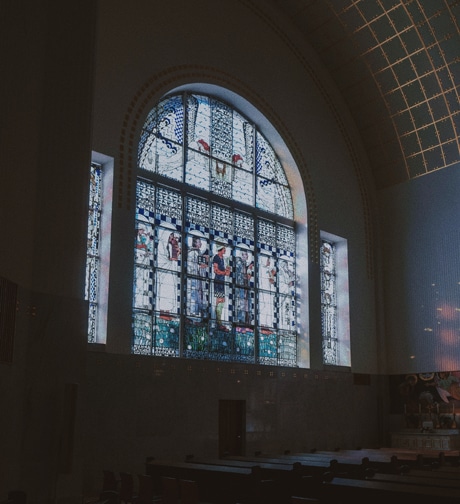 Before Steve could answer, Jim, who is about 50, stood up and with uncharacteristic intensity said, “I’ve been in the gay lifestyle for 35 years and I was completely burned out living in the gay community.” He didn’t mention it then, but he had been a drag queen for most of that time. He went on to say, “A year ago I discovered that there was hope for me and that hope was in Jesus Christ and I came to understand that my lifestyle was an abomination to the Lord.”

Later a police sergeant in the room said politely, “I would like to ask this gentleman two questions because several months ago I talked to Steve (the pastor) and he made a very bold statement. He said that homosexual people can change and frankly, I don’t believe that. But sir, I want to ask you two very personal questions, which you may not want to answer. The first is this: ‘Do you still have homosexual urges?’”

There was silence and Jim started to tremble. He said, “I do. I have desires — sometimes very strong desires to return to the gay community, but I can tell you this — if I ever go back, it will only be to get people out -not to take up the same lifestyle.” The policeman then said, “My second question is even more personal. Do you think you will ever be or would ever like to be in a heterosexual relationship?”

Jim really began to tremble now, but finally stammered, “I would very much like to be, but it would not be fair because for the last eleven years I have had AIDS and it wouldn’t be right for me to give this disease to any woman.”

By then, Steve (the pastor) was in tears. When he composed himself he said, “Jim, I just want to thank you for your honesty and for trusting us enough that you are willing to be that open, and to be in our church and participate with us and to accept our love. I want you to know that I feel deeply honored.”

Two weeks later, Jim read a poem after the sermon. It was entitled, “From Drag Queen to Royal Son.” The whole congregation broke into thunderous applause. Soon thereafter he became very sick and the elders came and prayed intensely with him. Steve said it was the highlight of his ministry to watch a lawyer, a college professor, a leading research scientist, a doctor and three pastors minister to Jim with tears running down their faces, praying with this former drag queen who was dying of AIDS, but who was now a beloved brother in Christ.

Guess what? That’s what a “Great Commission” church looks like to a lost, dying and hopeless world. Our churches must reflect that same face because it’s the face of our Savior. Anything less greatly mars His image.

Rev. Cox is senior pastor of Meadowview Reformed Presbyterian Church (PCA) and columnist for the Lexington Times (a subsidiary of the New York Times) from which this article is reprinted.