The title of this editorial is often given as an excuse by parents for passing up Christian education for their children. It seems to be a self-evident statement of truth and the very essence of common sense. After all, public education is free while Christian Schools are very expensive. The truth of the matter is that the statement “public schools are cheaper” is a very deceptive one. It is both true and false. It is like saying that a volcano eruption is a beautiful sight. It is incredible to watch the smoke billowing from the top of the mountain and the bright colored lava flowing down the mountain.

Beautiful, that is, to watch on television. I dare say, however, if your house was anywhere near the mountain you would find a volcanic eruption more terrifying than beautiful. Only when you shut your eyes to the terrible can you see the beauty. Likewise, I would argue public education is more terrifying than beautiful when it involves your own covenant children. Such an education is only cheaper when you close your eyes to the awful cost in other and higher aspects than a person’s pocketbook.

First of all, the idea that public schools are cheaper is a shortsighted statement. The results of education are not short; they do not last for only a brief time, but for life, yes, even for eternity. By education we shape the life for the future. No one can tell the ultimate result for good or evil of youthful training and educational associations. Here nothing may be left uncertain. Positive Christian training alone is permissible. 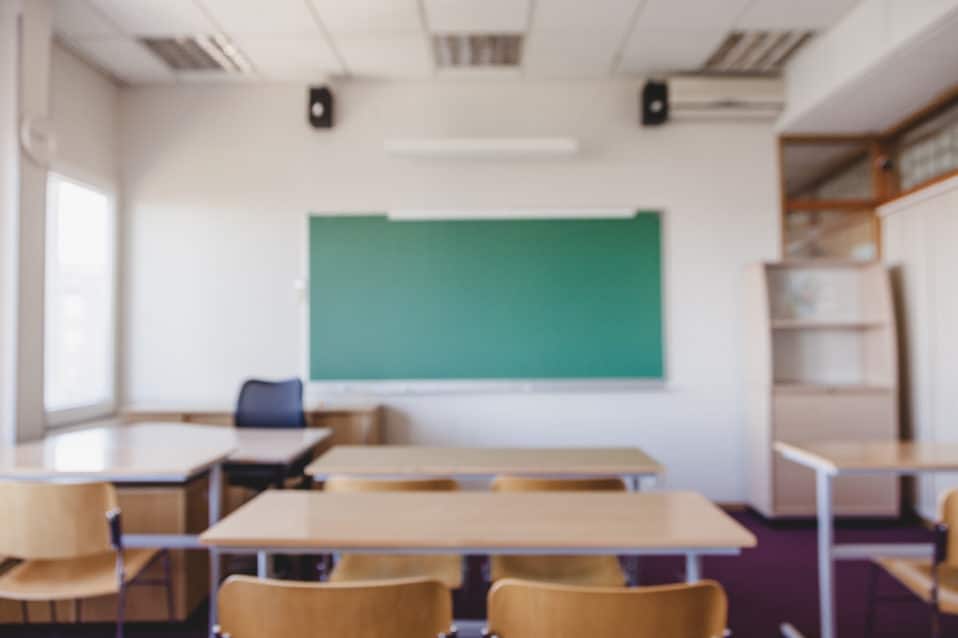 It may be possible to get by with a cheap foundation when building a temporary structure, but a faulty foundation is folly and ruin when erecting a building that will stand for generations to come. The best is then none to good. Likewise, when we are laying the foundation for the lives of our children [and our children’s children] as citizens of the kingdom of heaven, no cheap foundation should be lain. The education they receive will affect them for the rest of their lives. And it will affect their children and their children’s children, as well. Yes, the public school is cheaper; but because we are building for time and eternity we can not afford to use such woefully inadequate building material as the foundation for our children’s worldview.

The public school is cheaper. Yes, but it is likely to prove too expensive. Cheap is not always less expensive. I know of a house that was built with an eye to cheapness. The bait of the lowest bidder was taken. A dollar was saved here, a dollar was saved there. That house is now a little over twenty years old and it has already proven to be a very expensive house. The new furnace, the new roof, the new electrical work have all been a painful reminder of the fact that whatever is cheap to begin with is likely to be expensive in the end. A poor but wise man once told me that he bought a good furnace for his house because he could not afford a cheap one. Would that all parents were just as wise as this man when the education of their children is considered.

I know parents who took their children out of the Christian school and placed them in the public school because it was cheaper. They saved lots of money. With that money they bought a new van, an in-ground swimming pool, a new camper. Every year they seemed to spend the money they thought they were saving. But the boys came under the influence of unbelieving teachers and unbelieving friends. They lost their covenant consciousness and began to live like unbelievers. Soon, they married unbelieving wives. What an awful price to pay for a cheaper education!

This is not to say that every child who attends a public school will automatically renounce his faith, nor does it imply that every child in the Christian school will automatically grow up to be a leader in the church. It is only logical, however, that the three legged stool (home, church, and school) will be stronger when each leg works to support the other, rather than having one leg that is diametrically opposed to the other two. Parents should never place their priorities on the cost of education rather than the quality of it.

The public school is cheaper. Yes, but cheapness is often a mark of danger. Suppose you were suddenly taken with a dreadful brain tumor and to save your life you had to submit to surgery. Would you choose doctors based on cost or on efficiency and expertise? Would you want the equipment that he used to be the best money can buy or something that he picked up at a garage sale? When a life is at stake you cannot afford anything but the best.

Likewise, when training your child a worldview is at stake, you cannot leave it up to those who have a wrong worldview. I never cease to be amazed by parents who place their children in certain schools because of its sports program or its music program, but they give little thought to its religious program. Let the demands of the economy take every luxury and convenience away, but let it never interfere with the Christian training of your child. Too much is at stake to yield to the overworked argument of cheapness.

The public school is cheaper. True, but to the conscientious Christian parent this is reducible to absurdity. As little as you can measure character by money and spiritual values by dollars and cents, so little can you measure the value of Christian schooling and Christian education for your covenant children. There are some values which money cannot buy. And they are the greatest values of all. On the surface of things it is cheaper to have no grass and no flowers, no parks and no playgrounds. It is cheaper to let your child go without an overcoat in the winter and to give your baby water instead of milk. It is cheaper to get along without churches and libraries and schools. But who wants to pay the price?