1527 is held to be the year that Martin Luther suffered the most from his frequent bouts of depression. Luther explains that the content of his depression was always the same, the loss of faith that God is good and that He is good to me. He used a German word to describe these times and that word was Anfechtungen. He once wrote that “If I live longer I would like to write a book about Anfechtungen, for without them no man can understand scripture, faith, the fear or the love of God. He does not know the meaning of hope who has never been subject to temptations.”

Indeed, Luther felt that his depressions were necessary, while at the same time they were dreadful and by all means to be avoided and overcome. After what Luther describes as the frightful Anfechtung of 1527, he wrote, “For more than a week I was close to the gates of death and hell. I trembled in all my members. Christ was wholly lost. I was shaken by desperation and blasphemy of God.” “When I go to bed,” writes Luther, “the Devil is always waiting for me. When he begins to plague me, I give him this answer: ‘Devil, I must sleep. That’s God’s command, ‘Work by day. Sleep by night. So go away.’ If that doesn’t work and he brings out a catalogue of sins, I say, ‘Yes, old fellow, I know all about it. And I know some more that you have overlooked. Here are a few extra. Put them down.’ If he still won’t quit and presses me hard and accuses me as a sinner, I scorn him and say, ‘St. Satan, pray for me. Of course you have never done anything wrong in your life. You alone are holy. Go to God and get grace for yourself. If you want to get me all straightened out, I say, ‘Physician, heal thyself.’”

Remarkably, it was during this same year, 1527, the year of his deepest depression, that Martin Luther penned the words of that great Reformation hymn: Ein Feste Burg is Unser Gott, the hymn that is more commonly known to us as A Mighty Fortress is Our God. This hymn is drawn from the wonderful words of Psalm 46.

One of the suggestions made as to the provenance of this Psalm is that it was written immediately following a victory of the Israelites over the combined forces of Moab, Ammon, and Edom recorded in 2 Chronicles 20. Whether it was exactly that battle or another is difficult to say, but it seems very clear that this Psalm was written in the context of deliverance from a mighty host. Verse 1 refers to God as an ever present help in trouble. Verses 7 and 11 say that the God of Jacob is our fortress. Verse 9 says He makes wars to cease, He breaks the bow and shatters the spear, He burns the shields with fire.

In 2 Chronicles 20, as Israel faced a mighty host of oppression, a prophet stood up and said to Jehosaphat, “Do not be afraid or discouraged because of this vast army. For the battle is not yours, but God’s.” This is indeed a familiar refrain of the Old Testament. Time after time the Lord would remind His people that the battle belonged to Him, and we see exactly this sentiment reflected in the words of Psalm 46.

The focus of this Psalm is wholly upon God. God as Creator: the one who causes the mountains to quake and the waters to roar. God as protector: the one who is a refuge and strength, an ever present help in trouble. God as ruler: the one who makes wars to cease to the ends of the earth. And God as provider: the one of whom it is said that there is a river whose streams make glad the city of God, for God will help her at the break of day. 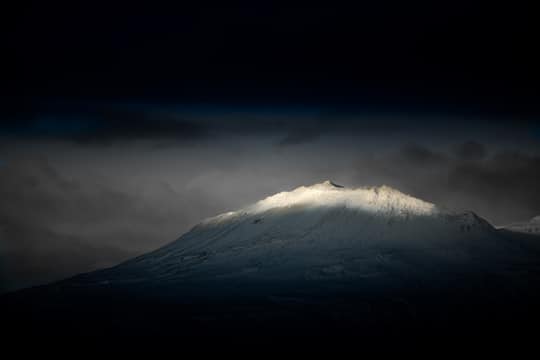 The key to this Psalm however, comes in the refrain of verses 7 and 11. There the Hebrew reads “Yahweh Tsabbaoth Immanu” which is translated “The Lord of Hosts is with us.” The Immanuel principle. I had the privilege of joining other seminarians for the annual trip to a local synagogue where we were able to hear Hebrew read in a worship setting. I felt a terrible burden of sadness listening to those people read these very words of the Old Testament without for a moment understanding of whom it speaks. How many countless times have these people and many millions of other Jews read words such as Yahweh Tsabbaoth Immanu without realizing that they speak of Jesus? How many times have they read those words and failed to grasp as Luther did in answer to the question, “Dost ask who that may be? Christ Jesus it is He; Lord Sabbaoth His name!”

In speaking of the Lord of hosts, the one who is with us, this Psalm does not merely speak of victory in a battle past, but of the ultimate victory that Christ Jesus gained over sin on the cross, and that will be completed when God subdues the hostile forces of rebellion forever. This is why the Psalmist can record the words of God in verse 10 saying, “I will be exalted among the nations, I will be exalted in the earth.” The end of the war that Israel has just experienced is just a foretaste of the time when Jehovah will bring to a complete end the waging of all war such as is spoken of in Micah 4:3ff & Isaiah 2:4 “They will beat their swords into plowshares and their spears into pruning hooks. Nation will not take up sword against nation, nor will they train for war anymore.”

As one reads this Psalm attributed to the Sons of Korah, it is not difficult to recall the intensity of Luther’s Anfechtung, and perhaps to recall some of our own struggles with doubt or the torment of sin and the devil. We can see why this Psalm was such a wonderful encouragement to Martin Luther. He found tremendous solace in being able to pause from the task of ministry; to “Be still and know that God is God” and that the Lord Almighty is with him in Christ Jesus. The battle did not belong to Martin Luther, but to the Lord, and in Him was the ultimate guarantee of victory!

Late last year, George Best died. George Best was perhaps the most skillful soccer player to come out of the United Kingdom. He played professionally for Manchester United as a teenager. Unfortunately for him, he was not able to handle the life of the sports celebrity. He began drinking to excess to the point that later in life he required a life saving liver transplant. Sadly for George, the old battle with alcohol resumed with ferocity.

Unsurprisingly, he lost that battle and eventually succumbed to death. George’s death provoked massive outpourings of public mourning and sympathy. He was always viewed as a lovable rogue by the British people and the press. “Poor old George” was the overwhelming sentiment.

At all the soccer games in the weekend after his death, the players wore black armbands. At Manchester United, the players gathered before the game around the center circle with the referees. Part of the crowd of 67,000 raised posters that through strategic positioning painted a picture of George Best’s face. The public address system announced that at the blowing of the referee’s whistle everyone in the stadium was to observe a moment’s APPLAUSE! Not a moment’s silence, but a moment’s applause! The TV commentators remarked on how much more appropriate this was than a minutes silence, and how this practice was becoming standard in Europe. Maybe I over-psychoanalyzed the situation more than was necessary, but I was rather struck by this. Instead of one short minute to reflect upon mortality, perhaps to pray for mourning family members, or perhaps to quietly reflect on a tragic loss of a wasted life, silence was replaced with applause and noise.

Well in many respects this is a noisy Psalm. There is roaring and quaking and battle and uproar! But the Psalm speaks of a time when the noise of sin will be quieted by the silence of the Lamb! It calls us equally, to regularly pause in the midst of the noise of life; to close the door on every thing else and to “Be still and know that He is God.”

I do not know how noisy life is for you at the moment. I can only surmise that right now some of you are likely to be experiencing a dark and dangerous time, such as those experienced by Luther in 1527. If you are not experiencing such a time right now, praise the Lord! But the fact remains that the Word of God indicates that you will. Those times may be of a greater or lesser magnitude. They will be noisy times. They may come in the form of personal depression, persecution, the torment of the conviction of sin, tension in the council room, strife amongst the office bearers, schism in the church, the sorrow of watching a loved one walk away from the Lord, a sudden death, problems at work or school, a prolonged illness, seemingly unanswered prayer, or difficulties in your marriage. There may come a time when the weight of the world and the very claws of the devil seem to be perched on your shoulders alone.

At that time, one thing is needed, and yet it will be the most difficult thing to find. This is why we must regularly practice the art of learning to “Be still and know that God is God.” That is why our worship must be private as well as public. That is why we must make time each day, either in the stillness of the morning or at the close of the day, to “Be still and know that God is God.” Church Bible studies, devotions at the family dinner table, all this, as important as it is, is no substitute for the time spent alone in quiet before the throne of God: time spent contemplating His Supreme majesty; time spent counting the blessings that flow from His Fatherly hand; time spent wallowing in the river of His love; time spent learning to pray the prayers of a forgiven sinner; time spent reading the Word of God, reading a passage such as Psalm 46, and praying it right back to Him! “O God, you are my refuge and my strength, an ever present help in trouble.”

Spend time thanking God for sending us the Lord Jesus Christ, that He may be God with us; thanking Him for revealing that we cannot stand in our own strength, but that we are enabled to stand in the strength of Christ Jesus, established firm in the knowledge that the battle belongs to Him, and that “He must win the battle.”

It is said that during the dark and dangerous times of the Reformation, that Luther would turn to his friend and co-worker Philip Melancthon and say, “Come Philip, let us sing the forty-sixth Psalm.” Maybe you too can find a moment during the business of your noisy life, and turn to numbers 85 and 444 of the blue Psalter Hymnal to be encouraged from the words of this glorious Psalm.

Mr. Andre Holtslag is a senior student at Mid-America Reformed Seminary. He is a member of the Reformed Church of New Zealand.