In Psalm 78 Asaph speaks as a father to his children, but also as a priest to God’s people. Let us, then, eagerly expect godly instruction applied to our hearts with warm affection. You might even be a father yourself. If so, you have the added bonus of learning from this Spirit-filled saint.

Firmly Asaph commands their attention, “Give ear . . . incline your ears” (v.1). At the same time he communicates with personal tenderness by calling them “my people” and referring to “my law.” A thoughtful father attempts to speak on a level that his children can understand. This explains Asaph’s method. According to vv.2-3, he intends to teach with the simplicity of a parable in order to convey deep truths. His teaching whets the appetite for the greatest Teacher of parables nearly a thousand years later.

God calls fathers in every generation to serve as prophets in their homes. Fathers represent Jesus Christ to their families. If you are a father, do not be like Moses and complain about your inadequacies. Instead, confess your weakness to God, humbly admit it to your family, but do not shirk your calling. If you are not a father, pray for God to equip the fathers around you to be faithful teachers. 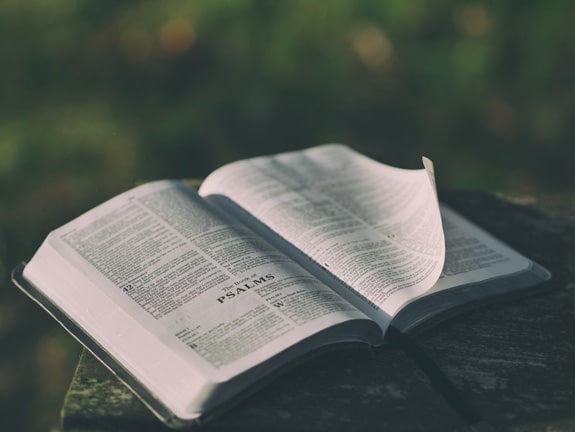 Asaph’s curriculum begins with a God-centered focus: “Telling to the generation to come the praises of the LORD . . .” (v.4b). Praise is as simple as repeating the number of home runs of your favorite baseball player or putting into words your admiration for the technological abilities of your computer. That kind of praise comes quite naturally and all too easily crowds out our praise for God. Perhaps Asaph recognized that tendency in his own day and for that reason gives us a lesson plan for praising God: “And [tell] His strength and His wonderful works that He has done” (v.4c).

Beginning with verse twelve, Asaph lists the specific acts of God which burst with more power than any home-run king and which are more wonderful than the latest telecommunication systems. Notice how Asaph writes more than a “personal testimony.” He reaches back five hundred years in his family’s history. He retells the heroic feat by which God rescued his own ancestors from Egypt and eventually brought them into the promised land. His detailed list includes the division of the Red Sea (v.13), the pillars of cloud and of fire (v.14), water from rocks (vv.15–16,19–20), and most of the ten plagues (vv. 43–52).

With three inspiring purposes, Asaph motivates our praise and the training of our children in the same way. First, he views the influence of a prophetic father through the lens of a telescope. The purpose of teaching children the habits of praise is “That the generation to come might know [the works of the LORD], The children who would be born, That they may arise and declare them to their children” (v.6). Asaph’s telescopic approach enables him to look light-years beyond his own children. He’s not just training children; he’s training future fathers to do the same thing he is doing.

The second prophetic purpose for training children in the LORD’s praise is “That they may set their hope in God, And not forget the works of God, But keep His commandments . . .” (v.7). One of the surest ways to nurture a hopeful and obedient faith is to focus our attention on the wonderful works of God. This is true for childhood temptations and trials as much as for the adult ones.

The last prophetic purpose is stated negatively in v.8, “And [that they] may not be like their fathers, A stubborn and rebellious generation, A generation that did not set its heart aright, And whose spirit was not faithful to God.”

Let us keenly sense that the wonderful works of God’s mercy never deny nor minimize the harsh reality of His justice. According to God’s righteous anger, fire actually consumed some of Israel’s young men (v.63) and the enemy’s sword really did butcher some of their priests (v.64).

How can we guard ourselves and our families against the dangers of reckless presumption? Asaph compels the entire congregation to bear witness to each succeeding generation. How desperately we need prophetic fathers who will diligently teach their children the wonderful works of the LORD.