It took the big media about a week to find a fanatic who would attempt to justify the murder of two women at a Massachusetts abortion clinic and the firing on a second clinic in Norfolk, VA. But their efforts did not go unrewarded.

Donna Bray, the 34-year-old spouse of a convicted clinic bomber and mother of five, heads an organization called “Defenders of Defenders of Life.” She thinks convicted clinic killers like Paul Hill and Michael Griffin, and the accused murderer John Salvi, are theologically correct when they use violence to stop violence against the unborn.

Of the latest clinic shootings, Bray told the Washington Post: “It’s a consistent position if you are pro-life and not a pacifist. We are obligated to do whatever we can to defend innocent people. Just because Jesus didn’t act this way doesn’t mean He wouldn’t approve.”

Wrong! Jesus had two opportunities to justify violence in the name of justice. One occurred in the Garden of Gethsemane when the disciple Peter used his sword to cut off the ear of the high priest’s servant. “Put away your sword,” admonished Jesus, “for all they that take the sword shall perish with the sword.” His second opportunity to use violence to stop an injustice was on the cross.

When people like Bray defend terrorists who claim to be acting in God’s name, they do a great disservice to the cause of the unborn and to pregnant women in crisis, who need information and compassion. 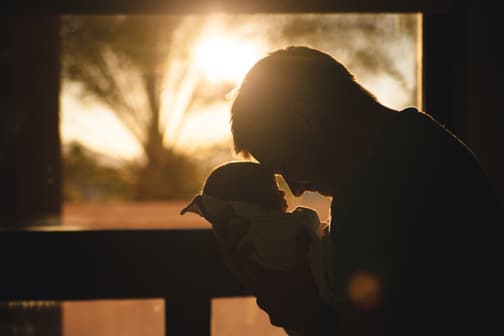 The Centers for Disease Control report that 1992, the latest year for which complete figures are available, saw the lowest abortion level in 15 years. This is due, in part, to the proliferation of crisis pregnancy centers which help women in need, and a growing body of information about abortion that bypasses the filter of the big media.

The shocking pictures of the dead being removed from the Massachusetts clinic and the close-ups of the blood and bullet holes was only half the story.

What if cameras had gone inside and showed the results of an abortion—the blood and the reality of dead babies being sucked from, or burned, or carved up and removed from their mothers’ wombs? Suppose cameras photographed the little bodies and body parts ready for the trash? Would stomachs and hearts have been turned in another direction?

The killings of the already born should not be allowed to derail our attention from the killing of the not-yet-born and from how to help women to make a better choice. The argument that aborting the unborn is legal while killing the already born dodges the moral question which must be at the centers of any debate about human life.

The tiny minority of clinic killers (three so far) should not make us forget the 30 million babies who have been legally killed since 1973. Those opposed to civil rights for blacks once hoped to derail legislation guaranteeing the rights for minorities because of the violent acts of a few militant. They did not succeed. The fanatics must not succeed this time, either.