Q: Unto whom is Baptism to be administered?

A: Baptism is not to be administered to any that are out of the visible church, and so strangers from the covenant of promise, till they profess their faith in Christ, and obedience to him, but infants descending from parents, either both, or but one of them, professing faith in Christ, and obedience to him, are in that respect within the covenant, and to be baptized. [Emphasis mine] (Westminster Larger Catechism, 256).

But is this a valid criticism and a real tension? Or is it the case that the Larger Catechism is speaking about two different aspects of the Covenant of Grace, one spiritual and unbreakable, the other conditional and breakable? To answer this question we may turn to one of the greatest of all Westminster Divines, Samuel Rutherford. 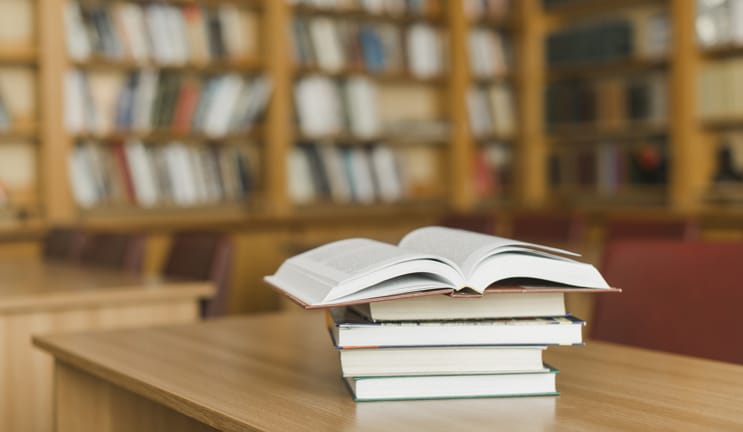 It is no inconvenient [sic] that the Reprobate in the Visible Church, be so under the Covenant of Grace, as some promises are made to them, and some promised to them conditionally, and some reserved special promises, of a new heart, and of perseverance belong not to them. For all the promises belong not the same way, to the parties visibly and externally, and the parties internally and personally in Covenant with God. (94)

By in abstracto Rutherford means, “ formally, in the letter as a simple way of saving sinners”, in which contains only “the will of precept”. Rutherford argues for an external and breakable Covenant that is made by baptism and profession only. This is not the true spiritual, real, and unbreakable Covenant of Grace; it is a temporary perceptive membership that is not savingly covenantal (94). Under the marginal heading, “How visible professors are really within the Covenant, & not really within it”, Rutherford Writes,

The adverb (really) relates to the real fruit of the fulfilled covenant, and so such as are only externally within the Covenant, are not really within the Covenant, for God never directed, nor intended to bestow the blessing Covenanted, nor grace to perform the condition of the Covenant upon them. But they are really Covenanted and engaged by their confessed profession to fulfill the Covenant. And as the commands and threatenings of the Covenant of Grace lay on a real obligation, upon such as are only externally in Covenant, either to obey or suffer, so the promises of the Covenant imposes an engagement and obligation on such to believe the promise, but some times, we say the promises of the Covenant of Grace are not really made to the reprobate within the Visible Church, because God intends and decrees to, and for them, neither the blessing promised, nor the saving grace to fulfill the condition to believe. (92)

In this way says Rutherford, “all within the Visible Church are in the Covenant of Grace” (94). It is in this same way Rutherford can speak of a Federal Holiness that allows for Larger Catechism 166 to remain non-contradictory with Larger Catechism 31. Federal holiness is not necessarily a saving holiness but a setting apart by covenant promise. Rutherford is very clear that true holiness while set in the context of a federal promise, is truly predicated upon God’s secret decree. Observe:

But as touching real holiness, it is not derived from a believing father, or to make the son a believer, Scripture and experience say the contraire. Nor is internal and effectual confederacie with God, that, by which one is a son of promise. 1. For no man is chosen to life in his father, because the father is chosen. A chosen father may have a reprobate son. 2. Election to life is not of nations, or houses, or societies, but of single person. (85)

Needless to say, Rutherford believes that mere Federal Holiness is no true holiness unless regeneration has taken place. Yes, there is a physical aspect to the Covenant of Grace which has blessings and cursing; however, for it to carry any lasting benefit, it must be a personal work wrought by the effectual converting power of the Holy Spirit in a one-to-one correlation between election and regeneration.

Another great Presbyterian who wrote extensively on the nature of the Church (and the Covenant) also found no tension in the Westminster Standard’s regarding the Covenant of Grace. In his two volume work, The Church of Christ, James Bannerman, taught an important contrast between the members of the Church visible and invisible. “The Church invisible stands, with respect to its members, in an inward and spiritual relationship to Christ, whereas the Church visible stands to Him in outward relationship only” (Bannerman 29).

The visible/invisible distinction according to Bannerman cannot go unnoticed. Observe how he uses visible Church and external covenant synonymously.

The external relationship in which the members of the visible Church stand to Christ, as having been brought into a Church state from out of the world, has been often spoken of by theologians under the name of an external covenant or federal relationship. Whatever name may be given to it, there is no doubt there is a real and important relationship into which the members of the visible Church have entered… (30)

Later he reinforces this same idea when he states, “This relation of the mere formal professor and member of the visible Church to Christ may be called an external covenant and an outward federal union, or not. But under whatever name, it is important to bear in mind that there is such a relationship involving both real responsibilities and real privileges. (Emphasis mine)(32)

Bannerman is equally clear as Rutherford insisting the true, vital, saving, unbreakable nature of the Covenant of Grace as it stands in eternity, is made with the elect alone.

In so far as the Church invisible is concerned, the truth of this statement will be admitted by all. There can be no difference of opinion on this point. The proper party with whom the covenant of grace is made, and to whom its promises and privileged belongs is the invisible Church of real believers. It is this Church for whom Christ died. (30-31)

He goes on to say, “The case is all together different for with the visible Church. It stands not in an inward and saving relationship to Christ, but in an outward relationship only, involving no more than the promise and enjoyment of outward privileges” (31).

In this regard, to suggest that the Covenant of Grace has a works component upon its entry is to misunderstand its function entirely. Every good Presbyterian will agree that salvation is by grace through faith alone, apart from any works of the law. This federal and outward separation that is called “sanctified” and “holy” in 1 Corinthians 7:14, “broken off branches” in John 15;1–8, and “unwise virgins” in Matthew 25, is meant to convey how God sets aside certain people to be objects of physical, covenantal blessings. These outward blessings (which are not saving), such as hearing the Word preached, observing or participating in the sacraments, and involvement in the fellowship of the covenant community, are the means by which God brings the unregenerate soul within earshot of the call of the Gospel; inviting all to come from darkness to light; from the temporal covenant into the Everlasting Covenant. Bannerman says, “To the external privileges of that visible society even sinners are invited,- not that they may rest there, but that they may go on to the invisible and spiritual society within.” The visible covenant blessings are meant to cause the sinner to “seek for something higher and more blessed” (33).

The spiritual blessings and promises of the Covenant of Grace must be the dominant theme in all federalist teaching and preaching. Bannerman reminds us that in the separation between Rome and Protestantism, the visible/invisible Church distinction, “…lies at the very foundation of the controversy between them. The strong desire and tenancy with Popish controversialists is to deny the existence of the invisible Church; or when they are not bold enough to do that, at least to give the decided precedence to the Church visible”(37).

This should be avoided at all costs. The invisible Church is the true Church, it is the “glorious church, not having spot, or wrinkle, or any such thing; but that it should be holy and without blemish” (Eph 5:27).

When we speak of Federal Holiness it should always be in light of its goal- a saving relationship with Jesus Christ, the Elect One. To simply think of Church members as being in confederacy with Christ by baptism and profession is to forget the most vital portion of the equation. Indeed many today are so emphasizing the mere federal element of the Covenant of Grace they are (practically speaking), omitting the weightier matters of the Covenant. Inward union is the only true union with Christ. Any substitution of Church-ism in place of the internal operation of the Spirit is to supplant the role of the Visible Church and turn the gospel on its head. We must be diligent in both our understanding and application of every aspect of Christ’s Church and of His gracious covenant.

Bannerman’s conclusion is a good one:

[N]othing but a clear discernment of the principles that connect any yet distinguish the Church invisible from the Church visible, and a right application of these to explain the statements of the Word of God on the point, will save us from mistakes fraught with the most ruinous consequences both in doctrine and practice. (40)

Mr. Jerrold Lewis is a third year divinity student under the care of the Canadian Presbytery of the Associated Presbyterian Church of Canada. He is a student at Whitefield College and Theological Seminary and is doing graduate work at Haddington Divinity School in Prince Edward Island.