Not long ago someone said in effect to me, “I’m glad that very few ministers bother to preach about predestination nowadays. It is a doctrine best left buried in the preacher’s library. There arc too many unpleasant angles involved. And what sense is there in bringing up matters about which there arc so many hot arguments? It’s a good thing that we don’t get excited about it anymore.” Although these were not his exact words, they do convey the impression his remarks made on me. This impression set me to thinking about predestination, the pulpit, and the people. In the next few issues of this magazine I wish to share my thoughts with you.

The accuracy of my friend’s observation about the ministers in my church—The Christian Reformed Church of America does not trouble me directly. It is much too easy to generalize. And generalizations made by persons who never bother to keep accurate records and by those who haven’t heard more than ten percent of our ministers are dangerously misleading. His characterization of the clergy we can dismiss without serious consideration.

But the attitude of my friend interests me. It is symptomatic of an uneasy religious conscience about predestination. It betrays the presence of some ideas, wrong ideas, which disturb the popular mind. It is not impossible that such ideas about election and reprobation have been infected by caricatures which are foisted. on us by those who discard this precious truth of the Scriptures. 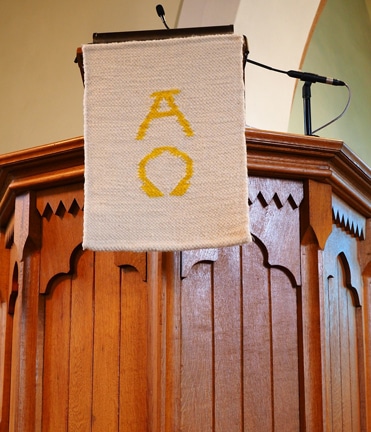 There are such serious distortions. A good example can be found with a person of no less theological stature than Emil Brunner. In arguing against the teaching of a double decree, that is, a decree of election and reprobation, he says among other things, “The Bible does not urge us believe that the God whom it reveals to us as the God of love has created some human beings for eternal life and the rest for eternal doom”(1). It is a grotesque distortion to think of this decree as implying the divine creation of people for damnation. Cod created man good and in His own image “that he might rightly know God his Creator, heartily love Him, and live with Him in eternal blessedness to praise and glorify Him”(2). If one allows Brunner’s caricature to influence his view it is no wonder that some people do not want predestination preached in the pulpit.

It is an old trick to throw around such misrepresentations and claim or imply that others teach such matters as Bible doctrine. The Remonstrants of the 17th century did it long ago. They accused the Reformed. fathers of the most unheard of teachings. The confession of God’s sovereign good pleasure in predestination was rumored to imply the arbitrary and tyrannical destruction of newborn babies. God tore them from their mothers breasts to cast them into hellfire in order to fulfill his decree of reprobation. Another Remonstrant wrote a pamphlet entitled The Predestinated Thief. That poor fellow couldn’t help himself! After all God predetermined that he had to be a thief. The God of predestination was painted as a tyrant, the author of sin, and a hypocrite because He didn’t really mean it when He addressed His gospel promises to the concrete sinner(3). It is not without reason that the authors of the Canons of Dort appended a conclusion, a summary conclusion, to their confession. In it they vigorously rejected such unfair distortions. It is an impoverishment of our Psalter Hymnal that this conclusion was not included when they reprinted the Canons. We hope that the next issue will include this informative summary conclusion.

There are, however. more subtly clever distortions which can plague the popular mind. One concerns the sovereign good pleasure of God as expressed in this double decree. It is unquestionably true that to? ultimate origin of predestination, both in its positive and negative aspects as to election and rejection, roots in the absoluteness of divine sovereignty. But it is not biblically warranted to conceive of this sovereignty as pure will, naked volition, of arbitrary power. It is God in all of His infinitely glorious perfections who discriminates and sets forth the final issues of world history. It is the God and Father of our Lord Jesus Christ who is the God of predestination. Davidson hits the nail sharply when he writes, It is not the will of God that elects and predestines, but God in His act of will”(4). Since this-is true we would want predestination to be preached, and the people would welcome such proclamation because it is the preaching of Jesus Christ.

If the will of God as operative in predestination is abstracted from His perfections of love, long-suffering, grace, righteousness, justice, and holiness, one gets a thoroughly confusing conception of God. It is the picture of a God who is other than the God and Father of our Lord Jesus Christ. This may be the portrait drawn by an abstract theologian but it is not that of biblical theology.

A beneficial corrective to such an uninformed view can be found by studying the deeper meaning of such texts as Ephesians 1:4. There we read that we are “chosen in Him,” that is, Christ, from before the foundations of the world. Or we ought to allow the precious truth of Il Timothy 1:9 to settle into our souls. This text tells us of God “who saved us, and called us with a holy calling, not according to our works, but according to his own purpose and grace which was given us in Christ Jesus before times eternal.” If some of the implications of such texts were more fully understood we could well preach about predestination in our work of evangelization. The sinner’s election in Christ is the heart of the gospel, and that heart of love must be tenderly exhibited in mission chapels throughout the world.

There is one other idea I want to mention. It seems to bother some people so much that they would rather not talk about predestination. They seem to have the idea that God is equally well disposed to damn sinners as He is to save them. The good pleasure of God is mistakenly thought of as a balanced pleasure in reprobating as electing. God then delights as much in hell as He does in heaven.

Perhaps this distortion of scriptural truth bothered the elder who prayed in the consistory room just before the divine service. He was committed to believe in predestination. But his commitment was not fully informed by the Bible. So he prayed and said, “Oh Lord, fill up the number of those elected to salvation by means of the preaching of thy servant, and if it be thy will, add a few more besides.” To his mind predestination implied that the God and Father of our Lord Jesus Christ gave salvation with a niggardly hand and a reluctant heart.

Nothing could be farther from the biblical exposition of predestination. Warfield once made this incomparably beautiful statement. “And as the broader lines of God’s gracious dealings with the world lying in its iniquity are more and more fully drawn for us, we are enabled ultimately to perceive that the Father of spirits has not distributed His elective grace with niggard hand, but from the beginning has had in view the restoration to Himself of the whole world; and through whatever slow approaches (as men count slowness) He has made thereto…(He) has ever been conducting the world in His loving wisdom and His wise love to its destined goal of salvation,—now and again indeed shutting up this or that element of it unto disobedience, but never merely in order that it might fall, but that in the end He might have mercy upon all”(5). That is the gospel, and the gospel we must preach. As long as our views of predestination remain informed by the Scripture and not by the distortions of those who discard the truth nor by the fancies of speculative thinkers we can ascend the pulpit and proc1aim to the people, “Behold your God.”

In order that we can gain renewed appreciation for this truth of predestination as the “heart of the church,” I hope to write a few articles in succeeding issues of this magazine. Since I am more interested in attempting to help build the church than in winning a theological argument, I shall attempt to deal directly with the Scriptures. A biblically orientated discussion may serve to help us recapture the spirit of worship and adoration as we behold the marvels of God’s electing grace in Jesus Christ our Lord.

(2) The Heidelberg Catechism, Lord’s Day III, Q.6 (3) If you have sufficient interest in reading more about these caricatures I refer you to a book by Jacobus Triglandius, an influential member of the Synod of Dort, entitled Kerckelijcke Geschiedenissen. (4) F. Davidson, Pauline Predestination, p. 20. (5) B.B. Warfield, Biblical Doctrines, p. 65.