Psalm 113 occupies a special place in the Psalter, the book of worship for the nation of Israel. It is the first part of what is called the “Hallel” the Book of Praise, which runs from Psalm 113–118. These psalms constituted a song book that was used during many of the festivals of Israel and particularly in the celebration of the Passover. There were several places in the celebration of the Passover when a song was to be sung. It was one of these Psalms that Jesus and the disciples sang in upper room.

A Call to Praise 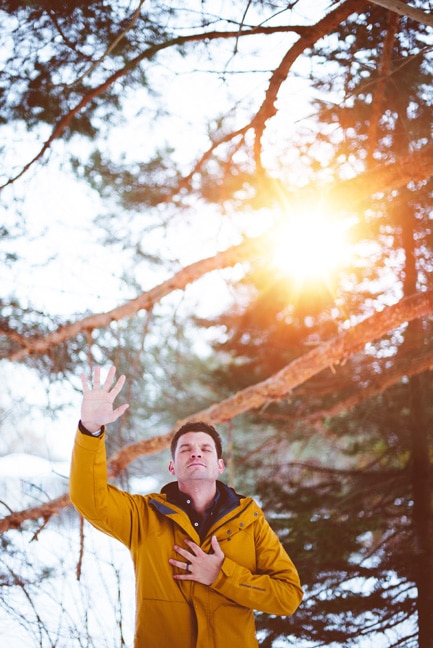 However, it is used both at the beginning and the end of this psalm as a command, an imperative: “You! Praise the Lord.” It is a command for us to do something. The command is for the people to “Praise.”

Praise seems to us to be the most natural thing to expect from Christians. Here it is laid out as a specific command. Psalm 113 begins with this Call to Praise:

The Psalmist declares that it is the “Servants of the Lord” who are to praise the Lord. In the narrow sense, this refers to those who labor in the temple, that is, the Levites. Calvin enlarges it to include all of the community of faith. This is the task of all Christians who all share in the general offices of Christ. All who call upon the Lord are the servants of the Lord, and therefore we are all called to praise God.

A third (and fourth) point that is pertinent here is the bounds set to this task, or rather, the lack of bounds. The command “praise the Lord” is without limits. It is without limit in regards to location: “from this time forth and forever.” The psalmist is saying that there is no time in which we are not to praise God’s name. This is a common theme throughout the Scriptures. The name of the Lord is blessed andto be praised forever and ever. As there is no time that we should not praise the Lord, there is also no place where we are excused from this holy task. “From the rising of the sun to it’s setting,” was a Hebrew colloquialism to indicate everywhere. As there is no place where the psalmist can hide from the Lord, so there is no place from where the Lord who is exalted above heaven and earth should not expect to hear the rising of praise to His name. The command is very simple and all inclusive, “Praise the Lord!” Period.

A Cause for Praise

The Psalmist does not end by giving us the command. He could have stopped right after verse 4 and we would have sufficient reason to praise the name of the Lord. But he continues. He takes us on from the call to praise to give us a cause for praise. In fact, he gives to us two major reasons to praise the name of God. The first cause that we are given for praising God is His greatness in Himself. We are commanded to praise God first simply for who He is. He is the LORD – Yawheh. This is God’s covenant name, and it is this one who we are to praise, because it is Him that we serve. He is the “I am”, the eternally existent one. The one who revealed Himself to Moses in the burning bush, and told Moses to remove his sandals because he was standing on Holy Ground.

We should praise Him because He is exalted above the nations. He is high and lifted up. Think of the most glorious king or prince or president or prime minister in the history of the world. Think of the richest, most lavishly treated person in the world. Think of the most powerful, the most influential, and know that our Lord is exalted far and away above them. Even the greatest human king that has ever lived, is just that, a human king. A creature. And our God is the Creator, and as such He is exalted over all the nations.

He is exalted over them because He created them. Whether nation or ruler, it owes its existence and status to the Lord God of Israel.

We should praise Him because He is not only exalted above the nations, but even above the heavens! A contemplation of this should cause our hearts to soar with praise. The heavens and the highest heaven cannot contain Him. In recognizing all of this the psalmist asks, “Who is like the Lord our God?” This should also be our question, and our response should be, as the psalmist suggests, to praise the Lord!

The poor state of the church today can be traced directly to the fact that it has to a large degree lost its understanding of the holiness of God. It is God’s holiness that is shown in His authority as God. Another reason to praise God is that He is sovereign, that He is enthroned as the great King above all kings.

Even as we are at the height of considering the exaltation of Yahweh, even as we are told that He is worthy of praise because He is exalted and because His glory is above the nations and even above the heavens, verse 6 brings us a most marked contrast. It brings us to the second main reason why God is to be praised: “Who humbles Himself to behold the things that are in heaven and in the earth?”

This is, first of all, a description of who God, but it is also a picture of what He does, specifically in His stooping down. This is the wonder of the work of God, this is the exalted King of the universe stooping to earth. And this is the second thing that the Psalmist sets before us which gives to us a cause to praise our God, not only God’s greatness in Himself, but now we see His graciousness to us.

Although God’s greatness exceeds the world, and although His throne is exalted above all things, and although He has to stoop to even look upon the heavens, so exalted is He; it is praiseworthy to know that we are not neglected by Him.

It is important to remember that this stooping is a humble, gracious act of God. As much as it is for Him to condescend to consider the heavens, much more so the earth, to visit the sons of men and to regard them, to order and overrule in their affairs. It is a great condescension of God to take notice of what those on the earth say and do, so that He might fill the earth with His goodness.

The psalmist says that the LORD lifts the needy from the ash heap. This was an emblem of the deepest poverty and desertion. In Palestine and Syria the man who is shut out from society would often lie upon a thing called a mezbele, which is a dung heap or a pile of ashes. The person would, during the day, call on the bystanders for alms, and by night he would hide himself in the ashes that have been warmed by the sun.

These are the despised; these are the lowly and the destitute. Even these are not beyond the help of our condescending, gracious God. Even these are not beyond the eye of the Lord. Just as Hannah, who had been barren was looked upon with favor by God in the same way that Sarah had been when God opened her womb and brought forth from it the son of promise. The Psalmist says, “He settles the barren woman in her home as a happy mother of children.” God is gracious in reaching down to a woman, and giving to her a home full of children. It is the same God who lifted Rachel from the same ash heap of barrenness and gave to her Joseph, who quite literally was seated with princes and through whom God was praised.

This God, who is exalted above all things, who is, as we say, transcendent, separate from His creation. This God is at the same time immanent, He is the God who does not forsake His people, He is the God who watches over His people, He is praiseworthy because of this. He reaches down to give natural blessings to those who need it. Is there anything more praiseworthy than that?

However, if you only see this in the psalm you are greatly impoverished. If you see God as gracious only in the physical sphere, and see this as the extent of His stooping, you have missed the psalmists point entirely. Yes, God is a God who is to be praised for humbling Himself by looking to the poor and the needy in the physical realm, but He is the God who is with His people. He is God with us.

The Christ to Praise

Some 500 years later, when Mary’s baby is born, she named Him Emmanuel, “God with us.”

Here is the most glorious, most excellent reason to praise the Lord. Here is the ultimate condescension. Here is God Himself, Jesus Christ, “being in very nature God . . . [making] Himself nothing, taking the very nature of a servant, being made in likeness of human flesh.”

Do you not yet recognize the one who is poor, the one who is needy and who lies on the ash heap begging alms, seeking to be kept warm by dung. Do you not see who the barren woman is. They are all the same person. You saw them in the mirror when you were getting up this morning. You must recognize your voice in their cries, because it is your voice.

Then do you see the God of all the universe, Who in His greatness, has shown grace to you? Do you see that the one who is exalted above all things has Himself reached down to you and lifted you up from the dust, He has condescended to lift you off the ash heap. To set you with princes. To place you in the company of Hannah and Samuel, and David, and David’s greater son, our Lord Jesus Christ.

God has seen our low estate and raised us up and seated us in the heavenly places in Christ. And do you know how? He did it by becoming poor, “that through his poverty you might become rich” (2 Corinthians 8:9). He did it by taking your place on the ash heap, by becoming barren Himself, “God made Him who knew no sin to be sin for us, that we might become the righteousness of God in Him.”

The application of this text is most simple. We have it laid out in the most plain language. The Psalmist ends the psalm as he began it, with the word of command, “Hallelujah” “Praise the Lord.”

Rev. Gene Crow is the pastor of the Lakeshore United Reformed Church, a church plant in Muskegon, Michigan.