In Cuba the revolution has produced a society out of joint and drifting away from democratic principles. The neighboring island of Puerto Rico has experienced under tutelage of the United States increasing stability and prosperity. Many material advantages have been gained by its inhabitants during the past decade.

Not a few, however, are expressing dissatisfaction with the course of events. In general this has stemmed from the Roman Catholic Church, which is dominant on the island.

Last spring a bill was introduced in the legislature to provide religious education in the schools on a release- time plan. Members of all three political parties supported the proposal, although the parties did not formally endorse the bill. This has set in motion the hierarchy of the church. While praising the political parties for the material advantages which the island enjoys, the bishops of Havana and Ponce have approved the formation of a new political party, called Christian Action. Bluntly they have stated “that their (the parties’) philosophy of government…makes them responsible for the bad morals which obscure and de-Christianize our society; such as abortion, neo-Malthusianism, and adult and juvenile delinquency which necessarily result from a system of education separate from religion.”

The formation of a distinctively Christian (Roman Catholic) party, they claim in their pastoral letter, “will purify and re-Christianize the public and private life and, without destroying freedom, will make freedom a greater blessing and a greater reality, restoring liberty under law, especially under the supreme law of God…Aware that the political philosophy which predominates in the existing parties is merely part of a cycle—the cycle of laicism which eventually leads to communism or some other form of oppressive government—we, the bishops of Puerto Rico, rejoice that the people of Puerto Rico, alert to their well-being, have spontaneously started a movement toward a Christian political party.” Both church and party leaders disclaim the contention that this means that the church is entering politics. 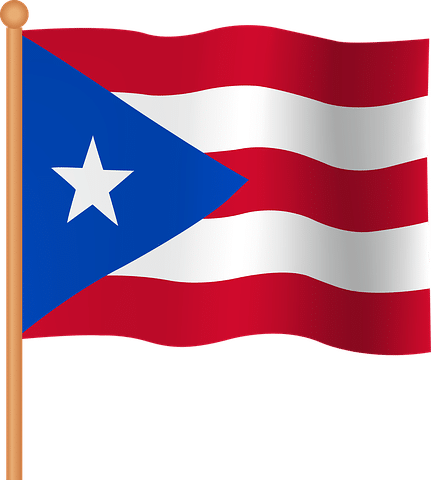 It is clear that this movement is largely inspired by the refusal of present political parties to give distinct advantages to the Roman Catholic church and majority. Yet the call to Christian political action as such should set Protestants everywhere to thinking. A “neutral” attitude to religion, as prevalent in many democracies, is devastating to good government under God. The growing secularization of life, with its intense preoccupation with material gain, demoralizes a nation. Both parties in the United States seem to feel the impact of this, so much so that the leaders frequent1y speak of God and spiritual values. No one, however, has come forward to spell out what these terms really mean. The relation of the Biblical view of life to politics needs much more attention, study and application in our traditionally Protestant lands than it has heretofore received.

FAITH WHICH DOES NOT SAVE

In his series on “The Infallible Bible” in the Reformed Guardian the Rev. A. Petter speaks about the naive and uncritical acceptance of infallibility which is common within the church. In this connection he sounds a much-needed warning against a purely historical faith.

“There have been many members of the church who walked their pathway and faced the end of life without the sense of peace and forgiveness and reconciliation with God, and as to their faith and conscience they approached in anguish and horror the Christless grave and the judgment throne. But their historical faith was firm. They were fully persuaded, they felt no questionings concerning those things that were for their simple and reasonable perception plain to every man in this Bible where God is speaking and is understood by the naive uncritical mind of every moral-rational man.”

Deep concern about the infallibility of Scripture is vital to the church’s life. But the soundest formulations of Christian doctrine are no guarantee of salvation. Also this needs saying today.

THE CLIMATE CHANGES IN ISRAEL

When Israel became independent in 1948, Christians throughout the world claimed that God was fulfilling ancient prophecy and setting the stage for a wholesale conversion of that people to Himself. In a little more than a decade these hopes look somewhat shopworn and tarnished.

In his article on “Young Israelites in Transition,” the free-lance writer Gabriel Gersh analyzes what has t a ken place. Ten years ago the population was composed largely of Jews with Zionist ideals. Now these religious ideals have been markedly weakened, especially among the rising generation.

“If the youth of Israel feel that their bonds with Zionism are weakening, they feel much the same way about their bonds with traditional Judaism. The dispute between the government and the rabbinate and between the secular and the religious parties in the Knesset (Parliament) over the definition of a Jew has dramatized the conflict between two national ideals. The Judaic conception of the Jews as a unique people, who must preserve that uniqueness as fervently today as in the days of the ghetto, makes very little impression on the majority of Israeli youth…”

Here we note a preoccupation with material gains and a strong desire to be recognized not as a religious state but a nation among similar nations.

Whether this will make the inhabitants more or less approachable for the Christian faith is highly debatable. The large number of Christian missionaries and missions in that land seem to have made little impact during the past years. Until now it doesn’t look much like a gathering of Israeli into the Christian church.

Annually the Earl Lectures, held at the Pacific School of Religion in Berkeley, Calif., seek to stimulate Christian leaders with Dew insights. They appear to have been very successful this year, when Dr. O. Hobart Mowrer was invited to speak on “Psychoanalysis and the Judeo-Christian Ethic.” What he said may still be a far cry from what evangelical Christians commonly confess, yet many of his emphases were radical and refreshing in that environment.

According to the report given in Christian Century (March 16, 1960) Dr. Mowrer, who is professor of psychology at the University of Illinois and past president of the American Psychological Association, took sharp issue with Freud and many of his disciples among the clergy.

Among other things, he pleaded for a recovery of belief in the reality of sin as sin, not just a sense of sin. Mental problems find rootage not in what psychologists have deplored as repressions of man’s natural instincts (notably aggression and sex) but from the violation of man’s sociality—his own outraged conscience at something he has done. “Man sickens in mind, soul, and perhaps even in body because of unconfessed and unatoned real guilt.” If Freud were right, so the lecturer continued, then the neurotic would really be a saint.

Dr. Mowrer excoriated psychotherapy for seeming to offer a doctrine of “cheap grace,” free from personal embarrassment, genuine contrition or the necessity for restitution. Although the church must increasingly concern herself with mental illness, it should approach the problem indigenously, not relying on Freudian methods. It must emphasize the solidarity of Christian fellowship and explore more fully the theological concepts of confession and atonement If the mentally disturbed person can see his plight as something for which he also is to blame and about which be can do something, the outlook for recovery is much more promising.

As Reformed Christians we thank God daily for Christian institutions of mercy where mentally afflicted can receive the kind of care they really need. From the doctors there in charge both preachers and people may receive guidance in dealing with this problem which plagues such a large segment of our tense and tumultuous society. Meanwhile we rejoice that others also are recognizing the reality of sin as sin and man’s responsibility for it and many of its serious consequences. There is hope that then they may listen to the gospel of God’s grace. Although “free,” that grace is not “cheap.” It carries the price-tag of the infinite sufferings of the Son of God for a lost and lonely world.