It was ten years ago. I was in the midst of finishing out the year as a long term sub at the local Christian high school. My daughter, a freshman, was one of my students. Some of the other students had been intrigued by the fact that she was comfortable having her mom as a teacher. One day, after class, an upperclassman, a capable young lady, seemed to be taking her time putting her things in her backpack. The room had cleared quickly as it had been the last class of the day and she was the only one there in the room. I began to talk with her casually. Before long, she turned to look me straight in the eye.

“Mrs. Ruff,” she said, “don’t ever buy your daughter a car.” I knew that she drove a new sporty red car and was quite the envy of some of her classmates. She went on to explain that ever since she had gotten her car, her grades had dropped; she was distracted by her new-found social freedom, but also by the job which she now needed to maintain an expensive auto insurance policy.

“Well Jennifer, perhaps you should tell your parents what you are telling me,” I gently suggested.

“Oh no, I can’t do that, because then I would be bored and unhappy and my parents don’t ever want me to be unhappy. They can’t stand to see me unhappy. And if I didn’t have my car I would pout.”

She laughed, knowing the inconsistency of what she had just confessed to me. Jennifer left my classroom that day knowing the solution to the slippery slide which she was on, but not self-motivated enough to act.

During the years which have followed that conversation, I have had much opportunity to interact with my teenage students. The most consistent message which I have heard often comes as a surprise to many parents, Teenagers want their parents to be actively involved in their lives; they want established boundaries which give them a sense of security. Teens may protest rigorously that they are almost adults now and don’t need their parents setting boundaries for them or establishing a climate of discipline for them. They may protest curfews or questions about their activities. They may cringe when you inquire about their work at school or the subject of last night’s youth group discussion. They may even complain that they can’t bring their friends to the house because there are just too many people around and it makes their friends uncomfortable. Their body language and their conversation may say loudly that they do not want you as parents interacting with their friends or their plans. Yet when adults are able to catch them in moments of serious reflection, consistently young people will admit that they are eager for adults to play an active role in helping them grow in self-discipline. The protestations of our teens are in keeping with the words of Hebrews 12:4–9. When God gives us the words of “encouragement…as sons,” there is double recognition in this New Testament quote from Proverbs that discipline is difficult (“…do not lose heart…when he rebukes you”), but that it is also a sign that “the Lord disciplines those he loves.” Also, there follows the matter of fact statement: “Moreover, we have all had human fathers who disciplined us and we respected them for it.” 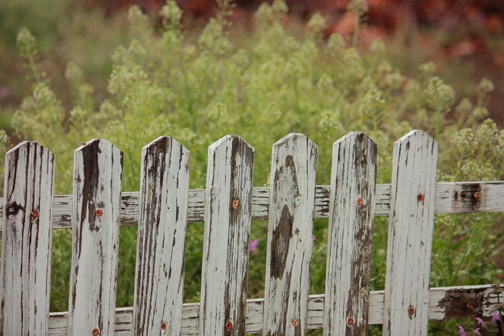 Our own children have consistently had the earliest curfew among their circles of friends. In addition, we expected our children to let us know how and where we could get hold of them if necessary. To some of our children this seemed like an unnecessary burden and frustration. They would vociferously complain that none of their friends had such “unreasonable” curfews — many had none. And they certainly did not have to check in with their parents if plans changed.

Then one Saturday afternoon I received a simple phone call which brought this issue to a sudden halt with my younger daughter. My daughter and her friend Alicia had just left our house to watch our neighbor’s two young boys when my phone rang. The caller identified herself as Alicia’s mom — the perfect mom as far as my daughter was concerned — and we exchanged brief pleasantries. Then in an embarrassed tone of voice the mom inquired about Alicia.

“Do you know where she is?” After I assured her that Alicia was next door babysitting, she continued, “I’m sorry to bother you this way, but last night Alicia told me that she didn’t feel like we really cared very much about her at all because we’ve never made her check in with us when she’s out. She has never had a curfew. You see, we just felt we could trust her and should let her use her own judgment. Please, tell her I called to check on her. I really do want her to know I love her.”

We live in an age which rejects boundaries. Our children are growing up watching many adults who are unable to set boundaries for themselves, who, in fact, openly question the value of living disciplined lives. Authority figures too often will not enforce established rules, fearful that they will be seen as intolerant, or worse yet, be sued. Parents resist establishing rules because it requires considerable self-discipline on their part to faithfully and wisely enforce those rules. Consistency in parenting is, after all, an ultimate test in self-discipline. It is so much easier to insist that the children have received twelve solid years of training and now they need to learn to apply that training on their own. Further, many parents believe that by taking a firm stand on issues on which their children are challenging them, they will “lose” their children.

The truth is, however, that young people who themselves have difficulty establishing appropriate boundaries, are looking to their parents and other adult figures for reassurance that someone does know how to set parameters and enforce them. Teenagers need to see adults who are willing to take a stand, who will establish fair rules and maintain them. Then, should the occasion arise that those teenagers fail to abide by the rules, they need parents who love them unconditionally. Parents demonstrate such love to their children by knowing what the standards are that have been set, understanding clearly the purpose for those standards and wisely following through with them. After all, this is the task which God has privileged us as parents to accomplish.

In attempting to more clearly understand God’s perspective on family relationships, we commonly turn to Ephesians 6:1–4.

Interestingly, only six verses later Paul continues by introducing the subject of the armor of God. “Put on the whole armor of God that you may be able to stand against the wiles of the devil. For we do not wrestle against flesh and blood…Therefore, take up the whole armor of God that you may be able to withstand in the evil day, and having done all, to stand. Stand therefore….” Spiritual warfare surrounds not only us, but our children. It is by our actively participating in their lives, faithfully role modeling for them by our own lives, that they can begin to be grounded in hope. As they observe their parents living in a moral world under the authority of God, responding in obedience to His authority, and being shaped by His principles, the boundaries set by faithful parents begin to make sense to teenagers. By our willingness to base our life choices on the Word of God, we will more and more mirror the character of God before our children. Through observing our active obedience to God we offer them the opportunity to gradually move away from resisting our parental authority to willingly submitting to the authority of their Father in heaven.

Finally, we are reminded in Hebrews 12:1, “Therefore we also, since we are surrounded by so great a cloud of witnesses, let us lay aside every weight, and the sin which so easily ensnares us, and let us run with endurance the race set before us, looking unto jesus, the author and finisher of our faith, who for the joy that was set before Him, endured the cross, despising the shame….” We are called to “stand,” to “run with endurance,” to be mindful of the witnesses which surround us. Our children eagerly watch their parents for assurance that their words are backed by their life choices. Just as we are urged to look to Jesus as our role model in running with endurance and laying aside the sins which ensnare us, so we must continuously direct our children toward the ultimate hope and security which comes from the race which Christ ran, and has won. He was given specific tasks to accomplish by His Father. He was submissive and obedient. He persevered to the end with the great triumph that He is now at the right hand of the throne of God.

Cornelia Ruth Ruff was born on the mission field in Eritrea, Ethiopia, where her parents served as missionaries for the Orthodox Presbyterian Church. She was raised in the state of Maine, where her parents were used to start over a dozen churches. She received her BA in English from Covenant College in 1970, where she met her husband of 26 years, Lewis. Cornelia has taught in Christian high schools for over 10 years, most of them at Valley Christian High School in Dublin, California, where she presently serves as head of the Social Studies Department and teacher of American History and World History. She and her husband moved to Northern California in 1988 to start Canyon Creek Presbyterian Church, a new congregation of the Presbyterian Church in America (PCA). Lewis, a graduate of Covenant College and Westminster Theological Seminary in Philadelphia, presently serves as the Regional Coordinator for PCA church planting in the 13 western US states. The Ruffs have 4 children, aged 17, 19, 21 and 23.