Key Verse: “For to this you were called, because Christ also suffered for us, leaving us an example, that you should follow His steps…” I Peter 2:21 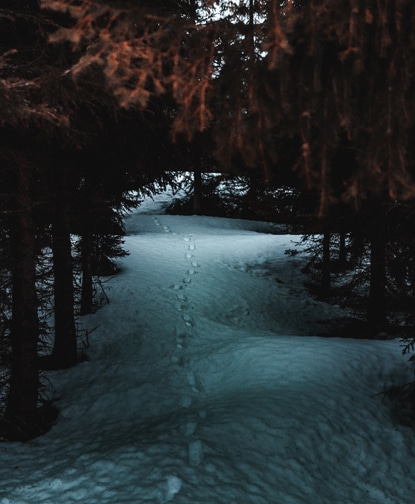 Peter has exhorted Christian citizens and household slaves to submit to those in authority over them (2:13–20). Christian submission silences critics and fools alike; patient endurance in the face of injustice obtains divine approval.

Before turning to the husband-wife relationship, he provides a general admonition to all believers in common.

The motto “Christ suffered for us” is characteristic of this entire epistle, and serves repeatedly as the motivation for Christian conduct (see 3:18 and 4:1). Christ’s example of suffering serves here to encourage believers undergoing persecution and abuse from those over them.

We should not be afraid to speak of Christ as our “example,” even though this teaching has been abused by those who reduce the role of Christ to that of a moral example. As long as we view Him and His example the same way that the Bible does, we will avoid a mistaken application of this teaching. Calvin reminds us that although Christ raised the dead and restored sight to the blind, “if we try to imitate Him in these things, it would be absurd, for when He gave these evidences of His power it was not His purpose that we should imitate Him this way.” By exercising right judgment, Calvin continues, we will understand that Peter here refers us to Christ’s example of suffering injustice at the hands of wicked men. (Questions 1 and 2)

Christ’s suffering has two aspects: His active obedience, which provides a powerful impulse to believers called to suffer; and His passive obedience, reflecting His unique place as the Substitute who took upon Himself God’s wrath and the penalty of our sin.

The kind of example that Christ left behind is indicated by the peculiar word Peter uses here. This “example” is like the alphabet letters a teacher draws on a paper, to be copied or traced by the young student. When Christ ascended to heaven He left behind this kind of “sample” to be copied over and over by His followers, as believers place their feet in His footprints. His footpath went in the direction of self-denial and obedience. Step by step His followers must walk after Him, staying close to the trail blazed by their Guide and Pioneer.

The pathway of Christ led to a cross. This direction, which is also the pattern for us, is indicated clearly by the Old Testament prophet Isaiah (v. 22), by an example from Christ’s suffering (v. 23), and by a reference to the crucifixion itself (v. 24).

Isaiah had spoken about someone who had committed no sin, in whose mouth was no guile. This was the style of Christ Himself, who suffered in pure innocence, unlike any of us whose sin is pervasively evident. “There is therefore no reason why anyone of us should refuse to suffer after His example, since no one is so conscious of having acted rightly, that he does not labour under some sin” (Calvin). None of us can appeal to moral innocence as a reason to escape unjust suffering.

The example of Christ’s suffering is described secondly in terms of His conduct during His trial and crucifixion. When people reviled and mocked Him, He did not revile in return.

Why does Peter select precisely this feature of Christ’s suffering to hold before us as an example? Probably because he bad just been writing about Christian slaves who worked frequently under a barrage of insults and threats. Instead of returning insults, Christ surrendered Himself completely to the Righteous Judge, His heavenly Father. This was His “reaction” to the unrighteousness of Pilate, the soldiers and others. Similarly, by entrusting ourselves to the Righteous Judge, we have no further need of revenge (Rom. 12:17–21). The ungodly may go unpunished for a time, but this is no reason for believers to fear or to reply in kind. Anyone who seeks vengeance intrudes into what belongs to God and fails to allow Him to perform His office as judge (Calvin). (Questions 3 and 4)

The third aspect of Christ’s exemplary suffering is His atonement on the cross. Notice Peter’s picturesque language: Christ bore our sins on the tree. Far from being a helpless victim, Christ actively loaded our sins upon Himself and carried them to this cross. In the Old Testament the LORD required that a criminal be hung on a pole, pinned to hang there until sundown (Deut. 21:22–23). So it happened to Christ.

Now that the sin-bearing-Christ has been nailed to the cross, believers are no longer fastened to their wicked past. The “old man” has been crucified with Christ (Rom. 6:5–11); the former life of sin has ended, and the new life of obedience has begun.

Peter speaks in this connection of being healed by Christ’s stripes. This brings to mind the beatings Christian slaves might have endured, bleeding and wounded by their masters’ brutality. Peter wraps their wounds with those of Christ, as it were. Now that their (and our) sins have been nailed to the tree, we can leave them behind and live in the righteousness of self-denial.

Peter employs another metaphor from Isaiah 53, this one from verse 6: “All we like sheep have gone astray; we have turned, every one, to his own way.” With regard to the sheep he emphasizes their wandering astray. With regard to the Shepherd he stresses His patient search for, and return of, the lost sheep.

Because this Shepherd is at the same time the Overseer, He keeps the flock together. These two activities of pasturing and overseeing Peter later assigns to the church’s elders: “Shepherd the flock of God which is among you, serving as overseers, not by compulsion but willingly, not for dishonest gain but eagerly” (1 Pet. 5:2). Through the ministry of elders the chief Shepherd cares for and protects His Father’s flock.

Clearly the apostle wishes to encourage his readers both to submit cheerfully and to suffer patiently. What better example to set before them than their Savior, Jesus Christ? Believers are called to suffer injustice as they walk in Christ’s footsteps. Ponder personally where in your life you can suffer injustice as He did, with the same selfless patience and trustful surrender, leaving vengeance in the heavenly Father’s hands. We must do this—that is our calling. We can do this—that is our comfort!

2. Mention some other features of Christ’s person and work that we cannot imitate. Can we ever really suffer as Christ suffered? Why (not)?

4. Explain how it benefits believers that they don’t have to seek revenge, but can surrender themselves and their situations to God for judgment. How would society benefit if everybody lived this way?