Key Verse: “But you are a chosen generation, a royal priesthood, a holy nation, His own special people, that you may proclaim the praises of Him who called you out of darkness into His marvelous light;…” I Peter 2:9

A mosaic of metaphors

Christ’s church, we have been learning, is a pilgrim people, born unto a living hope that leads to a holy lifestyle. God’s very own holiness radiates through His people’s holiness.

In this lesson we meet a passage of Scripture whose rich and complex imagery roots deeply in Old Testament history and prophecy. Three metaphors or mental pictures instruct us about the character and calling of God’s pilgrim people: (1) they are children who need to grow (vv. 1–3); (2) they are a spiritual house in which as spiritual priests they offer spiritual sacrifices (vv. 4–8); and (3) they are a special people called to missionary labor (vv. 9–10).

The first metaphor is one of removing a garment, as if preparing to sit down to eat. Peter’s “laying aside” is parallel to Paul’s “put off” both speak of a definitive disrobing.

Five kinds of sinful attitudes and practices must be abandoned: all kinds of malice (desire to hurt another person) and deceit (desire to trick another person), pretense and jealousy, and all sins of the tongue. These all belong to the old way of life, and have no place in the congregation and in the Christian life.

The main verb of these verses indicates the positive duty: “desire the pure milk of the word.” Peter uses a word here that points to a baby’s craving for milk. Babies crave milk as if their lives depend on the next feeding. Recall that in verses 3 and 23 of chapter 1, Peter had spoken of God who had begotten His people through His Word. It is this same Word—pure and spiritual milk—that feeds and nourishes His children. (Question 1) 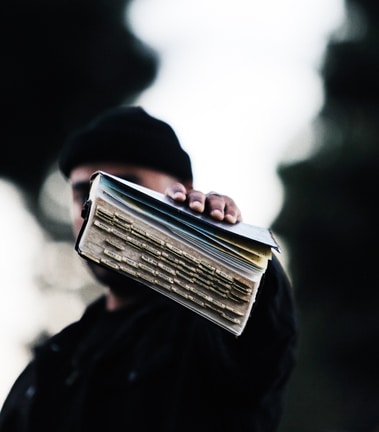 The goal of all nourishment is growth. Peter emphasizes that, in a certain sense, believers are responsible for their own spiritual growth. Although it is true that God’s grace is sovereign and that the Holy Spirit works growth in ways that are hidden from view, still believers must crave to be fed and feed themselves upon God’s Word.

Alluding to Psalm 34:8, Peter teaches us that our taste for God’s Word arises when we have tasted God Himself to be good (v. 3; literally, “even as you have [already] tasted that the Lord is good”). All Bible study and preaching simultaneously depends upon and aims at this tasting of God Himself and of His goodness.

Once again we see how useful a literally accurate translation can be. The heart of verses 4–5 describes a state of affairs (“you are being built up a spiritual house”). This process of construction occurs as believers approach Jesus Christ, who in turn is described as a living stone, a stone rejected, yet chosen and precious.

The metaphor comes from the world of architecture and construction. Ancient masons searched carefully for just the right stone to begin a wall, to serve as a foundation upon which the entire building could rest.

Notice how Peter again employs a contrast between negative and positive, ending with the positive to emphasize its superiority. Men rejected Jesus Christ to serve as such a stone; in their eyes, He had no form or comeliness, no beauty that they should desire Him (Isa. 53:2). But God chose exactly this Stone and laid Him carefully in place as the foundation of His new house. Christ’s rejection by men and election by God was a repeated theme of Peter’s preaching (see Acts 2:23–24, 36; 3:13–15; 4:10–11; 10:39–40).

Coming to Christ as the Living Stone implies that we follow God’s selection of Him as the Cornerstone. Anyone who does this becomes himself a living stone, whom God fits into the spiritual house He is building (v. 5). God is building this spiritual house for Himself, as His own dwelling. Inside there is business going on: a spiritual priesthood is at work offering spiritual sacrifices.

With the passing away of the old covenant rituals, New Testament sacrifices coincide with living for God. These include the sacrifices of praise, mercy and gratitude. The final Lamb has been slaughtered, and His coming again to life ensures the continuing effectiveness of His offering in cleansing the offerings of His people, making them acceptable to God. (Question 2)

In verses 6–8 Peter moves to another contrast, this one between faith and disobedience, both of which are intimately related to Christ-the-Chief-Cornerstone.

God sets His select and precious Cornerstone in Zion. As valuable as Christ is to God, so valuable is everyone who in faith builds upon Him (v. 7; literally, “Therefore to you who believe belongs the honor”). The value of the Bearing Stone extends to all the stones resting on Him.

In contrast to believers, the disobedient experience a surprising reversal: the Stone they rejected has been made the chief cornerstone and has become a stone over which they stumble and fall. On the one hand, their stumbling is due to their disobedience; on the other hand, this stumbling is also the end to which disobedient people were destined. It is as if God laid His select Stone at the corner in order to build upon Him. But He also laid this Stone in the pathway of those who would manifest their rejection. As history moves forward, some are united to the Chief Cornerstone, Jesus Christ, others stumble over Him. Both responses occur within God’s counsel and foreknowledge.

What a privilege it is for the congregation to be God’s house, God’s holy people in a hostile world. To describe this privilege Peter uses four titles of honor in verses 9–10, titles given by God Himself to His people (Ex. 19:6; Isa. 43:20b–21). These titles had been given or promised to Israel in connection with a new beginning, namely, Sinai and her return from captivity.

The church is a chosen generation. With as much care as He used in selecting His Chief Cornerstone, God selected and brought together believers, children of one Father. Just as Israel was brought from nothing to being God’s people by His electing love, so too the church.

Third. the church is a holy nation, God’s own possession, set apart, differentiated from all other people: holy. Holiness is the result of election.

Finally, believers together are called God’s own special people. As Owner, God bestowed upon Israel, and now bestows upon the church, special covenantal and redemptive privileges. (Question 3)

These privileges obligate her, in turn, to proclaim among men the praises of the God who calls believers out of darkness into His marvelous light. The church’s identity provides her with incentive to spread the gospel. Nowhere is darkness more discernible than in the light; nowhere is death more visible than in the presence of life.

Taken together, these titles are God’s calling card in the world. As His holy nation the church is living demonstration of what God’s mercy accomplishes. As a royal priesthood the church offers her living sacrifices to God before a watching world.

But these titles of honor given to the church are not realities that can be taken for granted. Israel learned that lesson the hard way, as Hosea testifies (v. 10). Bearing names like “No Mercy” and “Not My People,” Hosea’s children were walking sermons of God’s judgment upon a people who presumed His favor and of His mercy toward a penitent people. God’s people, the church of Jesus Christ, exist by virtue of His gracious mercy, shown personally and completely in Jesus Christ our Lord.

Now that you’ve studied the passage, look again at these metaphors to see how they relate to each other, to see their respective orientations or image-fields.

The picture of children craving food for spiritual growth characterizes believers’ intimate dependence upon Father for a well-nourished and developing faith-life. Eating and growing are basic to pilgrim survival and spiritual service.

The second metaphor depicts the congregation’s business before a watching world: united to Christ, the priesthood ministers spiritual sacrifices of loving obedience. Pilgrims nourished in the Lord and His Word put their faith to work, in deeds of mercy and gratitude. The third portrait is the broadest of all: a set apart people devoted to proclaiming the excellencies of their God and Lord to those still in darkness.

Like the ripples created by a stone thrown into a quiet pond, these metaphors extend circle by circle, moving from union with Christ to congregational service to worldwide mission. All three belong together and in this order, much like root, stem and flower. (Question 4)

1. Study 1 Corinthians 3:1–3 and Hebrews 5:12–14. Why is the contrast between “milk” and “solid food” in these passages a negative one? According to 1 Peter 2:2, why should Christians continue in desiring the pure milk of the Word?

2. Look up the following passages and identify sacrifices that Christians are called to offer:

Identify several privileges that God bestowed upon Israel which He now bestows upon the church. Why is it unbiblical to view the church as a “voluntary” organization or as a democracy?

4. “All three [metaphors] belong together and in this order, much like root, stem and flower.” Try to explain why this is true.