You’re on your way to make an elder’s visit with a young man who was in your Sunday School class ten years ago. He was a bit of a discipline problem then, but you always were able to talk honestly with him. You warned him a couple of months ago about dating that girl who, he admitted, wasn’t a Christian. But he didn’t listen. Now she’s pregnant. And you’re the elder “on the bubble.”

On the way in the car, you wonder about many things. “What am I doing here? What will I say? What approach should I take? Why bother? What’s the use? What purpose does this visit have, now that the damage is already done?”

Throughout many years of writing, I have claimed that the work the Bible assigns to elders (and deacons, in another way) is primarily pastoral in character. I have taken the weight of my argument from Acts 20:17ff and from I Peter 5. In both of these places, Scripture calls elders “pastors” (“shepherds”), and assigns to them the care of the flock, the sheep of God’s fold. I’ve compared that shepherding model with the “administrative” character of the office as it is widely understood and practiced these days.

Whenever I’ve had opportunity to work with new elders and have opened Scripture to reveal this pastoral model for the office of elder, I meet with wide eyes and panic-stricken expressions. It’s one thing to be elected to a board that meets the first and third Monday of the month for a couple of hours. It’s quite another thing to be expected to give pastoral care to a group of believers who aren’t much different than yourself.

The only way an elder can keep his bearings is to keep his mind on his assigned purpose. Why must he do this work?

I’ve run across elders with a variety of approaches to this issue-some conscious, others subconsciously assumed. You may be quick to identify some people you work with (even yourself?) in these general descriptions, but please remember, I intend them only as generalizations for discussion purposes.

The “Dots and Crosses” Man

Inevitably, all who serve in Christ’s church will run across an elder who is consumed with details. He is the one that is often assigned to be clerk of records because he’s very fussy about “dotting the ‘i’s and crossing the ‘t’s’” of membership records. When the eldership deals with a difficult pastoral case, he’ll be the one who wonders aloud what formal step of discipline you are up to. In the example above, he’ll be the elder who will view his purpose as that of explaining the church’s “policy” regarding public sins. His intentions are honorable. He’s not “cold”; he just wants to make sure things are done properly“decently and in good order.”

The Law and Order Man

There’s another character-type of elder in many churches today. He’s the hard-nosed disciplinarian, more evident some years back, but still around (although much less vocal these days). His approach is simple: the elders are charged with preserving both the faith and the faithful. Since the devil tries to undermine both doctrine and lifestyle, the only defense against him is a frontal attack. This type of elder willingly goes on the tough calls, the calls to rebuke members who are living in sin, the confrontational visits. His approach to the young man in the example above would be simple: you sinned, you must confess your sin and find forgiveness. Period. He’s not unloving, but he is tough. He believes love must be tough because sin is.

Another character-type often seen in the eldership is the sympathizer. His name comes from his remarkable ability to identify emotionally with the church member he is dealing with. If he’s visiting someone suffering from depression, he is very sensitive to all the depressing details of the individual’s life, and can understand why he or she is suffering. If he’s dealing with an adulterer, the sympathizer will be most sensitive to the troubles at home that drove the man or woman out to look for support in the arms of another. In the example above, the sympathizer will be most understanding of the temptations young people face these days, and will feel the hurts that kids feel when they are scorned by relatives and friends because of an unwanted pregnancy. This elder isn’t soft on sin, but seems obligated to focus on the sinner’s hurts. He genuinely understands and feels for the circumstances of the people caught up in the problems of life.

“Okay,” you say, “I’ve seen these character-types at work in the life of the church. Sometimes they run true to form; at other times they seem to be amalgams, with several different characteristics exhibited in one man. But what’s your point?

The point is that too often in the work of elders the principle question asked is the question of approach. You are sent to visit the young man in our example, and all you can think of is: “How should I approach him? What should I say? Should I be tough, or will that drive him out of the church? Should I be tender and compassionate, or will that be soft on sin? Should I be concerned about proper procedures, or will that look cold?”

Good questions, all! All represent legitimate concerns! It’s appropriate to be concerned about proper procedure. It’s good to face up to sin firmly. It’s important to be sensitive and understanding. And it’s hard to know how to pastor with a proper balance of all three. But before you can answer the question of approach, you must face up to the question of purpose. Unless you are clear on your purpose as an elder, the secondary questions will frustrate you immeasurably.

The Purpose: Equipping for Service

Scripture is clear on the matter of pastoral purpose, even though many elders I have known aren’t. The Bible says: “And He Himself (Christ) gave some to be apostles, some prophets, some evangelists, and some pastors and teachers, for the equipping of the saints for the work of ministry, for the edifying of the body of Christ…”(Ephesians 4:11–12 NKJV). 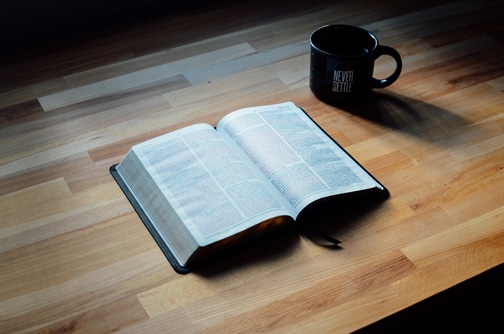 This important passage is often brought up to remove (rightly) the wall of separation between clergy and laymen, reminding us that all believers are to be “ministers” of God. That’s valid. But what is often overlooked in the verse is that the word “pastors” here is the same word used to describe “elders” in Acts 20 and I Peter 5! It is not only seminary-trained “clergymen” who are to equip the saints for their service to God. It is the work of all the elders! I’ll go so far as to identify this as the purpose of elderpastoring: to care for God’s people so that they are equipped to serve their Lord and minister to one another.

The purpose of an elder is never only to deal with an immediate problem, to come down hard on a specific sin, to lend a listening ear during a difficult time. The purpose is always greater than the immedi ate. It always includes the call to stimulate, encourage, or restore the brother or sister to positive and active service for Christ in his or her life! If the long-term purpose is hindered by a persistent sin, the elder must bring a stern rebuke followed by repeated calls to “check-up” on progress. If someone’s service to Christ and others is frustrated by loneliness, it will require a sensitive and listening ear wedded to the firm assurance of unfailing Christian love. That, in turn, will be evidenced through frequent visits. If, as in our earlier example, a young man’s lifelong service to Christ is jeopardized by unwise and sinful behavior resulting in an unplanned pregnancy, the elders must not see only the growing abdomen and the broken commandment. The brother (and his wife, hopefully) must be restored to the loving service/ministry of Christ. That restoration must involve repentance and forgiveness, of course.

But it also demands acceptance by the body of believers who too often sit in harsh judgment, clucking tongues at this “immoral generation.” The elders must defend and protect and encourage the young couple with a special kind of love, assuring them of God’s forgiveness, of their welcome place among the forgiven church, and of the important work they must do for the Lord in their lives, starting with the nurture of their little one. In short, the elder becomes the living evidence of the forgiveness and love of the Savior, stubbornly refusing to throw a young couple on the trash heap of history because of one moment of passionate sin.

A Focus on Purpose Avoids Other Problems

Keeping the bigger purpose (the long-range goal) in mind saves the elders a lot of grief. In the first place, if you remember that the purpose is restoration and equipping unto service, you’ll view God’s people more lovingly. You’ll avoid viewing each member as a “problem” to be handled, and see them instead as one of the precious sheep of the Good Shepherd who has a special purpose for them.

Second, all your concerns about “approach” will be greatly simplified when you remember that the work of a pastoral elder is not a one-shot deal, but an ongoing process of loving care. Long-term care involves many approaches, ranging from stern rebuke to an emotional embrace, from stubborn arguing to patient listening, and some of these all at the same time! It is much like parenting: It requires hugs, scoldings, kisses, and spankings, and in no particular order.

And third, keeping your purpose in mind keeps you on task. You will avoid the frustrating analyses about approach: “dots and crosses,” “law and order,” “sensitive or soft.” Instead, you’ll maintain perspective: first, where are we now, in this situation? Then, where must we aim, to be restored to Christ and His service fully? Then only the question that remains is: How can I help these people get there? If you think of elder’s work in these categories and in this order of sequence, you’ll experience a sense of accomplishment and a genuine pastoral heart that will bring you great joy and blessing.

Dr. John R. Sittema is a minister in the Christian Reformed Church in Dallas, Texas. He has authored a book entitled: With a Shepherd’s Heart. His email address is: jsittema@flash.net. This article is used by permission from World Reformed Fellowship whose web site is: www.WRFnet.org