Pottery-making is one of the oldest human crafts, one which has remained basically unchanged in procedure throughout the centuries. The potter takes soft clay which will yield to his molding and “throws” it on a wheel which he can turn by means of a foot pedal. Slowly and carefully he pushes here and presses there to mold the clay into a pot, a jug, a pitcher, a vase — some beautiful and serviceable vessel. Sometimes the clay hardens before the vessel has been perfected into a thing of beauty. The potter then has no choice but to discard it. And centuries ago, in Biblical times, such vessels were thrown into the “potter’s field.”

Biblical writers such as Isaiah, Jeremiah, Paul and the apostle John, under the inspiration of the Holy Spirit, picked up this figure of the potter and the clay to depict God’s dealings with men. Together they show how God molds men into  “vessels of honor,” but also how those who “harden” their hearts are thrown out by Him in judgment.

At times we see before our eyes a hardening process taking place in children who more and more refuse to walk in the faith of their fathers. We are sometimes surprised because these children seemed to have consistently Christian and loving homes. At other times we can understand why children have reacted to parental guidance and example as they have.

In God’s family plan, He assigned to all parents the task of potter — the children being the clay, and the circumstances of life, the wheel. For molding these children, He gives instructions in His holy Word.

This verse plainly teaches that parent “potters” can cause their children to harden. This can be done by a parent’s personal conduct or by the method of training used. Let’s look at some of the practical things which can cause children to harden their hearts against their parents, and ultimately against the Lord.

Parents can cause hardening in their children by their personal conduct. This may be occasioned by having a divided home. Mother will have one standard, while father has another. Or one parent may have a clear set of values while the other has little or none. In children, the result is confusion, loss of respect for either or both parents, and in many cases, rebellion both at home and in society.

to God’s word, dig out the principles and Biblical examples which apply to the home, pray for spiritual strength, and then enforce those principles. Does this seem hard? It is far less difficult than handling mouthy and rebellious children, and far more rewarding for you and them, both now and in the life to come.

Do you doubt this? Try it and see.

Parents can also harden their children by demanding from them what they do not do themselves. We may demand honesty from our children but turn back the mileage dial on our car for a better resale value. A little thing, you say? Not in a child’s sight (nor in God’s). It speaks volumes. We may insist on discriminate television watching for them, but fill our minds with the lust and violence depicted on the screen when we think they are asleep. We may be eager that they keep their speech clean especially in the hearing of the outside world, but let our own tongues run loosely at home. Remember — what is practiced in secret at home will be proclaimed publicly from the rooftops. We may warn our children to share with others but turn deaf ears ourselves to pleas for charity. We may want them to give of their first-fruits to the Lord, but then we complain about the budget. the offerings and the Christian school tuition. We may want them to be regular in church attendance, but be fair weather church attenders ourselves. Old sayings go like this: “A stream rises no higher than its source”; or, “An apple does not fall far from the tree.” Parents — “listen up.” Children will do what you do far more quickly than what you say. 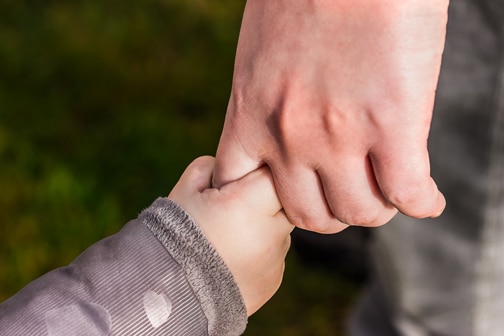 Parents can also cause children to harden by playing favorites. Remember Isaac and Rebekah; remember Jacob and his sons. Psychoanalysts tell us that next to milk, the greatest need of children is for love. Startling reports have come from experiments comparing babies who received love, with those who were simply left to grow. When parents play favorites because one child is more beautiful or more talented or more loveable than another, or because one of the children was adopted, the “inferior” child begins to feel threatened. He or she becomes insecure and suspicious. The platform for any true spiritual training is either reduced, or perhaps even removed.

Parents can also harden their children by either belittling them or discussing their faults with others. Both of these patterns of behavior are inexcusable except in private and confidential conversations where parents are seeking help from a dear friend or someone professionally equipped to give assistance.

“Exasperating children” can take many forms. Join us next month as we look at rules and punishments.