Many members of the Christian Reformed Church (CRC), especially in Canada, have family roots in the Netherlands and may even have been born in “the old country.” They take a continuing interest in our churches in the Netherlands. even though the news regarding those churches in recent years is mainly disappointing. Those who visit the old country usually come back expressing dissatisfaction with the worship services they attended, and some say openly that if they ever returned to the Netherlands to live, they could not in good conscience be members of our churches over there. 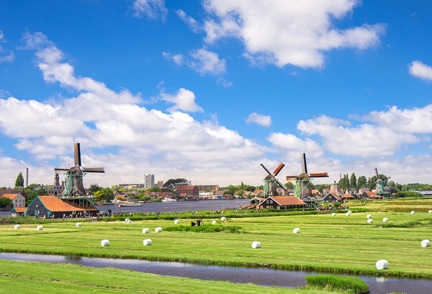 The members of our church community who do not travel to the Netherlands also have occasion to hear from our churches over there: every summer, in June, an official delegate from those churches addresses our synod. Often the fraternal word spoken at synod is so out of keeping with what we believe that we are left wondering why we still keep up the close contact with the Dutch churches.

The criticism and disappointment is a two-way street, of course. When relatives of mine visit North America. they find the Christian Reformed churches here rather old-fashioned and behind the times. And they are surprised to see the works of Abraham Kuyper and Herman Bavinck lined up neatly on my shelves. The older ones, who still recognize these names, may then say, “But nobody in the Netherlands reads Bavinck and Kuyper anymore.”

This claim is not correct, strictly speaking. It may well be that interest in Bavinck and Kuyper has declined greatly in our churches in the old country, but there are still plenty of Reformed believers in our homeland who take these two theological giants seriously and continue to read their works and discuss their ideas. What my relatives seem to forget is that “our churches in the Netherlands” do not make up the totality of the Reformed world there. Since 1944, many of our people in the old country have ceased to belong to “our churches in the Netherlands.” They are now members of what we usualIy call the “liberated” Reformed Churches, or perhaps the “Article 31 Churches.”

The anniversary of the church union of 1892 has become an occasion for us to consider whether there is any legitimate reason to prolong our separate existence. Under the spansorship of the Burlington Reformed Study Centre, three successive Thursday evenings were recently devoted to this theme. About a thousand people came each evening to the Redeemer College auditorium to sing together, listen to speakers who addressed va rious aspects of the current situation and raise questions.

Another recent development is the appeal being made by Rev. Richard Wynia, pastor of the Maranatha CRC in Calgary. Rev. Wynia is asking CRCs and congregations made up of former CRC members to reconsider what we (i.e. the CRC community, acting through our successive synods) did in response to the upheaval in our churches in the Netherlands that took place in 1944. It is hoped that by the fiftieth anniversary of the 1944 split, some progress will have been made toward healing the breach.

Rev. Wynia’s appeal is contained in a book entitled Seeking Our Brothers in the Light: A Plea for Reformed Ecumenicity. (The book is available from Inheritance Publications, Box 154, Neerlandia, AB, TOG 1RO, or 8085 Kraft Avenue SE, Caledonia, MI,49316.) I played a role in making this appeal possible by contributing a brief commentary on the events of 1944 and by writing a chapter on what the CRC did do—and did not do—in response to 1944 (see pp. 19–71). If you study the material in the book, you will soon see that a major sticking point between these two church communities was the question of “our churches in the Netherlands.” As we rethink this matter today, it is important to realize that the Reformed Churches in the Netherlands (or GKN, which is the abbreviation for the Dutch name) are not the sister-churches of the CRC. They enjoyed this status until 1974, but in that year the CRC changed its system of relating to other churches and dropped the sister-church category. At that point the GKN became a church Win ecclesiastical fellowship-with the CRe. There are two other such bodies in the Netherlands. But the “liberated” Reformed churches is not one of them.

The “liberated” churches have always insisted that the CRC’s close relationship with the GKN was a barrier to fellowship. Those churches maintain that the GKN erred grievously in the way it treated Professor Klaas Schilder and many other office-bearers in 1944. I can remember a time when some people used to defend what the GKN had done back in 1944, but today virtually everyone who is acquainted with the facts expresses regret. The GKN itself, at its 1988 synod, passed a statement of regret over its actions of 1944. (On the content of the statement, see Rudolf Van Reest, Schilder’s Struggle for the Unity of the Church, pp. 401–2).

Now, the CRC did not depose Schilder and company but it did lend its approval to the actions of the GKN. Thereby it chose for the GKN as “our churches in the Netherlands.” One eventual result of this hasty and considered decision was the formation of the Canadian Reformed Churches as a separate body on the North American continent. (There are also a few congregations in the United States which are known locally was “American Reformed.”)

The Wynia appeal is timely and much needed in those parts of Canada where Canadian Reformed and CRC people and congregations exist side by side. But in various parts of the USA where there are many CRCs, there is no Canadian Reformed church anywhere around. In such communities the appeal is of less relevance and potential value, of course. But for the benefit of CRC people who live in such areas. I want to point to another theme in the Wynia appeal and in the book Seeking Our Brothers in the Light , namely. the question of church order differences. Part of the reason why the Schilder case is so widely regarded today as a miscarriage of justice is that it involved a synod assuming authority that it did not really possess, namely, to act as a sort of managing board for the church as a whole. The deposition of Schilder was contrary to the church order. But at the time, it seemed to many to be the right action to take, and if the church order then in effect did not permit that sort of thing, it ought to be changed. And so it was changed. After the Schilder affair, the GKN moved in the direction of more authority and central control being assigned to broader assemblies. Hence part of the standard criticism of the GKN that one W hears from members of “liberated” churches is that it has become hierarchical (like the Roman Catholic Church) and even “synodocratic” (a term Schilder himself used).

Now. we have been moving in the same direction in the CRC, and in the current church struggle we see that many CRC office-bearers also wish to use classes and the general synod as managing boards that deal with issues in local congregations and even depose office-bearers. The Wynia appeal is also a plea that we reconsider the church order principles and practices that we have introduced in recent decades and go back to the church order principles of Abraham Kuyper. which he articulated as part of his defense of the secession movement of 1886 known as the Doleantie. The Wynia appeal is not just a matter of urging churches in the CRC tradition to speak a kindly word to some other Reformed churches that we have ignored for many years: it is also intended to open a dialogue with them on church order. And if we can be agreed on general principles of church order, we should investigate carefully whether there are any formal doctrinal differences between the two traditions. If the answer turns out to be no, would there be any reason for the two traditions not to seek union?

Reformed Church of the Netherlands