“Tradition. Without our traditions, our lives would be as shaky as . . . as a fiddler on the roof.” So said Tevye, the father of five daughters, in the 1964 musical Fiddler on the Roof, about his attempts to maintain his Jewish religious and cultural traditions as outside influences encroach upon the family’s lives.

What is orthodusty? It is when the vitality of the faith, the people, and the church becomes fossilized. Jaroslav Pelikan, scholar of church history at Yale University, put it well when he said, “Tradition is the living faith of the dead. Traditionalism is the dead faith of the living.” Hence, orthodoxy can shift over time into orthodusty. 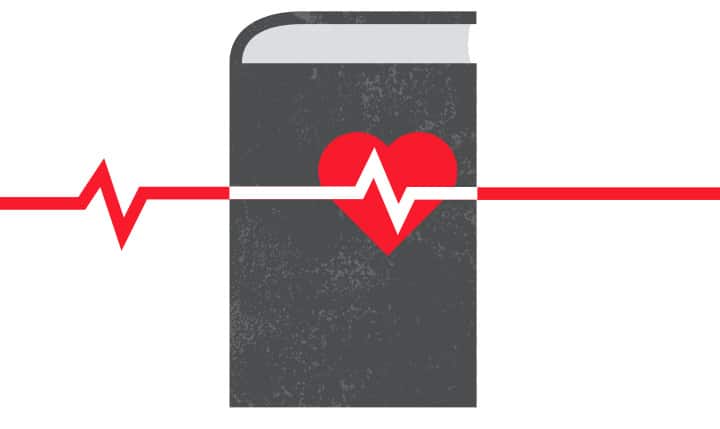 I am not saying that we as Reformed Christians are not spiritually minded or faithful. I believe the piety of our people, especially the older generation, is deep and exemplary. Nor do I mean that the URCNA is becoming liberal, as in having forsaken the faith. Our commitment to the confessions is strong. Furthermore, I do not mean that we should dispense with or denigrate our traditions. Tradition is indispensable and unavoidable. Even contemporary groups and spontaneous churches have traditions. Their traditions are contemporary and spontaneous, but they are traditions nonetheless.

Rather, I maintain that in far too many cases our orthodoxy is in our forms. As long as it’s “the way we’ve always done it,” then all is good; everything looks right. Danger ahead! Christianity is a religion of faith, not forms.

Thom Rainer in Autopsy of a Deceased Church1 lists symptoms of orthodusty. One symptoms chapter is titled “The Past As Hero.” In this chapter Rainer says, “The most pervasive and common thread of our autopsies was that the deceased churches lived for a long time with the past as hero . . . they were fighting for the past. The good old days. The way it used to be. The way we want it today.” In my estimation, far too many suffer from this symptom.

While this evidence is anecdotal, it is no less true.

I recall once during a song service in one of our most conservative churches enjoying the youth group singing psalms from the Blue Psalter but with guitars. You could’ve heard a pin drop (not a commendation) until one of the more conservative members blurted out, “There goes the church!” I wonder what his reaction would’ve been upon hearing Psalm 150 in Israel’s worship, “Praise him with trumpet, lute, harp, tambourine and dance (Oops! Happy feet. After all, we don’t dance.), strings, pipe, loud clashing cymbals.” I wonder what the reaction would’ve been to us here in New York City when we began. We had no organist or pianist. We used an amplified acoustic guitar, or often times only a flute or violin to accompany, and we transposed the Psalter tunes each week. With no previous exposure to the Psalter, the congregation nevertheless sang with enthusiasm, and it was beautiful.

Or another anecdote is the way people revere two services on the Lord’s day as if it was the sole barometer of orthodoxy crying the all too familiar complaint, “Once-ers become none-cers.” I think two services have served the Church well over centuries. It has been a central means of preserving the faith from one generation to the next. But when it becomes the sine qua non of orthodoxy then we have fossilized. As pastor of a fledgling church plant, I traveled the country seeking support and often the first question I was asked was, “Do you have two services?” My response? “I’m trying to get people to come to one!”

A few synods ago, a church seeking entry into the URCNA struggled with some of our church order requirements, one of which was two services on the Lord’s day. Not only as new believers were they unused to two set services, but also they would have to rent two different locations at additional expense to them. In trying to comply, they found it difficult in many ways. Although they were trying, nothing was “good enough.” Sensing orthodusty in the air, they waved good-bye to the URCNA.

Must every church be a carbon copy? Is there no room for honest attempts which show progress, albeit slowly, or are only clones allowed into the URCNA? In order to be considered orthodox we all must look alike in practice. Why? Because that’s the way to do it right. This attitude is neither charitable nor missional.

The way to do it right is having the ability and capacity to meet people where they are and lead them to the place Christ wants them to be. This takes infinite patience and wisdom. But if we cannot do it, then we are destined to orthodusty. I believe we can and will do better. To that end I write, hope, pray, and labor.

Another chapter in Rainer’s book is “The Church Refused to Look Like the Community.” In the good old days the church was a part of the community. Then the community began to change and the members moved to another part of town. “They were willing to drive into the community where they once lived because it was after all, their church . . . there was almost never any effort to go into the community. And no one ever mentioned the possibility of a willingness to turn over the leadership of the church to the residents of the community . . . After all, it was their church.” I have seen this onze kerk (our church) mindset too often and in too many communities where our churches are located. Rainer continues, “Vibrant and living churches look after the interests of others. They are concerned for their communities . . . but dying churches are concerned with self-preservation. They are concerned with a certain way of doing church(read, “we’ve always done it this way”).They are all about self.”Let him who has ears to hear, listen.

In the chapter titled “The Great Commission Becomes the Great Omission,” Ranier states, “Members of the dying church weren’t willing to go into the community to reach and minister to people. They weren’t willing to invite their unchurched friends and relatives . . . they just wanted it to happen. Without prayer. Without sacrifice. Without hard work.” (And, I might add, without the messiness that new converts make in the church. I believe that is a major reason why we do not evangelize. It is messy.)

I recall doing an evangelism seminar at one of our churches and then being asked back to do another the next year. When I asked what had been done since the previous visit the silence was deafening. Not one thing had been done. When residents in the immediate vicinity of this church were surveyed and asked, “What do you know about that church, the one located right over there?” the answers were uniform: people knew nothing about their neighborhood local church.

Rainer correctly assesses the damage: “Members of the dying churches really didn’t want growth unless that growth met their preferences and allowed them to remain comfortable.”This is when the church becomes “a religious cushion,” according to C. John Miller. Miller, in Outgrowing the Ingrown Church,2 observes, “Among conservatives and evangelicals, its primary mission all too often is to function as a preaching station where Christians gather to hear the gospel . . . to be reassured that liberals are mistaken about God and Hell, and to renew one’s sense of well being.”In my two-week intensive course on evangelism taught to seminarians, I have made this book required reading. Almost all of them relate how this book describes the churches they know.

Richard DeRidder (one of our own, by the way) comments on such a cushioned church: “the church becomes only the place where certain things are done [he is referring to the Belgic XXIX on how the confession defines the church] and it is not looked upon as a group called into existence to do something . . . a commissioned church with a responsibility to bring in the harvest of non-Christians from the field of the world.”3While wanting to be confessionally Reformed churches, we must never lose sight of the reason for our existence. We have not been called out of darkness into the light for the sake of ourselves. Called to worship God, we are called to bring others along to worship him also.

Change must begin in our pulpits, the steering rudder of any church. Yet here too, orthodusty can be found. I recall talking to Reverend Peter DeJong, former editor of this publication, about a funeral he attended some years ago. “How did the service go, sir?” I inquired. “Well, you wouldn’t disagree with a word the man said. But you wouldn’t know he believed a word of it.” A funeral sermon intended to afflict the comfortable and comfort the afflicted lacked heart and passion—orthodusty once more. This is the reputation we have gained among many. A good friend was recently asked, “What comes to mind when describing Reformed/Presbyterian preaching?” His reply:

I’m being clear and I’m not joking, It’s terrible! When I go to the average, run-of-the-mill Presbyterian/Reformed/Dutch churches (pick from the alphabet soup of conservative denominations: OPC, PCA, CRE, ARP, URC, CRC, Free Reformed, Heritage Reformed, etc.), you get a lecture with an academic-type exposition of the Word and usually, if one was honest, you find yourself hard pressed not to fall asleep. Usually the lecture is devoid of real-world metaphors/imagery/example, no less a coherent theme or thought that is etched across the lecture (it’s hard to call it a sermon). It is generally uncontextualized so as to galvanize the conscience into action that is consistent with biblical obedience. As such, it doesn’t create a connection between the twenty-first-century listener and the writer of the text (whatever it may be), and the thrust of what is being communicated from the Word. In this sense it’s hard to be edified. My experience is that men have a difficult time crafting a simple and compelling introduction to a sermon/lecture, and often times they present incongruent musings that in reality reflect the ramblings of one wandering in the theological wilderness ranging from Dan to Beersheba.

What is the cure for our orthodusty? Spiritual problems call for spiritual solutions. I suggest the following:

Serious, prayerful self-examination. Just as this needs to be done prior to communion, so it should be done periodically as a church, especially the leaders. I suggest regular review of the church’s mission, purpose, and how its ministries are or are not serving those ends.

Pray for the Head of the church to lead, feed, and guide you to his intended purposes.

Repent of any and all forms of traditionalism that impede your mission. Confess them to the Lord who is ready to forgive us all our sins.

Seek counsel. Proverbs tells us this is wise. I suggest reading Rainer, Miller, and others. As Bereans, search yourselves in light of the Scriptures they reference.

Be willing to change, radically if necessary, and reform according to the Scriptures. Practice semper reformanda.

Allow change to lead to action and a new upward and outward focus.

When these steps are followed you will have become a new, truly orthodox church.

1. Thom Rainer, Autopsy of a Deceased Church (Nashville, TN: B & H, 2014). This book is the result of analyzing fourteen churches that closed their doors.

Rev. Paul T. Murphy is the missionary pastor of Messiah’s Reformed Fellowship (URCNA) in Hell’s Kitchen, NYC. He has been an elder and pastor for more than thirty years.